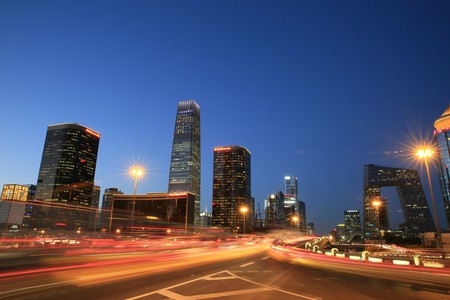 Many countries around the world have put self-driving cars on their roads, but until now China hasn’t officially tested automated vehicles on its streets. That’s about to change.

China is the largest automobile market in the world, and since 2009, production of cars in the country have exceeded that of the U.S., the E.U., and Japan combined. So it makes sense that the country will be an important testing ground for what could be the future of transport.

But any foreign companies looking to introduce self-driving cars in China have been dealt a blow, as the country has reportedly blocked non-Chinese firms from mapping its roads, according to the Financial Times. In order to test automated vehicles, companies first have to produce detailed maps of the area. This information is fed into the systems of the vehicles, and together with real-time data from sensors, helps the car or truck navigate safely.

However, China is worried that foreign agents could use the premise of the technology for spying. China has been concerned for a long time that outside agents will be able to map the country too closely, and find out what is where. This means if you’re visiting China you’re not allowed to perform a geographical survey and most digital cameras won’t record GPS coordinates when you take a photo in China.

These restrictions don’t apply to Chinese companies, and there was further good news at the end of 2017 for developers of autonomous vehicles. The Beijing Municipal Transport Commission released a statement saying that on certain roads and under the right conditions, companies registered in China will be allowed to test self-driving cars in the city.

A year ago autonomous vehicles were banned from the roads of China, as the government wanted to put regulation in place. Under the new regulations, companies will be able to apply for temporary permission to test vehicles on certain roads, providing they have traffic accident liability insurance and a human behind the wheel in case anything goes wrong.

One Chinese company is perhaps pursuing the most aggressive self-driving car plans in the world. The Internet giant Baidu announced its ambitions in October 2017 at The Wall Street Journal’s WSJ D.Live conference. The company wants to roll out fully automated buses in China in 2018, produce semi-driverless cars by 2019, and fully automated vehicles by 2021.

China will now join a number of countries around the world which have already begun testing self-driving cars. These include Singapore, the U.S., the U.K., and France.