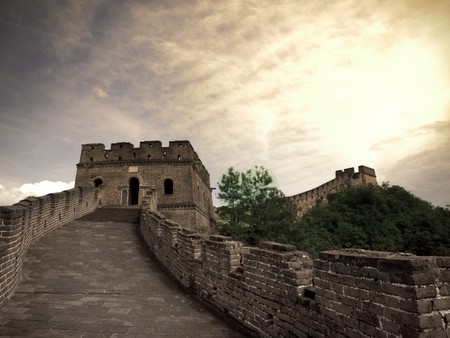 The Artprice organisation issue an annual report on the global art market every year, with a list of the top 500 international artists ranked by sales during that particular year. Chinese artists are perhaps amongst the most up-and-coming creative minds of recent times – we list the 10 most expensive Chinese contemporary artists living today, according to Artprice’s contemporary art report 2013/2014. 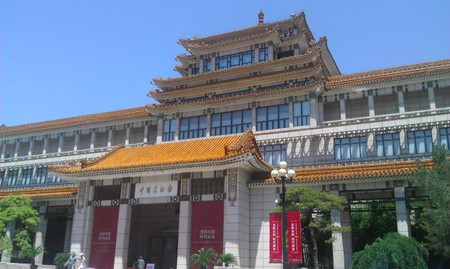 Fang Chuxiong ranks 28th on Artprice’s Top 500 with an auction turnover of 7.8 million euros and the top hammer price of 286,000 euros. Again, like other ink and brush artists such as He Jiaying and Liu Dawei, he appeals to the market which favours traditional and conservative styles, reminiscent of ancient masters with a contemporary flavour. In 2008, Bonham’s in Hong Kong sold ‘Five Mice’, a 66 x 66 cm hanging scroll, for HKD14,400 (around $1,800). Fang is a very prolific artist and local Chinese auctions seem to make quite a turnover with his work. Suffice to say, when browsing the long list of works sold by China Guardian one can catch a glimpse of the popularity of such artistic styles amongst Chinese collectors.

He Jiaying is 20th in Artprice’s Top 500, with an auction turnover of 11.3 million euros. Christie’s Hong Kong sold his ‘Nude’ in May 2014 for $472,000. Hu Yanyan, Vice President of China Guardian, told Forbes that the Chinese contemporary artists with the best potential ‘integrate traditional Chinese elements with individuality’. An example she gave was He Jiaying, who paints modern figures and female nudes with Chinese ink wash. He is part of that market that favours the traditional and conservative, like fellow artist Liu Dawei.

Liu Dawei ranks 17th in Artprice’s Top 500, with a turnover of 12.3 million euros. In 2014, he ranked ninth among the top ten in the Hurun List. Commanding prices in the six figure range for his brush and ink works, he sells many of his works at Chinese auctions. He is a favourite among Chinese collectors who are looking for contemporary artists working in ink and brush painting, with a traditional vein, both in style and in themes and representation. Liu Dawei is greatly appreciated and favoured by local wealthy collectors who are interested in the traditional and conservative side of contemporary art. This is an important aspect in the Chinese art world, the coexisting of two main markets for contemporary art: one that favours traditional and conservative art, another that seeks the more non-conformist and international art. 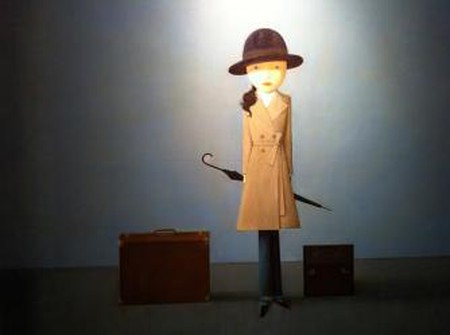 Liu Ye ranks 22nd on Artprice’s Top 500, with an auction turnover of 10.7 million euros and the top hammer price of 3.5 million euros. In 2010, Liu Ye’s ‘Bright Road’ made a record HKD19.1 million ($2.5 million) at Sotheby’s Hong Kong spring sales, demonstrating how the demand for top Chinese contemporary artists had returned after the economic crisis. In October 2011, Liu’s ‘Portrait of Qi Baishi’ sold at Sotheby’s Hong Kong for $1.8 million, while at the same time at Christie’s Hong Kong, ‘Blue Sea’ sold for $1.82 million. Liu’s style is instantly recognisable, inspired by childhood memories rearranged in different contexts. Many of his subjects are stylised children, with round faces and pink cheeks and his paintings are rendered in bright vibrant colours, all elements that lend the artist a certain naïveté in style.

Luo Zhongli is a master of Chinese realism, painting rural life and portraits. He is ranked 8th in Artprice’s Top 500, with an auction turnover of almost 25 million euros. At the ‘Era of Asia’ sale at Christie’s Hong Kong (November 2013), his 1980 ‘Spring Silkworms’ fetched HKD49,400,000 ($6,403,925), almost ten times its maximum estimate of HKD10,000,000, breaking his world auction record. Luo Zhongli and his contemporaries were among those who managed to break free from the political indoctrination of the 1950s-1970s. It wasn’t until the end of the seventies that artists were able to break free from the political, official rules of artistry and reveal a new truth in the representation of peasants. ‘Scar Art’, which emerged after the Cultural Revolution, was an art form which aimed to reflect the reality of Chinese society by critically revealing the darker side of the revolution. Luo’s ‘social realist’ oeuvre on peasants’ lives bear the trademark of these times, marking the historic turn of Chinese art away from didacticism and towards the deeper social, personal and artistic truths.

Wang Yidong ranks 21st on Artprice’s Top 500, with an auction turnover of 11.2 million euros, and the most expensive artwork sold at almost 2.2 million euros. Wang is one of the most influential Chinese realist artists living today and in Spring 2013, Sotheby’s Hong Kong sold three of his important early masterpieces, including ‘Teasing the Newlyweds’, which fetched HKD19 million or $2.4 million; ‘The Letter’ (2006), a 100 x 150 cm oil on canvas, sold for about $1.55 million at Sotheby’s Hong Kong Anniversary sale in October 2013 and a month later, at Christie’s Hong Kong. ‘Lucky Day’ (1996) sold for almost $1.1 million.

In 1994, he and a number of artists including Ai Xuan and Yang Feiyun, established a group called Beijing Realism, which aimed to support Realism in art. After Shanghai artist Chen Yifei joined the group, the name changed to China Realism to expand its geographical scope. Several of its members are selling well at auctions, with Chen Yifei in first place.

Wang is one of the best-selling artists in Beijing, where the local market and collectors seem to favour more traditional or conservative styles.

Zeng Fanzhi ranked 4th in Artprice’s top 500, with an auction turnover of almost 59.7 million euros. He is, to this day, the uncontested leader of the Chinese contemporary art scene, commanding millions for his works at auction. At the Era of Asia sale at Christie’s Hong Kong (November 2013), his early work ‘Hospital Triptych No. 3’ registered as the most expensive work sold at the auction for HKD113,240,000 ($14,700,000). At the Sotheby’s Hong Kong 40th Anniversary Sale (October 2013), Zeng Fanzhi’s ‘The Last Supper’ broke the record for the most expensive Asian contemporary artwork sold at auction, at a record-breaking HKD180.4 million ($23.3 million). ‘The Last Supper’, from Zeng’s ‘Mask’ series, is a large-scale work based on Leonardo da Vinci’s painting of the same name. Instead of showing Jesus and the Apostles in historical garb, Zeng substitutes his figures with masked Young Pioneers, a Chinese Communist youth group. The ‘Judas’ figure sports a gold tie, a metaphor that Zeng uses to represent Western capitalism. The piece was sold by Swiss collectors Guy and Myriam Ullens de Schooten. 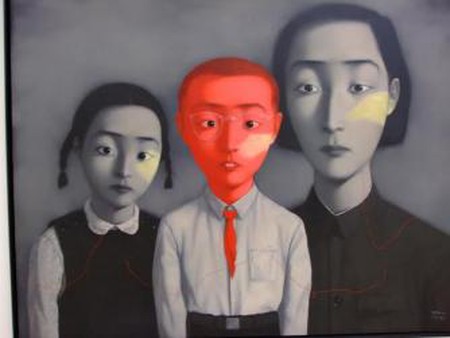 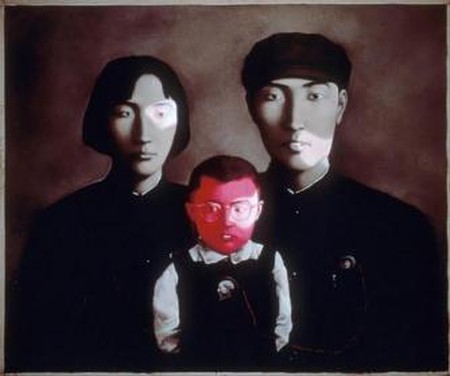 Zhang Xiaogang ranks 10th in Artprice’s Top 500, with an auction turnover of around 20.8 million euros. In 2003, A big family (1995), from Zhang Xiaogang’s Bloodlines series, sold at Christie’s Hong Kong for $76,000, a sale that marked the beginning of Zhang’s prominence at auction, which made him the most expensive living painter among Chinese artists as of 2012. Sotheby’s Modern and Contemporary Asian Art evening auction on 5 April 2014, brought home big sales, with Zhang Xiaogang’s ‘Bloodline: Big Family N°3’ (1995) selling at $12,147,090 (HKD94,2 million). The same work sold at Sotheby’s in 2008 for half the price. According to ArtNet, the 2014 sale breaks the artist’s previous auction record of $10.1 million (HKD79 million) for his triptych ‘Forever Lasting Love’ (1988) sold in April 2011 at Sotheby’s Hong Kong.

Zhou Chunya ranks 12th in Artprice’s Top 500, with an auction turnover of circa 7.5 million euros. The artist was ranked as the top selling Chinese artist in 2012 in the Hurun Top 100 List. At 58, he was the youngest artist to make the top 10 list with a record-breaking auction turnover of $75 million, followed by $73 million of Zeng Fanzhi. In 2012, as many as 222 paintings of his sold at auction, the most expensive of which went for $4.79 million. In 2014, Zhou is third on the top ten Hurun List, whilst Zeng Fanzhi, naturally, has become first.

Zhou still remains highly sought after at auction and sells in the millions. Zhou is renowned for his paintings of garden ‘scholar’s rocks’, the use of bright pink and his iconic dogs, both in paintings and sculptures, embodied in bright green and pink.