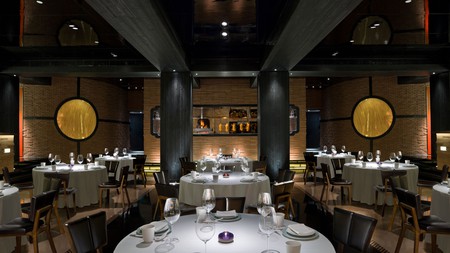 Running the gamut from Imperial cuisine to Huaiyang and Cantonese, Beijing’s Michelin-star restaurants capture the brilliant diversity of the local food scene. Here are six that are worth a visit and four honourable mentions that the inspectors overlooked.

The Chinese capital’s culinary offerings have recently been subjected to rigorous taste tests. And Fuchsia Dunlop, an award-winning author and cook specialising in Chinese cuisine, is happy that organisations such as Michelin are turning their attention to China.

However, Dunlop remains a little sceptical on the suitability of the Michelin system for assessing Chinese restaurants. “Restaurants are assessed by lone inspectors, and many excellent restaurants serve food family style – so it’s simply impossible for someone dining alone to fully experience what such restaurants can offer,” says Dunlop.

Dunlop argues: “Also, I think awareness of the Michelin Guides among Chinese chefs is perhaps creating a sense that they need to make themselves more Michelin-friendly rather than simply striving to showcase Chinese cuisines on their own terms, which is a shame.”

Here Dunlop guides us through some of Beijing’s key cuisines, and Culture Trip chooses six Michelin-star restaurants – and four that the inspectors missed – that best represent those flavours. 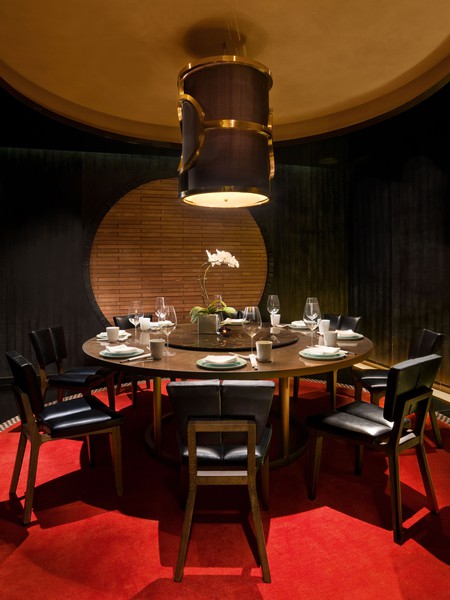 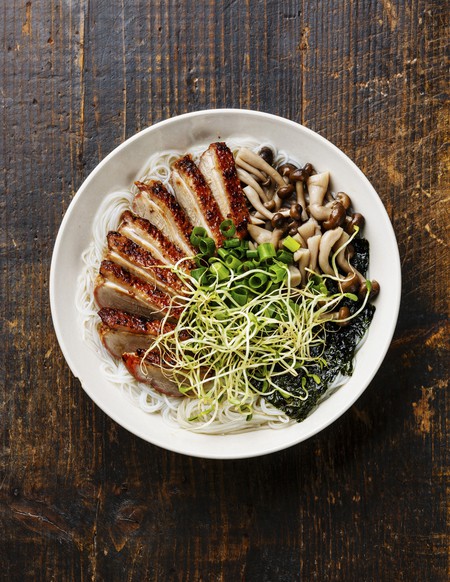 Peking duck is Beijing’s most famous dish, and should not be missed | © The Picture Pantry / Getty Images

Da Dong for the best peking duck in Beijing

Restaurant, Chinese, $$$
Facebook
Email
Twitter
Pinterest
Copy link
Share
Map View
For the past 24 years, Da Dong restaurant has been serving some of the best peking duck in Beijing, a feat that has finally been recognised by two Michelin stars – one for each branch. Perfected by chef Da Dong, after whom the restaurant is named, the recipe involves pumping air beneath the skin of the duck before roasting it in a wood-fired oven. The fowl even features on In Search of Perfection, a TV series about food hosted by The Fat Duck chef Heston Blumenthal. The up-market restaurant also serves abalone, foie gras and caviar dishes, but it’s best to stick with the peking duck. Reserve your table at the historic Nanxincang branch (the former royal barns of the Ming and Qing dynasties) for the best ambience.
Open In Google Maps
Dong Si Shi Tiao, Dongcheng Qu Beijing Shi, China
+861051690329
Visit Website
Give us feedback

Jing Yaa Tang for roast duck that veers from tradition 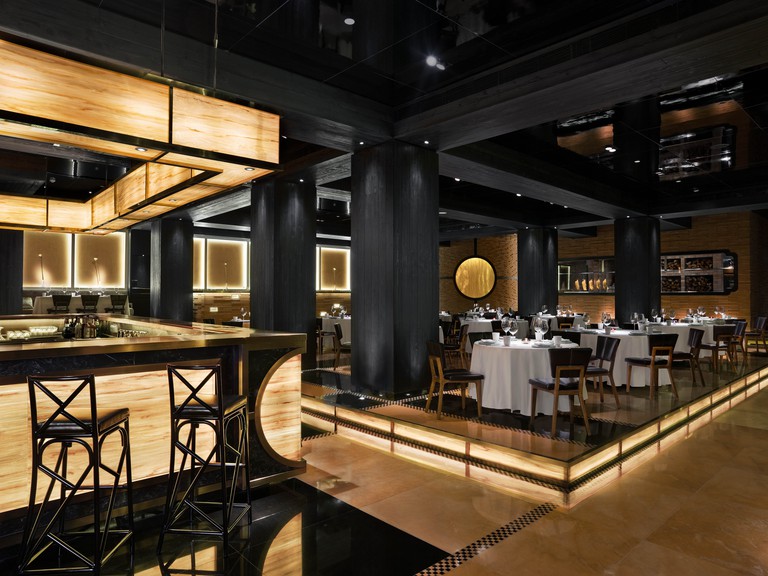 Helmed by Beijing chef Li Dong, this newly minted one-Michelin-star restaurant is a strong contender for the capital’s second-best roast duck. Jing Yaa Tang employs a decidedly different approach to China’s signature dish. The method involves putting soup into the duck before cooking it and then roasting it with jujube wood. The result is succulently tender meat infused with a touch of fruity, smoky sweetness. And unlike most restaurants, it doesn’t do a second service with the duck bones – usually a soup or stir-fried mince to wrap in cabbage. Instead, duck soup is available à la carte, made from 20 ducks boiled over six hours, and worth a separate order. Make sure to try the cold dish of cherry tomatoes marinated with sour plums – a refreshing palate cleanser to balance the meaty richness of the duck.

Located near the Lama Temple, King’s Joy is set in a traditional siheyuan courtyard surrounded by lush foliage – a clean, green ambience that is reflected in the organic vegetarian cuisine. The kitchen is run by chef Pan Jianjun – formerly a disciple at Donglin Monastery in Jiangxi Province – whose dishes feature revelatory ingredients, from fox nuts to honey locusts. Most of the produce is sourced locally, save for a few exceptions such as the monkey’s head mushroom (sourced from Yunnan), which features in a popular dish that resembles sweet-and-sour pork. Experiencing this two-Michelin-star restaurant during the dinner service is highly recommended. Set menus start from ¥738 (£82.50).

Family Li Imperial Cuisine for food from the royal kitchens

Family Li Imperial Cuisine serves food that was once fit for emperors and empresses. The family-run restaurant recreates dishes once served in the kitchens of the Forbidden Palace during the Qing Dynasty. The secret recipes were smuggled out by the founder Li Shanlin’s grandfather, who worked in the imperial court, and are now being cooked by the fourth generation of Lis at this historic siheyuan restaurant. Set menus begin at ¥298 (£33.30), but choose the mid-range menu (¥600 or £67) to enjoy the breadth and complexity of flavours. Pass on the luxurious ingredients of abalone, birds’ nests and sharks’ fins. Instead, order the humble dishes: sweet-and-sour pork ribs, Beijing smoked pork, and fried egg custard – a favourite of Empress Dowager Cixi. 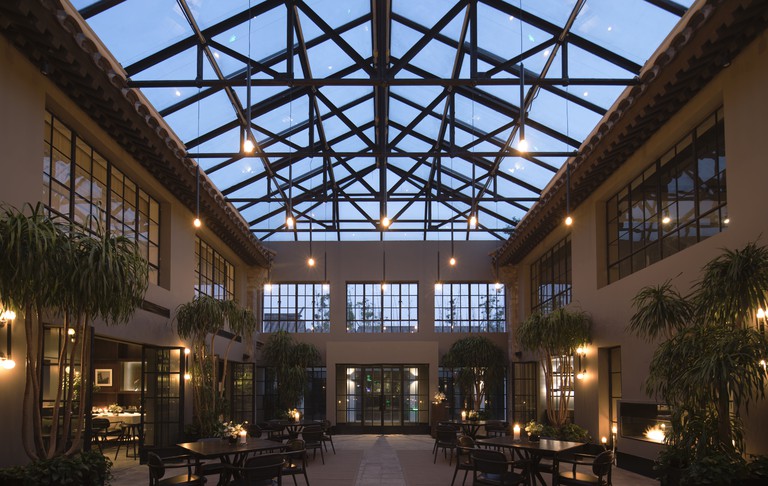 Launched by Georg Jensen, this flagship restaurant lies inside a converted siheyuan courtyard and features Scandinavian minimalist decor. During the day, the space lets in plenty of light through the vaulted glass ceilings, and by night, there’s a central fireplace and plenty of warm candlelight to set the scene for a romantic date. The kitchen is manned by Beijing chef Wang Bin, who combines classical French training, Nordic cooking methods and Asian flourishes. His dishes showcase the natural flavours of the ingredients, which are always fresh and seasonal, often by smoking or curing them to create a delicate alchemy of tastes.

Chuan Ban for Sichuanese cuisine that packs a punch

“One of my favourite activities in Beijing is visiting the regional government restaurants,” notes Dunlop. Many Chinese provinces have an outpost restaurant in Beijing, which showcases the typical dishes from their regions, and the best known is Chuan Ban, a restaurant that represents the spicy flavours of Sichuan. Like many regional government restaurants, this perennial favourite is not the most attractive in terms of decor but offers a delicious overview of the main specialities. Follow the stars on the menu to gauge spice levels, and don’t leave without trying the shuizhuyu (fish boiled in spicy oil).

“No one should leave Beijing without trying the so-called ‘Mongolian hotpot’ or shuan yang rou (scalded mutton),” says Dunlop. And the best place to try it is at Bao Du Feng Jing Sheng Long, which recently won its place on the Bib Gourmand list. Here, each table has its a steaming copper pot filled with burning charcoal in its chimney, where you can cook slices of lamb to your liking. The à la carte menu includes 13 different varieties of lamb tripe, and the shaobing (fried wheat flour buns) are the perfect accompaniment to your meal. The average cost clocks in at around ¥120 (£13.40) per person, which also includes hearty portions of tofu and vegetables to cook in the broth.

Beijing zhajiangmian is a traditional classic (cold wheat noodles cooked al dente, served with a colourful assortment of fresh vegetables and minced pork, and topped with a rich, fermented black bean paste). While vegetarian variations are available at other restaurants, Fang Zhuang Chang No 69 Zha Jiang Mian only has one thing on the menu and does an excellent job of it. The local diner recently earned a place on the Bib Gourmand list for its springy noodles, savoury-sweet soybean paste and house-made cumin-chilli sauce.

Duck de Chine for roast duck in a regal courtyard

The beautiful regal traditional courtyard that houses Duck de Chine warrants a visit just for the decor and ambience. The imperial peking duck (¥388 or £43.40) is crispy and tender and comes with a home-made hoisin sauce, cucumbers, pickled radish and leeks. The seafood rice and other dishes on the menu reflect regional flavours and are well worth the calories.

Gourmet, Traditional
Give us feedback