Ai Weiwei, Exhibition view in Galleria Continua Beijing, 2015 | © Oak Taylor-Smith / Courtesy of GALLERIA CONTINUA, San Gimignano / Beijing / Les Moulins / Habana
China’s capital city has established itself on the international contemporary art scene as once-overlooked emerging artists make their way into the spotlight next to well-established Chinese artists such as Ai Weiwei and Zhang Huan. A vanguard of Chinese contemporary art, Beijing has matured and diversified to support a dynamic range of exhibition spaces in the Danshanzi 798 Art Zone (a former industrial area inhabited by Bauhaus-style factory buildings), and the funky, up-and-coming Caochangdi District. We profile ten of the best contemporary art galleries across Beijing.

Founded in 2007 by Belgian philanthropists Guy and Myriam Ullens de Schooten, the Ullens Center for Contemporary Art is an internationally-acclaimed non-profit organization located in the heart of Beijing’s 798 Art District. Housed in a strikingly refurbished Bauhaus-style factory, UCCA has become one of the district’s main attractions, credited with raising the local art scene to an international level. UCCA exhibits a dynamic range of works by an impressive roster of international contemporary artists, while maintaining support for the local art community. The exhibition space now holds one of the largest collections of contemporary Chinese art in the world, and continues to host talks, workshops, performance pieces, and film screenings. 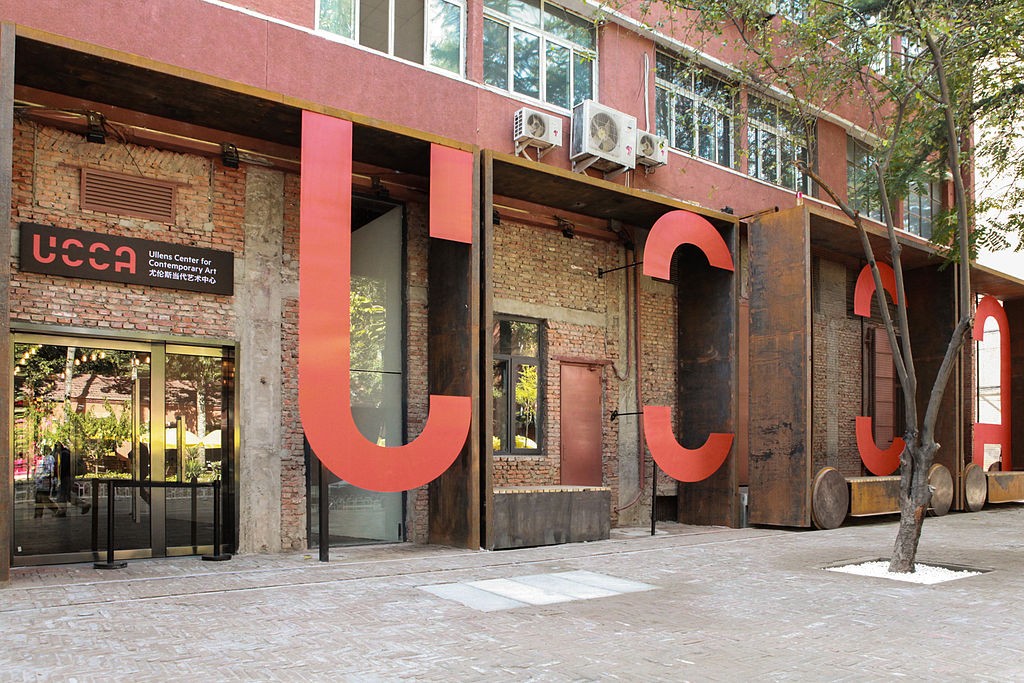 Art Gallery
Beijing Commune was established in 2004 by critic and curator Leng Lin, who now serves as President of Pace Beijing. Initially hosting group shows before shifting focus to solo exhibitions, the Commune has served as an essential platform for the success of artists such as Zhang Xiaogang, Yue Minjun, and Song Dong, whose solo project titled Waste Not was installed at MoMA in New York City in 2009. Beijing Commune continues to embrace and promote Chinese contemporary art and its emerging talents through the exhibition of paintings, sculpture, video art, photography, and conceptual art.
More Info
Open In Google Maps
Chaoyang Beijing, China
View menu
Visit website
Visit Facebook page
Send an Email
Give us feedback

Art Gallery, Store
Galleria Continua was founded in 1990 by Mario Cristiani, Lorenzo Fiaschi, and Maurizio Rigillo. Originally housed in an old cinema in the historical town of San Gimignano, Italy, the gallery’s unconventional location fostered its quirky reputation, which garnered international attention and subsequent acclaim. Embracing its re-purposed setting, the gallery’s mission was and remains to create a dialogue between tradition and progress; history and the future. In 2005, Galleria Continua launched a new exhibition space in Beijing, and another in Le Moulin, France in 2007. Beijing’s inaugural show exhibited 16 artists from five continents, significant for being one of the first Chinese initiatives by a Western gallery. Thus Galleria Continua merged Eastern and Western audiences at a time when this convergence was still uncommon. The gallery’s three-storey space continues to exhibit Italian and international contemporary art, each exhibition uniquely devised and tailor-made for the space by the artist.
More Info
Open In Google Maps
Duobao Road, Fangshan Qu Beijing Shi, China
View menu
Visit website
Visit Facebook page
Send an Email
Give us feedback

Art Gallery
Situated down an unassuming hutong (old alleyway) behind the Beijing Temple of Confucius, this small exhibition space is one of the city’s most innovative galleries. Founded in 2008 by Rania Ho and Wang Wei, Arrow Factory is a world away from its neighbors; this 15-square-meter space is a transformed vegetable stand. Designed to be viewed from the outside looking in, Arrow Factory hosts site-specific installations by local and international artists, day and night. A brilliant response to Beijing’s over-commercialization, Arrow Factory is nothing short of a modest set-up that is undoubtedly worth the detour.
More Info
Open In Google Maps
38 Jianchang Hutong, Dongcheng Qu Beijing Shi, 100088, China
View menu
Visit website
Visit Facebook page
Send an Email
Give us feedback

Located up a quiet road in the vibrant Caochangdi art district, Three Shadows Photography Art Centre is Beijing’s premiere photography venue and the first of its kind in China to be exclusively dedicated to contemporary photography and video art practices. Launched in 2007 by a husband-and-wife duo who are photographers by trade, the center hosts landmark exhibitions by a selection of talented Chinese and international photographers. The complex, which was designed by acclaimed contemporary artist Ai Weiwei, features 880 square-meters of gallery space, a library, café, darkrooms, production studios, and spaces for workshops and artists-in-residence. The main center operates as a non-profit organization, but their +3 Gallery branch serves as their commercial venture.

Launched in 2004, Beijing Art Now Gallery is located inside the former Beijing Workers’ Stadium. In 2007, the gallery opened a second location in Shanghai’s M50 art district. The gallery’s primary mission is to support Chinese contemporary art in China, and to preserve it within the context of a global art history. To that end, BANG has collaborated with institutions from France, Germany, and Japan, amongst others, and exhibited at numerous art fairs such as Art Basel and the Bologna Art Fair. Exhibitions typically showcase the best of China’s avant-garde artists, including Zhang Fazhi, Wang Mai, and Qin Qi. Overlooking a lake, the space outside of the gallery is equally picturesque. 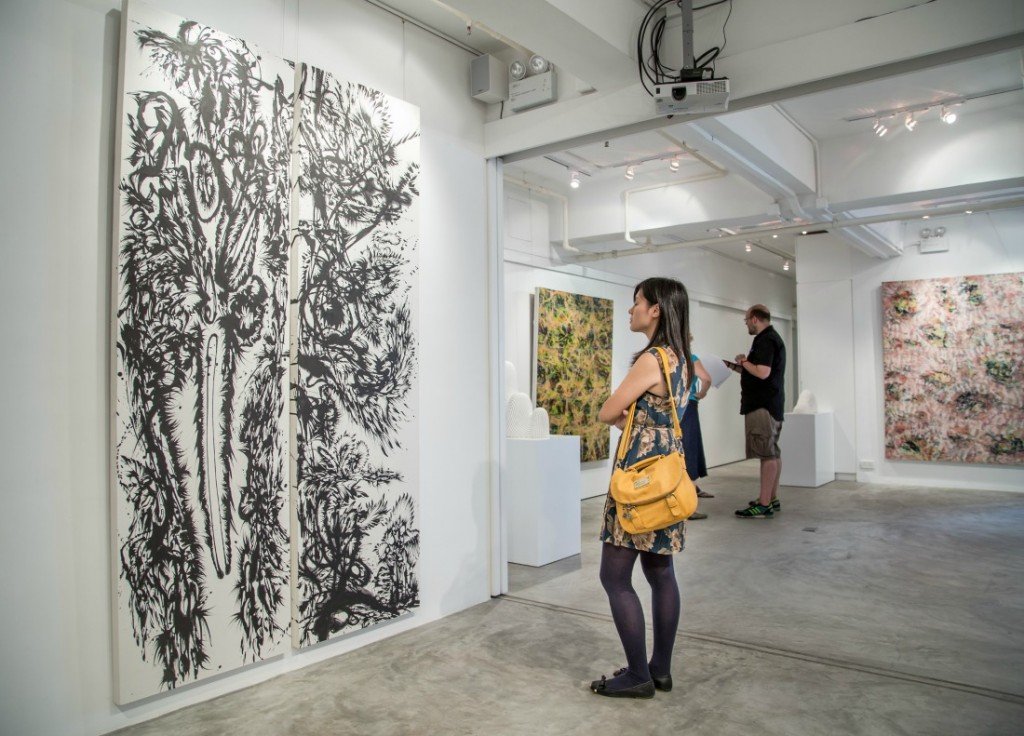 Art Gallery
Pékin Fine Arts was established by 20 plus-year Beijing resident Meg Maggio, who also co-founded the now defunct but then-trailblazing CourtYard Gallery. Established in 2005, Pékin Fine Arts carries on in the same vein, exhibiting the most innovative Asian artists in solo shows and through collaborations with overseas galleries. Pékin Fine Arts was named one of the top galleries in Beijing by The New York Times, and one of the top ten places to buy Chinese art in Beijing by Forbes.The gallery’s exhibition space was designed by Ai Weiwei, who’s had a hand in several of the most prominent spaces in Caochangdi.
More Info
Open In Google Maps
241 草场地, Chaoyang Qu Beijing Shi, China
+861051273220
View menu
Visit website
Visit Facebook page
Send an Email
Give us feedback

The Red Gate Gallery is situated atop the magnificent 16th century Dongbianmen Watchtower, occupying a prominent position in the city’s cultural landscape as one of its first private contemporary galleries. It was opened in 1991 by Australian-born Brian Wallace, who’s been involved in the city’s burgeoning art scene since his arrival as a student in the 1980s. With a world-renowned reputation for showcasing the best emerging local and international artists with up to eight solo shows per year alongside a strong residency program, Red Gate continues to shape the city’s artistic identity.