An Introduction to the Different Kinds of Martial Arts in China 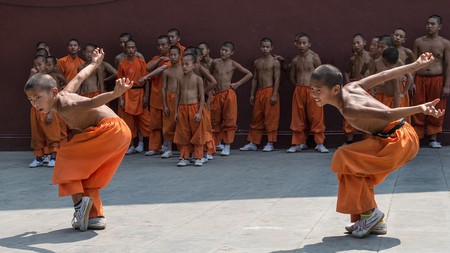 Typically referred to by the blanket term “Kung Fu” in the west, Chinese martial arts come in many forms. Kung Fu is a compound of the words gong, meaning work, and fu, meaning merit. Thus, Fung Fu is any skill that is acquired through learning and practice. Its styles are many and its history, storied. From the aunties in the park to the Shaolin monks, everyone is, in fact, Kung Fu fighting.

Taiji Quan, or Tai Chi as it is more commonly known, is perhaps more associated with peaceful old ladies in the park than with powerful martial arts, but Tai Chi is practised for both its health benefits and as defence training. Typified by its slow movements, the art form is said to date back to the 12th century Taoist monk Zhang Sanfeng, although such claims remain unsubstantiated. Its philosophy, however, is certain. Meeting brute force with brute force is sure to leave both sides injured. Meeting brute force with softness, on the other hand, allows the incoming force to exhaust itself so it can more easily be redirected. 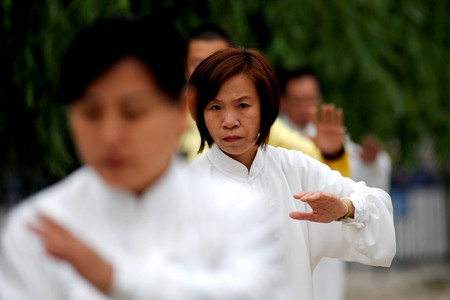 Like Tai Chi, Wing Chun is based on a philosophy of counter-attacking. It involves close-range striking and grappling and is often practiced on a wooden dummy. Relaxation and calmness are central to Wing Chun’s fighting style, as it is believed that one who excels in fighting is never aroused in anger. Wing Chun’s two most famous practitioners are the master-teacher Ip Man and his famed pupil, Bruce Lee. 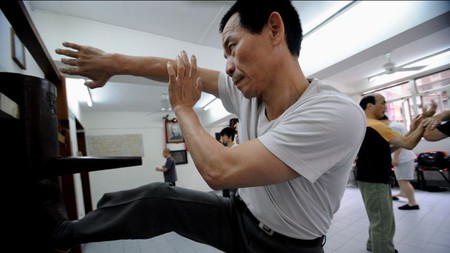 Baji Quan, meaning eight extreme fists, is much more forceful in style than Tai Chi or Wing Chun. It features explosive, short-range motions. Its tactics involve opening the opponent’s arms to mount leveled attacks, focusing on elbow, knee, shoulder, and hip strikes. The first record of the martial art dates it to the early 1700s, in China’s north-central Hebei province. 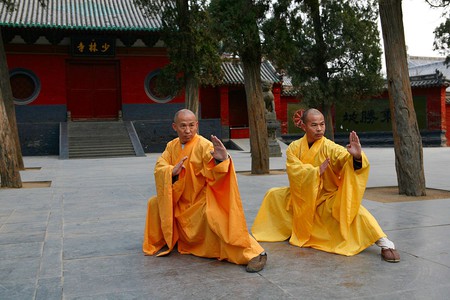 Sanda, also known as Sanshou or Chinese kickboxing, was originally developed by the Chinese military as a mixture of traditional Kung Fu and modern combat practices. The sport variation is similar to Muay Thai, but with many more grappling techniques. The term has come to represent a number of curricula under the umbrella of Mixed Martial Arts. 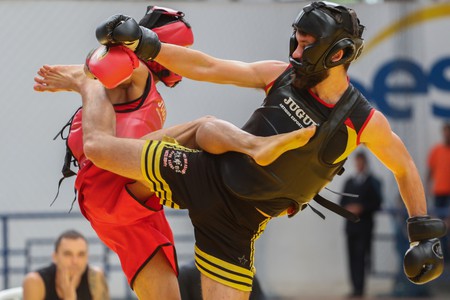 Taking its name from the trigrams of Taoist philosophy, Bagua Zhang is focused on the practice of “circle walking,” which involves walking around the edge of a circle in low stances, facing the center and periodically changing direction. An “internal” fighting style like Tai Chi, Bagua Zhang may also incorporate one of several weapons, such as a crescent-shaped knife or broadsword. 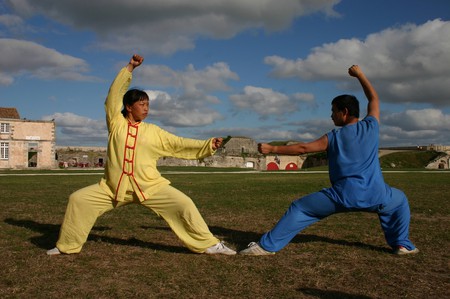 Another aggressive style is Chow Gar, from the Southern Praying Mantis school of martial arts, associated with the Hakka people. The style draws on 36 basic movements, many of which are focused on the hands. According to legend, the founder of Chow Gar was inspired by a praying mantis fighting off a blackbird by using quick, sudden movements. 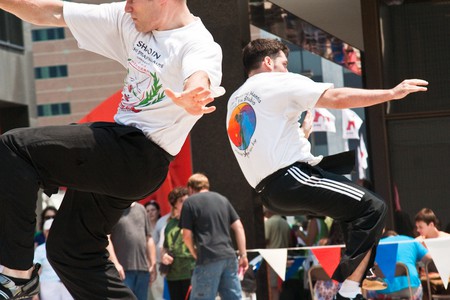