An Introduction to China's Tibetan People 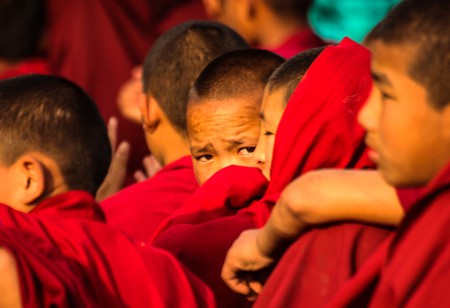 Tibetans are one of China’s largest and most visible ethnic groups, thanks in part to their unique culture, long history, and complicated relationship with the Chinese government. Let’s learn a bit more about them.

As far as terminology goes, “Tibetan” is too vague a term to cover all of China’s 6 million people identified under that umbrella. While it’s easy to generalize all those who live in Tibet as “Tibetan,” there are non Tibetans who live in the area and Tibetans who live outside of the area. Furthermore, Tibetan subgroups must be considered as well. The three main ones are Changri, Nachan, and Hor, which in turn have another 51 sub-tribes. This division accounts for a difference in ancestry, as well as in homeland. However, as a single term simplifies the characterization of the group, the term Tibetan will continue to be used throughout this article.

The majority of Tibetans live in Tibet, which became a part of modern China in 1950. It is known on the mainland as the Tibetan Autonomous Region, or Xizang. By most definitions, Tibet is China’s most remote province, being located on the world’s highest plateau, and being strictly controlled by the Chinese government. In fact, all visitors, both Chinese or otherwise, must obtain a special visa or permit before entering the region.

The capital of Tibet is Lhasa, a city with a visible identity crisis. While the eastern half contains extremely well-preserved Tibetan culture, with locals frequently engaging in the traditional act of kora (a clockwise walking meditation around a sacred site), the western half is nearly indistinguishable from any other Chinese city.

Nearly all other Chinese Tibetans live in the ten Tibetan Autonomous Prefectures located throughout Qinghai, Sichuan, and Gansu provinces.

The Tibetan homeland is an unforgiving, yet beautiful environment. Over thousands of years, Tibetans have learned to adapt to high altitudes, and recently scientists have discovered biological traits that have made this possible. For instance, Tibetans carry a gene that helps their blood absorb oxygen better, as well as increased levels of nitric oxide, which aids in the release of oxygen to the tissue. 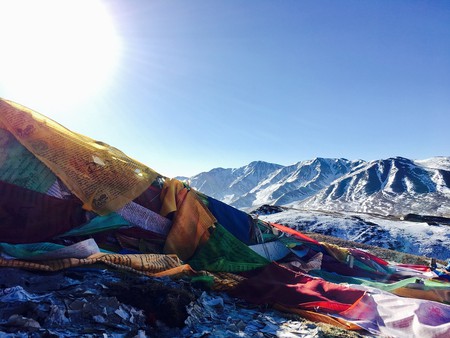 Most scholars believe that Tibetans are descended from the ancient Qiang people, noted as the ancestors of many southwestern Chinese ethnic groups. Around five to six thousand years ago, Tibetans diverged from the Qiang and migrated south to the Himalayas. Various tribes and kingdoms formed and merged over the years until a powerful king named Namri Songtsen founded the Tibetan Empire. The king brought the majority of modern day Tibet, Qinghai, Gansu, Sichuan, and Yunnan provinces, as well as Nepal and Bangladesh under his control.

Due to the difficulty of travel over such wide and varied terrain, it became impossible for the Tibetan emperors to maintain centralized power. Towards the ninth century, Buddhism was also introduced to Tibetans, creating a clear split between the followers of this new religion and those who chose to adhere to the traditional Bön religion. Thus, Tibet remained largely fragmented until it was conquered by Mongols during the Yuan dynasty.

The Yuan is credited to this day as being one of the largest and most successful Chinese dynasties, despite being ruled by foreigners. Interestingly, Tibet remained largely separate from China during this time, being instead governed by the Bureau of Buddhist and Tibetan Affairs.

Following the downfall of the Yuan, Tibet enjoyed relative independence for 400 years, first being ruled by successive families and then by the Dalai Lama.

It was another foreign dynasty, this time the Qing, that finally brought Tibet under Chinese rule once again. What Tibet separatists tend to focus on, however, is Tibet’s annexation into the People’s Republic of China in 1950, a controversial decision that brought massive change and turmoil to Tibet throughout the twentieth and twenty-first centuries. 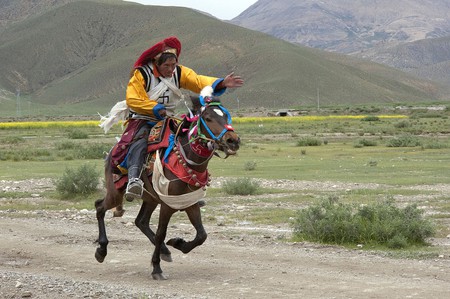 Despite the suppression of Tibetan culture, it lives on in many forms through the numerous Tibetan groups and tribes. Today, an estimated 10 percent of all Tibetans still adhere to the Bön religion, which believes in a series of household gods and shares many similarities with Tibetan Buddhism, thanks to the latter’s large influence on Tibet. In fact, it is theorized that Bön wasn’t thought of as a concrete religion until the introduction of a competing religion.

All other Tibetans adhere to Tibetan Buddhism, Islam, Christianity, or Hinduism, demonstrating once again the diverse nature of the ethnic group.

Across all Tibetans, innumerable traditions are practiced, from unique festivals to the creation of art. It would take several books to describe them all. 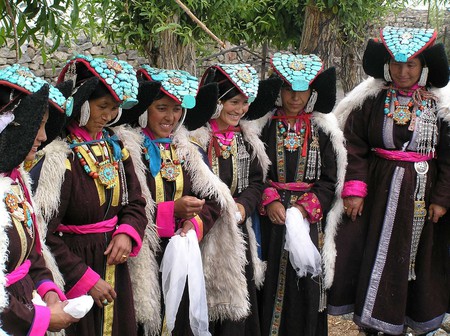 Due to Tibet’s cold and mountainous climate, Tibetans grow and eat few vegetables and herbs. Instead they rely on a meat, dairy, and barley-based diet. Popular dishes include yak or mutton stew, barley dumplings called momos, thukpa noodle soup, and a yak-butter tea that takes some getting used to. 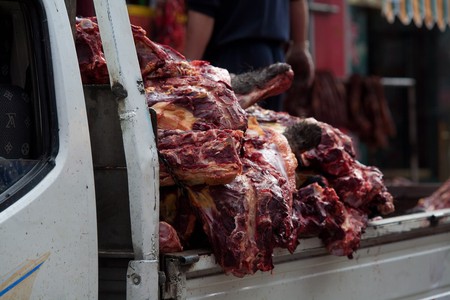