A Brief History Of Peking Duck 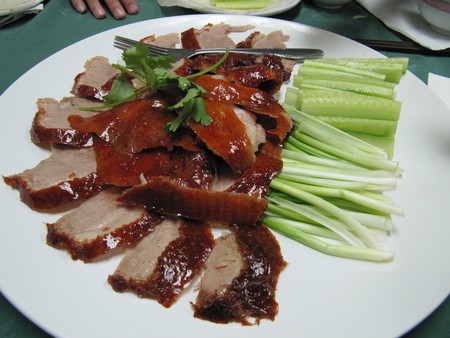 Peking duck is an iconic Beijing dish, consisting of thin pieces of tender, roasted duck meat and crispy skin wrapped in a thin crepe, along with sliced spring onions, cucumbers, and hoisin sauce or sweet bean sauce. Read on to learn more about the long history of this centuries-old imperial dish.

Evidence of preparing roasted duck in China goes as far back as the Southern and Northern dynasties (420-589). However, it wasn’t until the Yuan dynasty (1271-1368) that the dish’s association with the imperial court was first recorded, in the form of a 1330 cookbook by a royal dietary physician by the name of Hu Sihui. Hu’s recipe called for a rather elaborate preparation, where the duck was roasted inside the stomach of a sheep.

Interestingly, although Peking duck is named after Beijing (‘Peking’ is an older spelling), it originated in the former Chinese capital of Nanjing, which lies in the eastern province of Jiangsu. In the Ming dynasty, the imperial court moved to Beijing, bringing roasted duck along with it. By then, Peking duck was an established staple of imperial menus. In the Qing dynasty, Peking duck spread to the nobility, where the dish was much praised in the writings of scholars and poets. 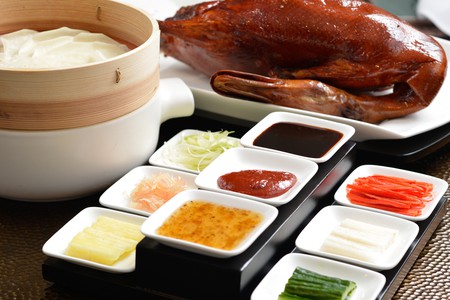 Even today, Peking duck retains its majestic connotations because of its specific and lengthy preparation. First, white-feathered ducks are raised in a free-range environment for 45 days, after which they are force-fed for 15 to 20 days. Once slaughtered, plucked, gutted, washed, and boiled, air is pumped under the skin so that it separates from the fat. Next, the duck is hung to dry and coated with maltose syrup to make the skin extra crispy.

It is then roasted in one of two ways: the traditional closed oven method, or the hung oven method developed in the 1860s. The two most notable Peking duck restaurants in Beijing represent the two different roasting traditions – which one is superior is a matter of great dispute. The renowned Bianyifang restaurant, which opened in the 15th century, uses the closed oven method, in which the duck is cooked by the heat radiating from the oven’s walls. Meanwhile, Quanjude restaurant uses the hung oven technique invented by its founder, Yang Quanren. In this method, the duck is hung from a hook attached to the ceiling and roasted over burning wood. 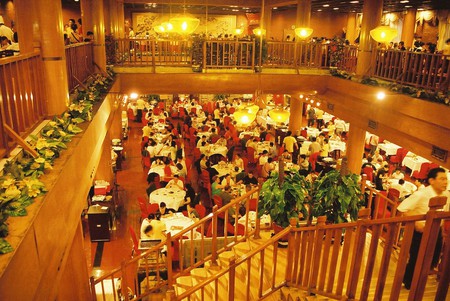 In addition to its rich heritage, Peking duck has played a prominent role in Chinese international relations through the 20th and 21st centuries. Political leaders and diplomats such as Henry Kissinger, Richard Nixon, and Fidel Castro have all been famously wined and dined with this famous Chinese dish.