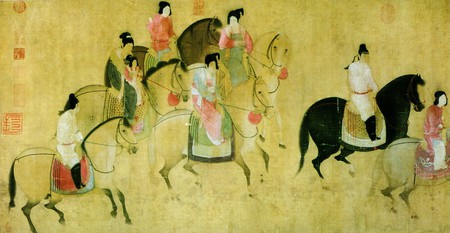 What is Chinatown to Chinese people? You may have seen the characters 唐人街 on signs at the entrance to your city’s Chinatown. These characters, romanized as tang ren jie, stand for “Street of the Tang People.” Why would these diaspora neighborhoods be called Street of the Tang People when ethnically Chinese people are called Han? The answer, of course, lies within the Tang dynasty. 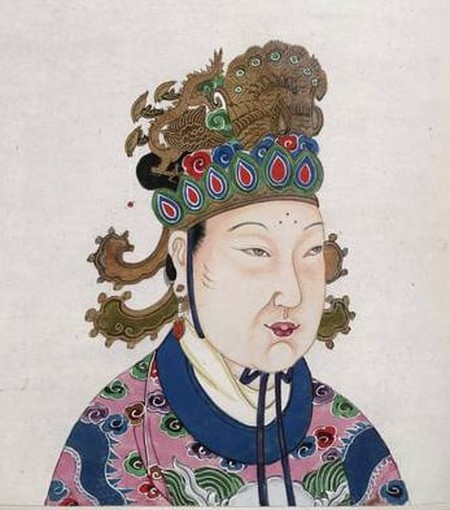 The Tang dynasty, known today as China’s most cosmopolitan, was founded out of necessity. After the fall of the Han dynasty, China went through over 350 years of internal chaos, with regionally based warlords all fighting for power. It looked like all of this would come to an end when the Sui dynasty was established, but the Sui turned out to be just as corrupt and inept as the warlords that came before it. After nearly 40 years of costly and unsuccessful military campaigns against Korea, a popular general named Li Yuan took over. Li renamed himself Emperor Gaozu and quickly began reforming the policies that led to the Sui’s demise. Many of these reforms created the governmental structure that Chinese emperors would continue to use until the end of the imperial era in 1911.

It was Li’s son Taizong, however, who ushered in the glory days of the Tang. Under his rule, foreign religions such as Buddhism and Christianity were allowed to enter China and intermix with native philosophies Taoism and Confucianism. And it was one of his concubines, Wu Zetian, who would become the only Empress of China.

Wu Zetian (born Wu Zhao) began as a young concubine of Taizong but quickly started an affair with his son, Li Zhi. Upon Taizong’s death, Wu shaved her head and was sent to live out the rest of her days in a temple, as was customary at the time. Li had already fallen in love with her, however, and beckoned her back to court, where she rose to Li’s greatest favor, sparking jealousy in his wife and first concubine. She gained power without a title and ruled from behind the scenes until Li’s death, after which she declared herself Empress and changed the name of the dynasty to Zhou. Though a controversial figure, Wu Zetian helped extend China’s boundaries far west into Central Asia and is seen by some as one of the great leaders of ancient China. 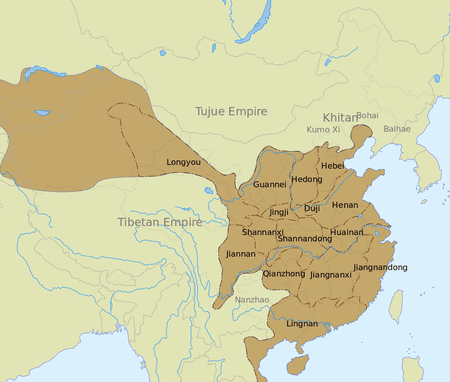 Empress Wu was eventually forced to abdicate the throne, which was handed over to her son Zhongzong, and the name of the Tang dynasty was restored.

The dynasty continued to flourish until the middle of the 8th century when a general called An Lushan started a rebellion against the Tang leadership. The rebellion, named after its founder, lasted through the reign of three Tang emperors and eventually weakened the dynasty beyond repair, setting the stage for the next dynasty, the Song, to take over.

Why do Chinatowns the world over name themselves after the Tang dynasty? The answer, in short, is that the Tang dynasty was culturally the greatest that China had seen and would ever see.

One of the greatest legacies of the Tang dynasty is poetry, an art form first promoted by the great Emperor Xuanzong, who reigned for 44 years and was a patron of the arts. Under his benevolent rule, over 50,000 literary works were created.

Among the greatest Tang poets was Du Fu, who has been likened to Shakespeare and Virgil. His works center around politics and moral obligations, and they made a profound impact on later Japanese literature.

The Tang was also a cosmopolitan dynasty, with people from all over Asia bringing ideas and culture to China. Maritime trade was at a new peak at the time, and archaeological remains prove the reach of this first wave of globalization.

Engineering thrived in the Tang as well, with woodblock printing and air conditioning being invented during the dynasty.

Want to see the influence of the Tang dynasty today? It is everywhere you go, in China and elsewhere, whether you realize it or not. Some of the travel destinations you can thank the Tang for are the Leshan Giant Buddha in Chengdu and the Giant Wild Goose Pagoda in Xi’an. 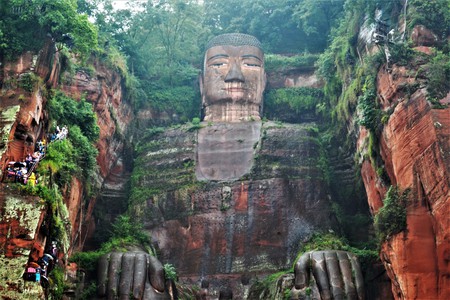 Leshan Buddha, Completed During the Tang Dynasty | ©Rachel Deason
Give us feedback