A 24 Hour Guide to Experiencing Beijing 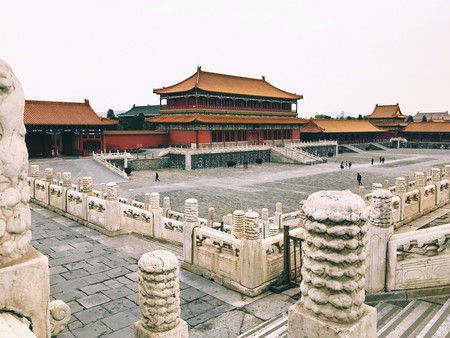 Inside the Forbidden City | © Lizzy_IzIz/Pixabay

Beijing is definitely not a day-trip destination. Fitting all that the city has to offer in 24 hours is frankly impossible. However, in a day you can capture the major highlights of the city and get a glimpse of the past and present that are eclectically interwoven in Beijing.

If you’re an early bird, or if you happen to be up before the sun while fighting jet lag, then it’s an opportune moment to join the patriotic crowds that come every morning to the city center and watch the national flag rise on Tiananmen Square. The whole experience can seem a little underwhelming and quite fast compared to the overall wait, but nonetheless it is an experience to be had. The times of the flag raising vary depending on the season, and are in the interval between 7:20-7:40 in the morning.

For an authentic Beijing breakfast you needn’t search further than the streets. From the early hours of the morning, bicycle-pulled carts invade street corners, offering a filling and scrumptious snack of jianbing (pancakes) and baozi (stuffed buns). 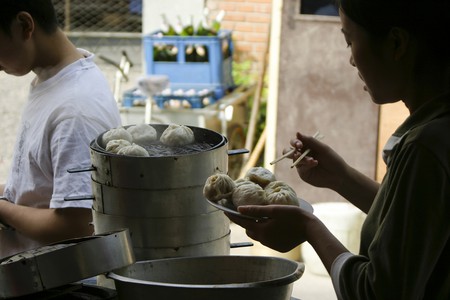 Being up early gives a time-pressed tourist a head start on the memorial hall queue to see Mao Zedong’s mausoleum, located right on Tiananmen Square. The queue is long, but fast-moving and you’ll get your glimpse of Chairman Mao, the founding father of the People’s Republic of China and only permanent resident of the Square.

The heavily gated Forbidden City, that once denied entry to any common man, now welcomes visitors every day. The Imperial Palace houses a large collection of artwork and artifacts, and attempts to recreate the previous grandeur of the imperial residence. 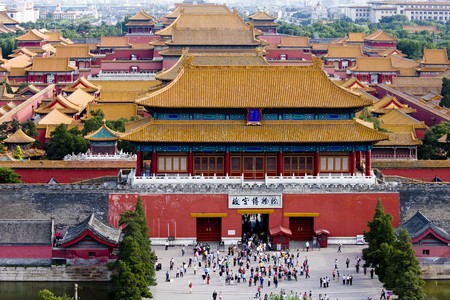 The Qianmen pedestrian street is located directly across from Tiananmen Square. The street runs from a monolithic city gate that used to guard the city’s southern entrance. Qianmen street and the nearby alleys were once filled with local businesses. The area was destroyed at the start of the previous century, but has been restored based on historical records and is now a busy tourist spot with many shops and restaurants. 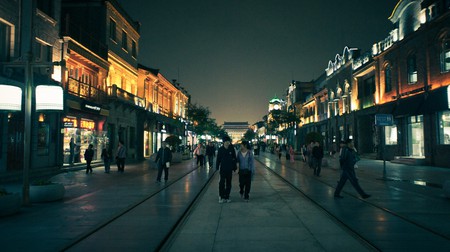 The streets leading away from the main Qianmen road have a line-up of restaurants with Peking duck and other well-known staples of local cuisine. Don’t expect exquisite service here, but you will get food at attractive prices and filling quantities. Menus usually have pictures and translations, and the staff are patient with foreigners. For highly sought-after Peking duck, Quanjude restaurant chain has its original location on Qianmen, established during the Qing dynasty (19th century).

Continue your exploration of Chinese traditions at the Temple of Heaven – an enormous park and Taoist temple complex, perfect to walk off your lunch. The temple is not just a place of worship, but a destination for a leisurely afternoon. In the surrounding area, parents take their kids out to fly kites while groups of friends practice their dance routines, play Mahjong or just have a chat. 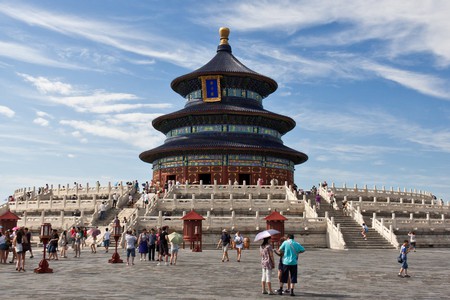 Shopping at the Pearl Market

Located at the East gate of the Temple of Heaven, the Pearl Market is a multistoried souvenir haven. Bargain is the rule of the day. No price is non-negotiable here, so get ready for some action with your calculator in hand. Potential souvenirs to consider bringing home: pearls, tea, jade jewellery, pearls or silk items.

To combine a cultural experience with delicious food, the hutongs are the next stop on this list. The hutongs boast dozens of eateries and bars, all with a unique charm and signature drinks and dishes. The Gulou and Lama Temple areas are both great to explore since many of the old courtyard houses have been transformed into small businesses, each providing a taste of local flavour. 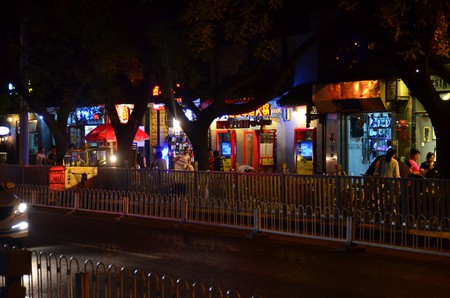 The Hutongs at Night | © anthonyagonzalez/Flickr

If you’re still fuelled after exploring the city, ending the day in a Sanlitun bar or nightclub will make help you make the most of your night. For a classy cocktail head over to Migas, Kokomo or MEI Bar– all three have open rooftops in the warmer times of the year. For a more action-filled night of club music and dancing, consider the Worker’s Stadium area, which has clubs such as Elements, Sir.teen or, for techno music, Lantern is the Sanlitun pick. 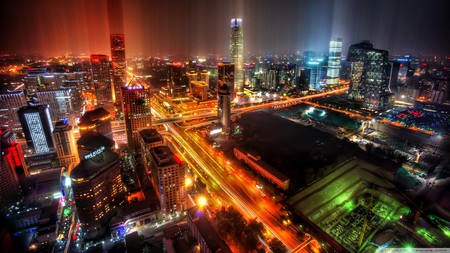