8 TV Series Every Kid Grew Up Watching in China 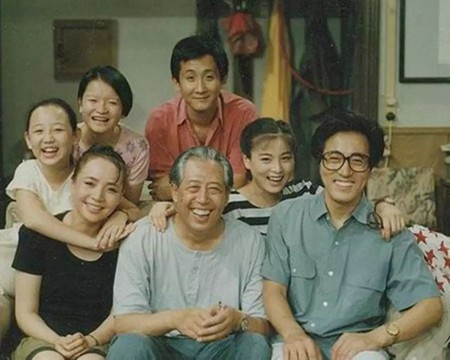 For the post-1980s’ and 1990s’ generation in China, their fondest childhood memories are composed more of TV dramas they saw on their family television set than movies on the big screen. Some old dramas are still revered as treasures by them, not only for nostalgia’s sake, but also because of the sad truth that the modern TV industry is increasingly lagging behind. These TV series below will let you know what the top-standard Chinese TV series were once like – and these can be your fool-proof choices to learn Mandarin from, too.

The fictional drama directed by Li Shaohong depicts the life of the Taiping Princess of Tang dynasty in 40 episodes. The audience was attracted by the gorgeous settings and costumes, poetic photography, and the moving love story between the princess and Xue Shao, a man she fell in love with at first sight. Some say the lines in this drama don’t sound like Tang dynasty, but more like a Shakespeare play. You may have a sneak peek at the classic via the fan-made video below.

The 46-episode TV series is a chronicle play of the life of China’s longest-reigning emperor, Kangxi emperor of the Qing dynasty. As one of the greatest emperors in China, Kangxi brought about long-term stability and prosperity while the Qing dynasty was just founded after years of chaos. This TV series reveals his life (mostly based on history, though partly fictional) alluringly thanks to the excellent acting of a group of troupers and the settings and lines that reflected history. The drama’s theme song is also a classic – just ask around your Chinese friends if they know “我真的还想再活五百年 (I really wish to live for another 500 years)”; we bet few of them would say no.

The first season of Princess Pearl was an unprecedented success in China. When it was first aired in 1998, it’s no exaggeration to say that the streets were almost empty during the broadcasting hours. The drama, adapted from Qiong Yao’s novel and produced jointly by the Chinese mainland and Taiwan, tells a twisting romance story of two princesses who persistently stick to their love despite difficulties. It’s no surprise to hear “Princess Pearl” suddenly bursting from an old-fashioned elderly’s mouth, while discussing the plots of Princess Pearl was the most ardent time-killer among primary school kids. In recent years, the Princess Pearl was revitalized again, with many classic scenes from the series brought back to public consciousness in the form of memes.

“Romance in the rain, buildings in the mist…”. When the first sentence of the Romance in the Rain’s theme song goes off, it is as if we are thrown back in time, with the old memories of waiting in front of the television for the new episodes coming at us like tides. The story is unfolded around women of a warlord’s family in the Republic of China era, around their romance relationships interwoven with their awakening responsibilities towards their motherland. Also adapted from novels written by Qiong Yao, the drama was played by nearly the same group of actors and actresses from the Princess Pearl.

The 1998 TV drama is one of the first Chinese romance dramas based in modern times. The story begins with a group of university students in Shanghai, and with them graduating, carving out their careers in different industries, falling in love with each other and breaking up, it all feels so familiar to the audiences as they are going through the same as the protagonists. With some plots drawn from Japanese TV classics like Asunaro Hakusho (1993) and In The Name of Love (1992), Cherish Our Love Forever is a successful adaption as it reveals loyally the restless Chinese society in the 1990s. What’s more, the original soundtrack created by Xiao Ke is a timeless classic too.

Almost every Chinese is familiar with Bao Zheng, a Song dynasty government official who was so known for his uprightness that he was honored as ‘Justice Bao’. Young Justice Bao is a fictional detective TV series featuring young Bao Zheng as a candidate in Luzhou, today’s Hefei city of Anhui Province, who embarks on his journey to Bianjing, the capital city of Song dynasty, to take imperial exams. He met with a series of bizarre cases on his journey, and used his intelligence and courage to solve them with the help of a group of capable friends. The drama was sometimes boldly shot with a wide-angle lens to highlight the eccentric atmosphere, and there are also overt bloody scenes which are unimaginable in today’s TV series. The cases are utterly appealing with fascinating storylines and compelling logic, though they are criticized to be a copy of Japanese detective mangas like The Kindaichi Case Files and Detective Conan.

Almost all Chinese born after 1980 grew up watching at least one TV series adapted from Jin Yong’s wuxia (martial heroes) novels. The wuxia master is especially known for his 14 works whose titles’ first characters can join a poem verse: ‘飞雪连天射白鹿，笑书神侠倚碧鸳。(Hunting the white stag in a flurry of snow; happily penning the tale of the divine couple amid the green feathered birds. Translated by varinewu)’. Return of the Condor Heroes was first published in 1959, and is known as the most romantic wuxia novel of Jin Yong’s. It has over 10 film and television adaptions to date, but the 1995 Return of the Condor Heroes, starring Louis Koo and Carman Lee, is widely deemed as the most classic version.

Created by Ying Da, the 120-episode I Love My Home is China’s first sitcom, and is thought to be the greatest Chinese sitcom to date. While most of us were just amused by the interesting plots and lines in the sitcom when we were small, it is only after we grew up that we realize it’s a realistic work that reflects the issues ordinary people from all social backgrounds were facing under the country’s rapid transformation. By the way, the sitcom is also a perfect textbook for Beijing accent.