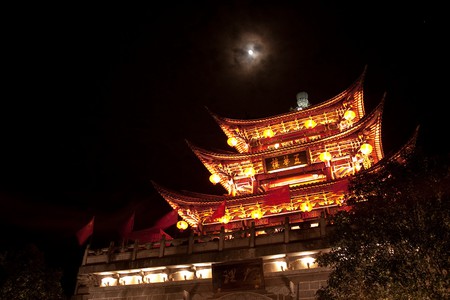 You’ve heard of Chinese New Year, but have you ever heard of Butter Lamp Festival or Torch Festival? These eight ethnic minority festivals highlight the diversity of China’s celebratory traditions, and participating in any of them will add a unique and unforgettable dimension to any visit to China.

When: 7th-8th day of 2nd month of the lunar calendar

Where: Tengchong and Longling counties, Yunnan

Dao Gan festival is held every year by the Lisu people to commemorate the official, Wang Ji, who, in the Ming dynasty, was a great hero to the Lisu. Although ethnically Han himself, Wang Ji helped to train young Lisu men to be skilled fighters and helped the Lisu defend their lands from invaders. Wang Ji lived among the Lisu for many years and taught them new agricultural techniques as well as military skills. Unfortunately, Wang Ji was poisoned after being framed for the crime of treason, and the Lisu commemorate his death with this festival, which is much more exciting than the somber history suggests.

On Dao Gan festival Lisu participate in fire walking, in which they walk barefoot over hot burning coals, an activity called “xia huohai,” or “entering the fire-sea,” and sword climbing. Sword climbing, or “shang daoshan,” “ascending the sword mountain,” involves Lisu men competing to climb up ladders made of knives attached to bamboo poles. This is performed barefoot and without gloves, and the first person to reach the top of the ladder will do acrobatic tricks at the top and then set off fireworks before climbing back down. This heart-stopping performance is a must see for visitors to Lisu areas. 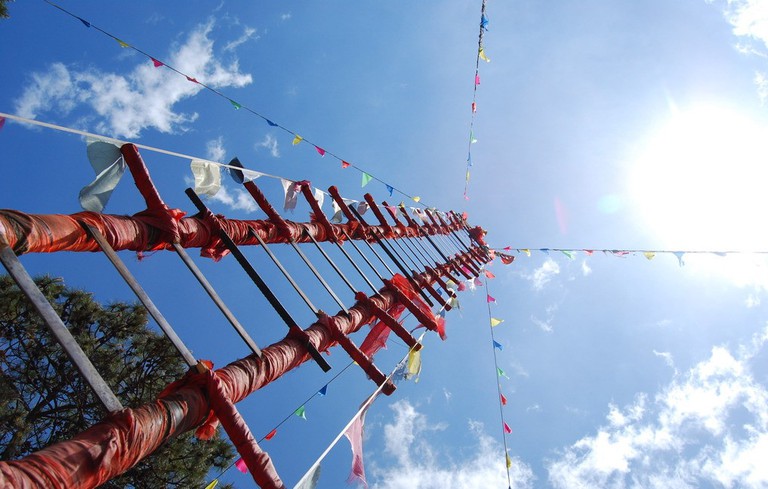 When: 15th day of the first month of the lunar new year

MuNao ZongGe festivities are centered around large and intricate group dances involving thousands of people. Shamans lead various groups into ceremonial standoffs between leaders of different Jingpo groups. Each step is important, and only the most skillful dancers will be chosen to participate. During this time Jingpo people come from all over Yunnan to the festival grounds. The best place to see this festival in action is JieGao, just outside of the city of Ruili, in Dehong prefecture, Yunnan province. 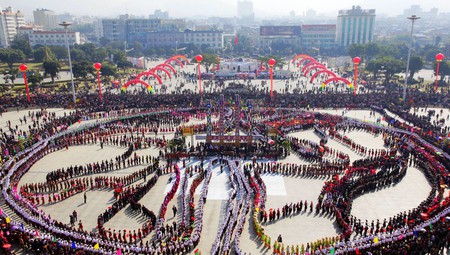 When: 24th day of 6th month of the lunar calendar (usually mid August)

While typically considered a Yi festival, Torch Festival is actually celebrated by a large number of minority people, including the Bai. The festival celebrates the legend of Atilaba, a giant who chased away a plague of locusts by using trees as torches. In the villages, families will light torches in their homes, making sure every corner of the home receives light, and then they will take torches outside and light the fields. Torch Festival usually culminates in a massive bonfire, which always involves singing, dancing, and of course, lots of drunken merrymaking. 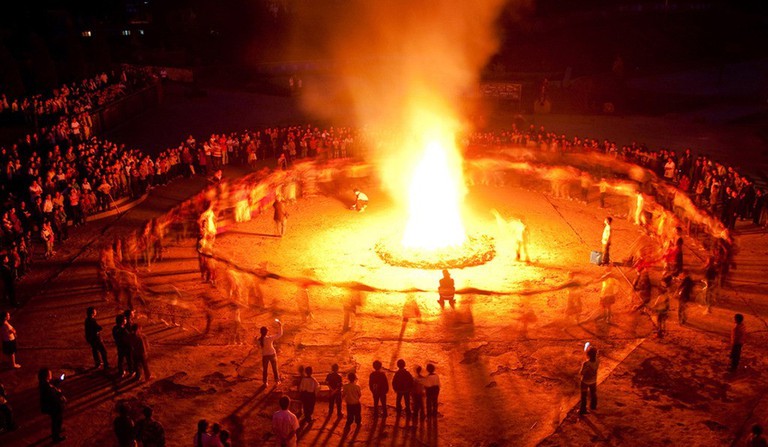 Various water festivals are held throughout Southeast Asia, all having their roots in Buddhist purification rituals. In China the Dai celebrate the Water Splashing Festival, which is essentially the same festival as the more well-known Laotian and Thai festival of Songkran (ethnic Dai people are scattered throughout China, Laos, and Thailand). Although the festival is religious in nature, modern celebrations have a decidedly more playful tone. In the Dai cities of Jinghong and Mengla, expect to get blasted by waterguns or splashed by teenagers wielding large basins of water, waiting for the right moment to soak visitors. In much the same spirit as India’s Holi festival, Water Splashing festival is an excuse to get wild and get wet, and it couldn’t come at a better time, as April is one of the hottest months of the year in Xishuangbanna. 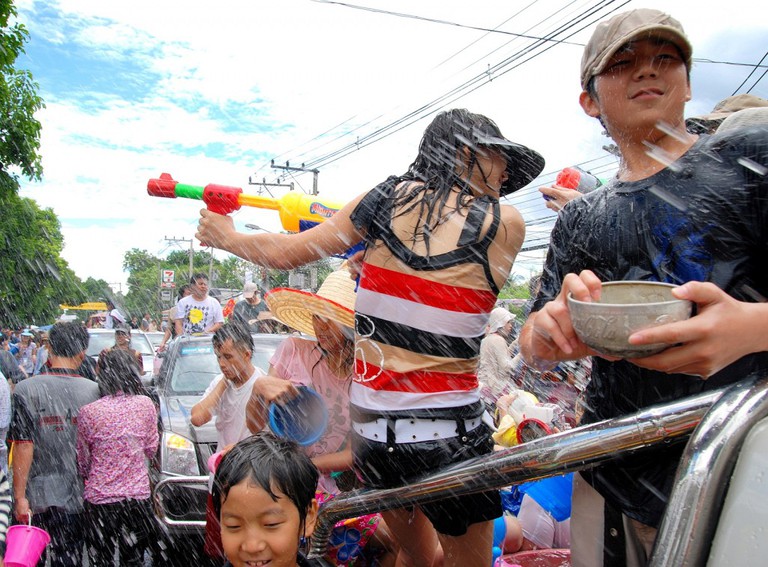 When: The fifteenth day of the third month of Lunar New Year

The Third Month festival is actually celebrated by several different ethnic groups, but the festival of the Bai ethnicity in Dali is by far the most well known. A large outdoor market is erected at the foot of the Cangshan Mountain selling just about everything imaginable. Merchants come from all over China to take part, and there is food (of course), handicrafts, tea, musical instruments, and even livestock. This festival is important to the local economy and much anticipated by locals and visitors alike. The festival has grown in popularity over the years and festival day can be quite crowded, but the Third Month Street Festival is nonetheless an unforgettable experience, and one could quite literally spend a whole day wandering among the various stalls and still probably not cover all of them! 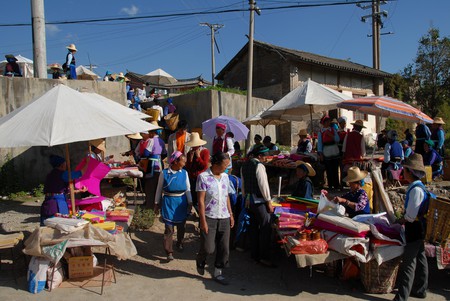 Naadam is a festival with a long history, dating back at least as far as the Mongol Empire, when Genghis Khan made the traditional celebration an official Mongolian holiday. Naadam is centered around the “three manly sports” of wrestling, horse racing, and archery. However, no Naadam celebration would be complete without traditional Mongolian song and dance, and of course, lots of delicious Mongolian food! Naadam takes place in high summer, when the grasslands are a beautiful verdant green, stretching on as far as the eye can see. Although the best Naadam celebrations in the world are held in Mongolia proper, Chinese Inner Mongolia has a very large Naadam celebration is near Hohhot, in Gegentala grasslands. 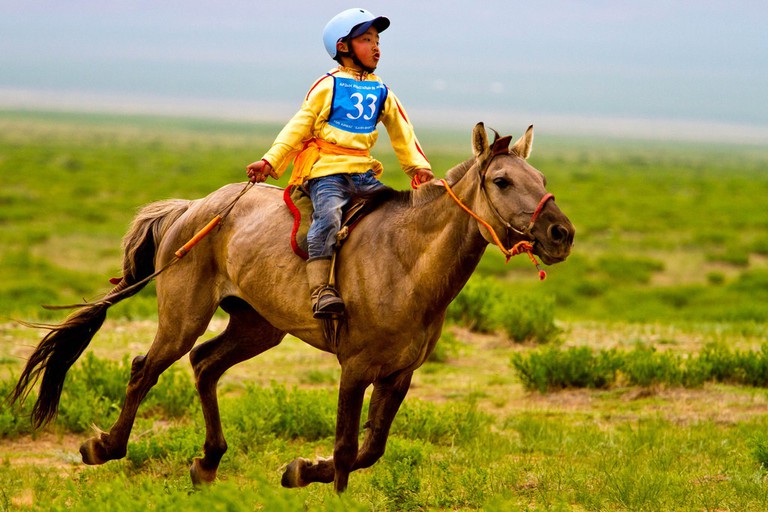 When: 15th day of the 1st month of the Tibetan calendar, usually February/March

The Butter Lamp festival is the final festival in a larger Tibetan holiday called Monlam, which celebrates the miracles of the Buddha, and also the culmination of the Tibetan holiday season that begins with Losar, the Tibetan New Year. Of all of these festivals, Butter Lamp Festival is perhaps offers the most interesting. Worshippers light thousands of small butter oil lamps which symbolize the light of Buddhism and its victory over ignorance. As well as lighting lamps, Tibetan Buddhists also create intricate butter carvings of the Buddha, and of flowers, animals, and other Buddhist symbols. 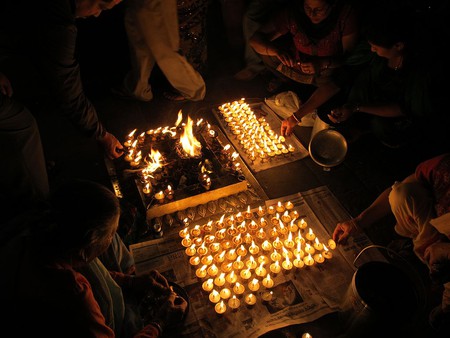 When: 16th day of the first lunar month

The Lusheng festival is the most famous festival of the Miao (Hmong) ethnic minority group, and while the Lusheng festival is celebrated wherever there are Miao people, the largest and most well-known Lusheng celebration is in Kaili, Guizhou province. A lusheng is a bamboo woodwind instrument with a versatile range, making it the perfect instrument to accompany a wide variety of traditional activities such as Miao dancing and acrobatics. Not surprisingly, the Lusheng festival celebrates this instrument. Miao people will come from surrounding villages and gather together in the Lusheng arena, wearing their finest ethnic costumes, including silver headdresses for the women. The women dance to the music played by the men and festivities also include bullfighting and horse racing. Song and dance are often part of the traditional courtship rituals of the Miao, and the Lusheng festival is a great time for young Miao ladies to meet eligible young Miao men, while also enjoying the celebration. 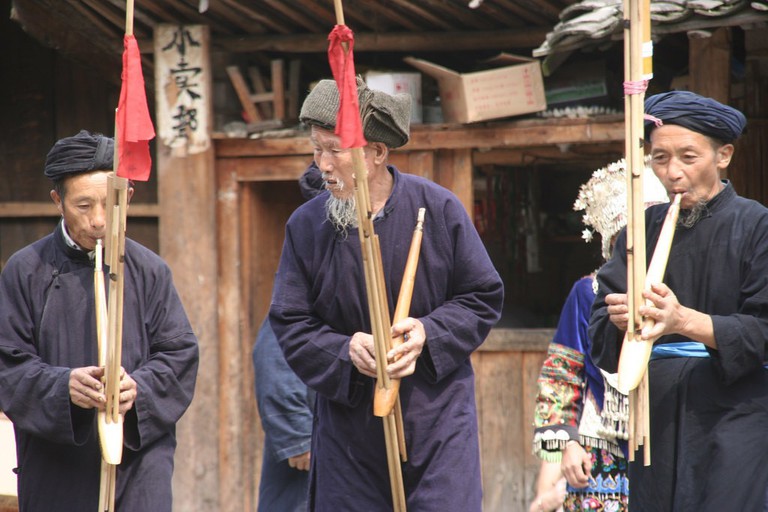