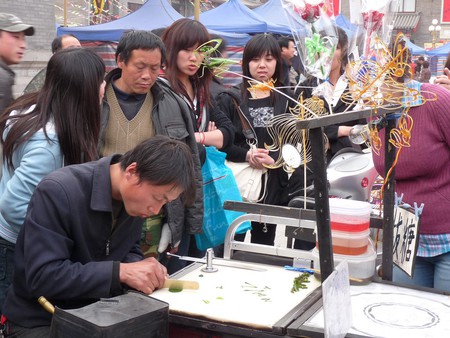 You’ve just arrived in Tianjin for the very first time. You want to interact with the locals, particularly as you plan to be both haggling and laughing with sellers on Ancient Culture Street. The ride to Huangya Pass (Great Wall) is going to be at least an hour and a half, and you see this as chance to converse with the driver, entirely in Mandarin. These local phrases might just come in handy.

An anomaly to Tianjin in itself, ze ge does not sound like omnipresent “jay-geh” and sounds more “zuh: why? No one knows why. Ze is “This” as you may already know (and say) all too well (zhe ge – “this one” when you point to that which you’re buying) Tianjin’s version of this all-too-common first phrase to foreigners sounds more Taiwanese than it does in Mandarin. You can still say “jie ge” too, but to impress, try “ze ge”.

Most often you’ll hear people say “ze ni ma…”. Although it directly translates to ” this my mom” it’s a bit rude to start a sentence with (especially as a tourist). Be advised it really means “this (expletive) thing…” More of a phrase to recognize when heard than to say yourself. 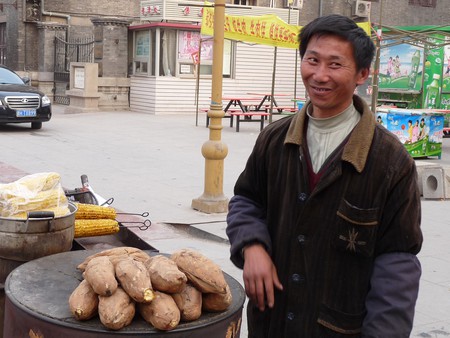 One of Tianjin’s strongest examples of its dialect. You will likely hear your taxi driver say this if someone cuts you up. It’s funny to chime in and say gǎmà with your shi fu (driver). He or she will appreciate your shared disproval. Mà in the Tianjin dialect simply means “what!”.

Ai is never said flatly. Often sounded off with an emphasized expression, this word isn’t the usual “Hey, yeah?!” as it is when someone calls to you. Opposed to other areas of China, ai is like “oi” or “geez”. A simple phrase that goes a long way.

In other parts of China, “zuo zhuan” and “you zhuan” will get your taxi driver to make the appropriate left and right turns. But here, its “zo gway” and “yo gway”. Be sure to keep your eyes on the road (as so will your driver) if you know where you’re supposed to be going. 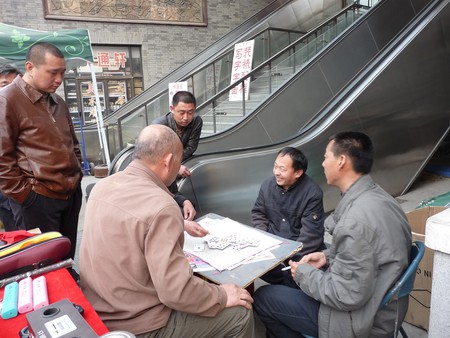 Meaning: How much is this? (这怎么卖?)

In China, “duo shao qian” will get you the cost of anything you need just about anywhere. And though this phrase works easily in Tianjin, try “juh zen me mai” to woo your next merchant when buying that silk scarf, or the waitress when you point to a bao zi dish.

A variation of the word “very”. If you eat something that’s too salty, or way too cold, use this character before the relevant words (hou liang = too cold). Its pronunciation is tricky since Tianjin’ers have a very special way to pronounce the first-tone character. It’s one of those things you have to hear to understand.

Frequently used to describe someone who nags or always finds something to complain about and often used to describe moany kids. Tell your taxi driver that your friend is a “Zhě lie” (ta shi zhe lie) and see what happens.

The catchphrase of a very famous late crosstalk artist, Ma Sanli, this phrase is used to tease friends. For example, you may say to a friend, “hey, you have something sticking out of your back” and make them panic. But then you say, “dou ni wan’er”– just a joke. 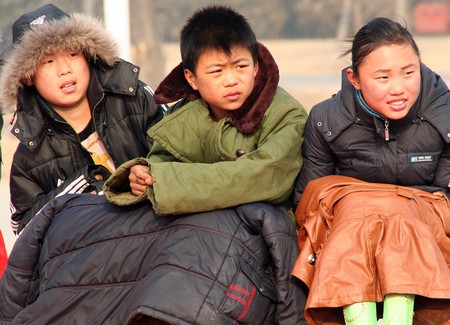 The first two characters mean “very, very” and the last two mean funny. Use all four characters together as a phrase to convey, “very very funny”. This phrase will make a nice compliment to a joke-telling local.

Only use this phrase when alone and if something goes horribly wrong. An example is when you forgot to give your boss’ passport to him before he heads to the airport. Privately pitied yourself with “wai ni le (I forgot)…”.

Use when it has just begun to rain down. Literally, as it means when there are only a few raindrops. Simply say this phrase by itself when it starts drizzling.

For example, if you’re suggesting to a friend to buy one phone model rather than the other, say “ding bu ji duo hua er bai kuai qian”, meaning “worst case you will have to spend two hundred kuai more”. 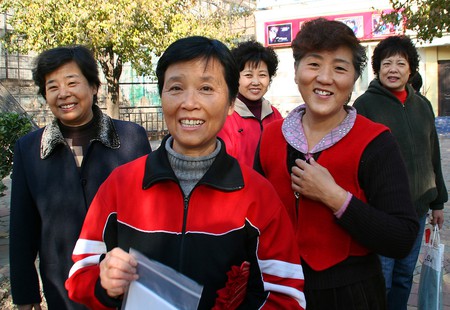 Used when setting a trap or making it really difficult for someone to do something. The literal meaning of the four characters are “wearing shoes too small in size”. So if you can imagine how it feels… typical in Chinese office culture.

For restless folks who always feel the need to do something. Locals use this phrase to describe people, especially kids, who don’t rest and yet remain energetic and need distraction or activities to keep satisfied.

Said about someone is just “not into jokes”. This phrase is usually used to describe a person who seemingly easily gets annoyed when someone makes a joke about him or her.