11 Poems Everybody in China Knows 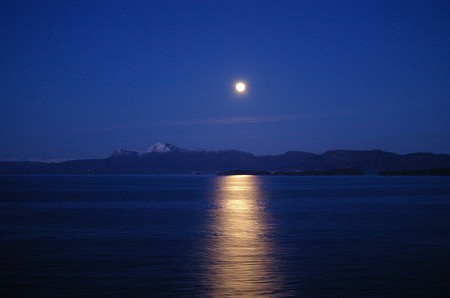 The earliest existing collection of Chinese poetry, Shi Jing (Book of Songs), dates back to as early as the 11th century B.C.E., but the history of Chinese poetry may be even longer than that. Developing and metamorphosing for thousands of years, Chinese poetry is like a beautiful and fathomless ocean that Chinese-speaking people couldn’t help but keep being drawn to. Below are the 11 poems that are so widely circulated in China that even little kids know them.

The five-character verse written by the great Tang dynasty poet Li Bai (701 – 762 C.E.) describes his nostalgia while gazing upon the autumn moon. The language of the poem is plain but expressive and easy to recite by Chinese readers.

The five-character verse was written by Tang dynasty poet Meng Haoran (689 – 740 C.E.) while he was living in seclusion in Mount Lumenshan in today’s Hubei Province. The poem is the poet’s loving feelings toward the spring’s morning. Though it’s been over a millennium since the poem was created, it’s never out of date. 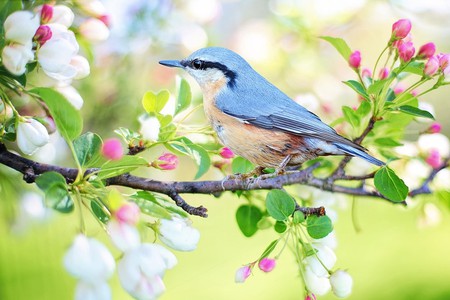 登鹳雀楼 Atop the Stork Pavilion Lookout

Tang dynasty poet Wang Zhihuan (688 – 742 C.E.) wrote this five-character verse after he climbed to the top of the Stork Pavilion, a pavilion in today’s Shanxi Province that many poets from Tang dynasty have poured out their heart on. The poem describes the poet’s experience of climbing the Stork Pavilion, and in the meanwhile bears an encouraging denotation that one who works hard can achieve better results.

The first verse of the poem Crying Ospreys that expresses a man’s loving feelings toward a woman is so widely known in China that the phrase “窈窕淑女 Yao Tiao Shu Nv” has become a proper term for fair ladies. As the first poem of the earliest collection of Chinese poetry, Shi Jing (the Book of Songs), “Crying Ospreys” has been spoken highly of by Chinese scholars from all times, including Confucius, who commented that the poem was “expressive of enjoyment without being licentious, and of grief without being hurtfully excessive.”

The poem was said to be written by Tang dynasty poet Luo Binwang (about 619 – 687 C.E.) at the age of seven. The poem is found easy to remember even by kids thanks to its plain and childlike language; it describes a vivid picture of geese playing in the water.

The poem written by Tang dynasty politician and poet Li Shen (772 – 846 C.E.) expresses his compassion toward the plight of the peasants who toiled away on their lands yet led an impoverished life. The poem was composed of two parts, but it is the second part that is more circulated today; Chinese parents tend to use it to educate their children to cherish food. 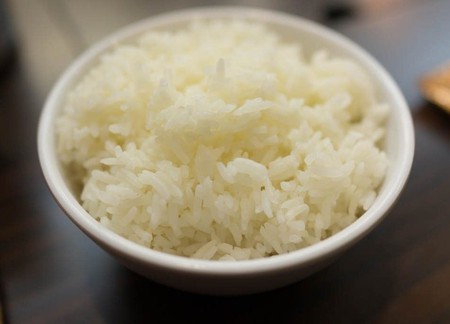 Above are the most known excerpts from the Ode of Mulan, a long poem said to be composed in the Northern Wei dynasty (386 – 543 C.E.) to tell the fictional story of Mulan, a girl who takes her aged father’s place in the army in disguise as a man. The Ode of Mulan is the earliest existing literature of the now internationally famous story carried forward by the classic Disney animated film Mulan.

题西林壁 Written on the Wall of West Forest Temple

This is one of the poems the great Chinese poet from Song dynasty, Su Shi (1037 – 1101 C.E.), composed during his tour on the Mount Lushan in today’s Jiangxi Province. It is one of the most famous works of Su. It depicts the complicated scenery of the mountain, and in the meanwhile suggests the philosophy that we are rarely wise in our own affairs.

七步诗 The Quatrain of Seven Steps

The allegorical poem is attributed to Cao Zhi (192 – 232 C.E.), a prince of the state of Cao Wei in the Three Kingdoms period. Legend has it that he was suspected by his older brother, emperor Cao Pi, of trying to usurp his rule, and was ordered to compose a poem within seven strides or he would be sentenced to death. Cao Zhi came up with the poem, moved his brother and was thus spared. The allegorical poem is now used to describe kinship and to warn against harming one’s own flesh and blood over trivial matters.

面朝大海，春暖花开 Looking out to sea, warmed by the spring air (Excerpt)

Shortly after the poet Haizi wrote this poem in 1989, he committed suicide by lying on the railway track. With him in the last moment of his life was four books: The Bible, Thoreau’s Walden Pond, Heyerdahl’s The Kon-Tiki Expedition: By Raft Across the South Seas, and Conrad’s novel collection. He’s believed to be a literary talent and a representative of modern lyrical poets. Even in today, nearly 30 years after his death, Chinese youths still worship his poems and look to his work for consolation when they feel disappointed in reality.

The poem written by Taiwanese writer and poet Yu Guangzhong (1928 – 2017 C.E.) depicts his nostalgia toward his homeland in mainland China’s Nanjing, and is considered a classic by homesick Chinese. Yu fled to Taiwan at the age 21 along with the Nationalists who were defeated by the Communist Party in the Chinese civil war, and the homesickness of the mainland across the Taiwan Strait had since been inscribed in his mind. The poem has been included in the literature curriculum in mainland China and was found empathy with by generations of Chinese.