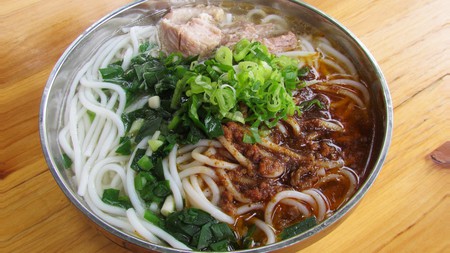 Yunnanese cuisine, with its blend of light southeast Asian flavors as well as the headier flavors of the Tibetan plateau, can be a refreshing break from typical Chinese fare. While most of the mainstays of Chinese cooking are available in Yunnan, the region has a number of local specialties that should be tried if you visit the region.

Rice Noodles are a staple in Yunnan. Eaten in soup, fried, or with sauce, for breakfast, lunch, or dinner, rice noodles are every local’s comfort food. Most commonly cooked in soups made from either beef or chicken stock, rice noodles are usually accompanied by minced pork or beef chunks, pickled vegetables, leeks, and of course, hot chili peppers. Rice noodles are less filling than traditional wheat noodles, so they can make a good light meal or snack. 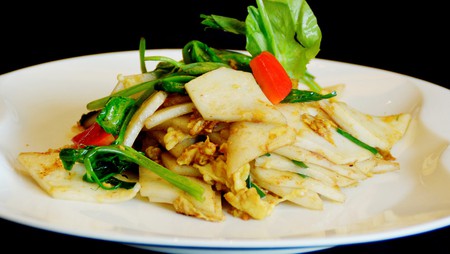 This local specialty from the city of Tengchong has a story to tell. Legend has it that on the run from the enemy, a beleaguered Ming Dynasty emperor came to the city of Tengchong, where the locals offered him this simple dish, which is made of “erkuai,” flattened squares of glutinous rice, fried with eggs, tomatoes, spring onions, and pork. The emperor greedily devoured the dish, and declared that it had saved his life. Hence, the dish was known as “da jiu jia,” or “the emperor’s lifesaver.” 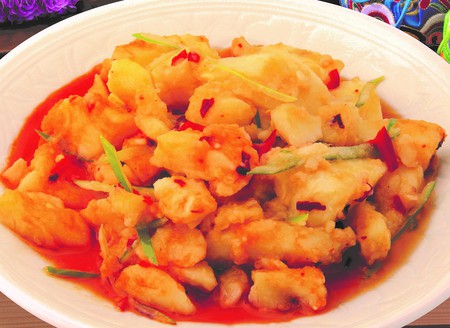 Yunnan’s version of mashed potatoes, just like grandma used to make. Potatoes are boiled until they are softened, and then put into a wok and stir fried with chives, green onions, and peppers. The result is a savory half-mashed potato dish that will remind you ever so slightly of home, but with a Chinese twist. For those who are not fans of hot peppers, simply say “bu yao la jiao,” to get a non-spicy, but no less tasty, version of this Yunnanese classic.

Soaked and softened red beans are lightly coated with a starch batter and fried in hot oil together with bitter herbs until the beans are crispy on the outside, with the inside remaining soft. These red beans taste salty, crunchy, and savory all at once. A homestyle staple easily found in any Yunnanese restaurant, fried red beans will have you coming back for seconds.

You may have heard by now that the Chinese don’t eat cheese, which is generally true. Except in Yunnan. Rubing is a traditional goat’s cheese that is found only in Yunnan province. Rubing is usually prepared either lightly fried and salted, or steamed with layers of Yunnan ham nestled between slices. Rubing has a milky flavor that is mild rather than pungent, and usually foreign travelers quite enjoy this taste, which is both reminiscent of home and exotic at the same time. 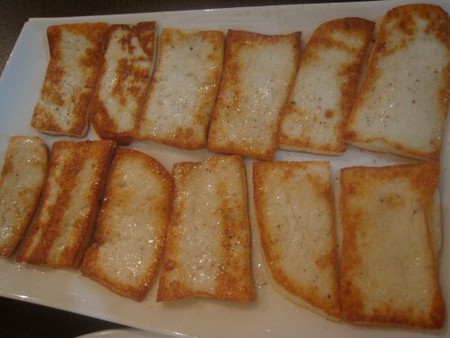 Stand outside of any school in Yunnan and you’ll see vendors flipping what look to be flat rice pancakes over hot coals, while students line up and wait for their breakfast. These “pancakes” are actually erkuai, the same ingredient found in Da Jiu Jia above. Erkuai, when toasted over coals, puffs up into a sort of flatbread, which is then wrapped around a long piece of fried bread called a “youtiao.” Accompanying the youtiao is either a sweet or savory sauce, and while either are delicious, the sweet sauce is a peanut-sesame concoction that simply hits the spot on a cold day. If a typical Chinese breakfast isn’t your thing, try a shao erkuai with fried bread and sweet sauce, and you’ll never look at breakfast cereal the same way again. 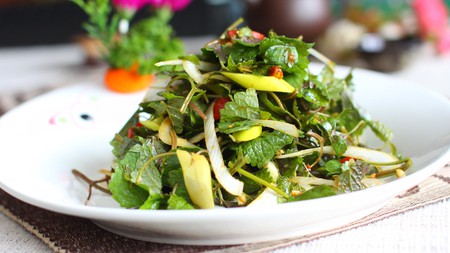 Mint is a staple in Yunnan province, where flavors often take on a Southeast Asian inspiration. Perhaps the best mint dish is this simple cold mint salad, which combines fresh mint leaves, soy sauce, vinegar, sesame oil, spicy fresh hot peppers, into a refreshing mix that is the perfect appetizer, invigorating your taste buds with a combination that is at once minty, salty, spicy and acidic.

“Baba” is a local Yunnanese dialect word for a kind of bread that is cooked over hot coals and eaten either at breakfast, as a compliment to a meal, or a snack. There are many different kinds of baba – corn, wheat, white flour, and every place you visit will have its own preferences. In Yunnan, perhaps the most famous baba is the Lijiang Baba that is the traditional food of the Naxi ethnic minority people. Baba can be plain, or it can be prepared with various fillings, such as red bean paste or minced pork. Usually baba is sold as street food, although some restaurants will offer baba on their menus as well. 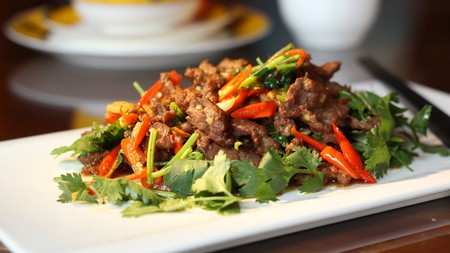 No trip to Yunnan would be complete without sampling some yak meat. Similar to beef but with a slightly stronger taste, yak is a staple meat of the high plateau people who live in the northwestern part of the province. Yak jerky is a popular local specialty that can be purchased in vacuum sealed packages which are fine to take on an aeroplane and which can make great gifts for friends and family back home. Locally, north of Lijiang any beef dish you try is likely to be made of yak, and yak yoghurt, which is slightly richer than regular yoghurt, is also readily available.

Yunnan is famous for its many varieties of wild mushroom (morels, porcini, Matsutake, and many exotic unrecognizable mushrooms as well), some of which are actually poisonous if not cooked properly. The most popular way to eat wild mushrooms, which are in season during the rainy summer months, is in hotpot. Make sure to go to a large hot pot restaurant specializing in wild mushrooms, and pay close attention to the timer next to the pot, which will sound an alarm when the mushrooms are safe to eat. The resulting mushroom soup is to-die-for, and while you can certainly fill yourself up on mushrooms alone, most diners will add some meat such as beef or mutton, as well as other vegetables like cabbage, winter-melon, or bamboo shoots. Beware, some of the mushrooms are hallucinogenic when under-cooked, and in the summer months mushroom poisoning is not uncommon, so when in doubt, wait that extra five minutes before sampling the mushrooms, but do not be put off of trying them, because Yunnanese wild mushrooms are well worth it! 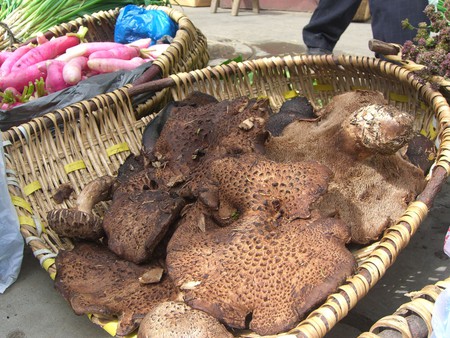