10 Sayings in Mandarin That Will Help You Understand China 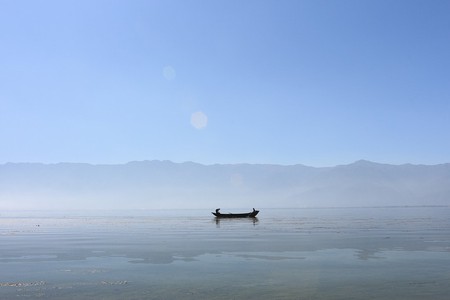 You will cross the bridge when you get to it. | © Lara-yin / Pixabay

The old sayings always have a civilization’s deep-rooted wisdom lying in them, and this is especially true for China, one of the oldest civilizations in the world. The most representational sayings in Mandarin are usually drawn from ancient literature some few centuries ago, and from them you may see the old-life philosophies flowing down from the day they were born to the veins of modern Chinese today.

Do not do unto others what you don’t want others do unto you.

This saying is from The Analects of Confucius, a collection of proverbs and ideas attributed to the ancient Chinese philosopher Confucius and his contemporaries, widely considered to have been compiled by his followers. Many prevalent Chinese sayings are from The Analects of Confucius, as Confucianism, the philosophy that highlights personal morality and social responsibility, has been the dominating philosophy in China following the official sanction in Han dynasty. This saying, drawn from the chapter of Yan Yuan, is believed to be Confucius’ instruction to his student Yan Yuan to respect other and treat people equally.

Two heads are always better than one.

This saying is also drawn from The Analects of Confucius, but from another chapter, Shu Er. Confucius believed that there’s always something to learn from others, no matter whether it’s an advantage or a weakness: you should absorb other people’s advantages and draw lessons from their mistakes.

The outsider sees the most of the game.

Originally written by Liu Xu in the Old Book of Tang, a book on Tang dynasty’s history written during the Later Jin of the Five Dynasties and Ten Kingdoms period, this saying vividly describes the perplexity of the insiders and the soberness of the outsiders through a chess game. It suggests people should sometimes jump out of their own box in order to see the panoramic view of their situation. 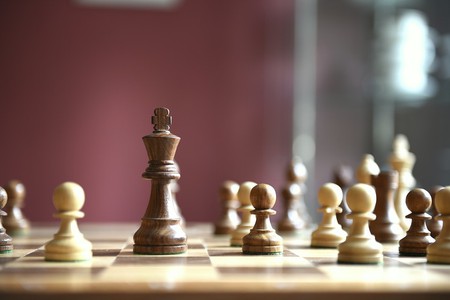 The outsider sees the most of the game. | © ABWI74 / Pixabay

Chinese people usually say “Silence is gold”, but not everyone knows that there was originally a second part of this sentence – “Speech is silver”. Sometimes it’s more difficult to keep silent than be eloquent, especially under the circumstances that you are being questioned, because people who believe in this saying tend to prove their stand by action rather than words.

Take things as they come.

This saying is also from The Analects of Confucius, but the meaning of the saying has transformed during its popularization, so that it now has a completely different meaning from its original one. When saying this sentence, Confucius meant: “Since the people have come to the king attracted by his virtue, the king should help them to settle down (instead of continuing to suppress them)”. It now means “Take things as they come”, and is always used under a situation when not much can be done to improve the status quo, so that people should better live with it, instead of sticking to their grudges.

No pain, no gain.

If translated literally, the saying means: “The more you plough the more harvest you’ll gain.” It sounds like a hard-working farmer’s motto, but the figurative meaning can be applied to every aspect of everyone’s life. Perhaps the saying can also reflect China’s profound history as an ancient agricultural civilization. 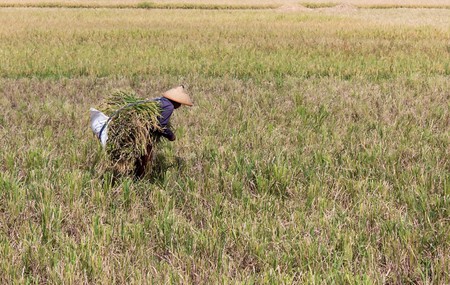 A fall into the pit, a gain in your wit.

What will you do after you make a mistake? Some people may be full of remorse and self-reproach, while others may choose to forget all about it and move on. But the old Chinese wisdom believes that you should not go extreme in either way. While people should learn lessons from past mistakes, a positive attitude is also necessary for future success.

You will cross the bridge when you get to it.

Together with the first half of the verse, “车到山前必有路 (The cart will find its way round the hill when it gets there)”, the saying means “Don’t trouble trouble until trouble troubles you”. This saying shows Chinese people’s open-mindedness in face of predicaments, and their calmness (or wish for calmness) towards unknown things.

You will cross the bridge when you get to it. | © Lara-yin / Pixabay

Be lenient whenever it is possible.

First appearing in a novel written by Song dynasty’s Yu Wenbao, this sentence has been used by the people with stronger powers to express their tolerance and generosity towards people who have wronged them. It represents Chinese people’s overall belief in harmonious interpersonal relations. Another commonly heard saying, “和气生财 (Peace brings fortune)”, has the same meaning.

The verse was written by Tang dynasty poet Wang Bo when he bid farewell to a friend surnamed Du when he was sent to govern a far-away place. “Though we are going to be so far away to each other, as if at the two ends of the earth, the distance is nothing compared with our friendship.” It is now often used between close friends who can share tacit understanding of each other. As another saying in Chinese states, “千金易得，知己难求 (It’s easier to become a millionaire than have a bosom friend)”, you’ll know how discreet Chinese people are when using this sentence, and how invaluable the regard is behind it.