10 of the Most Historically Significant Structures in Tianjin 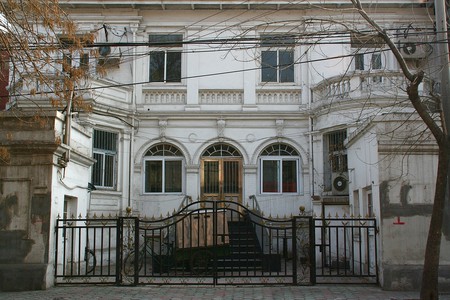 Countless historically significant structures can be found throughout Tianjin. Under Western or foreign control for over 80 years, Tianjin was an epicenter of international trade and diplomacy in northeastern China. From colonial architecture to ancient temples, Tianjin features some of the most amazing historical structures in China.

The very first international hotel in China was The Astor Hotel in Tianjin. Built in 1862, this luxury hotel was the hub of northern China’s diplomatic activity, peace treaties with European countries were signed here, it hosted American presidents, and was the place where the last emperor of China, the expelled Emporer Henry PuYi spent his last years hosting Tango nights in the famed ballroom. The Astor was also one of China’s first hotels to adopt the newly invented elevator when it was later renovated in the early 1900s.

Tianjin’s Confucian Temple is situated in downtown and is somewhat hidden. It is a great place to visit if you are looking to escape the bustle of the city but can’t leave town. You may be surprised at just how few tourists you see since this temple’s significance dates back to the 14th century, its tranquility will make your visit worthwhile.
15 Guozijian St, Dongcheng Qu, Beijing Shi, China, 100007 +86 10 8402 7224

Museum
Facebook
Email
Twitter
Pinterest
Copy link
Share
Map View
The former residence of the last emperor of China, Henry PuYi is now a museum. Not much has changed since he was in residence, even his queen’s fur coat is still visible in her former bedroom. This is the mansion where PuYi retreated after being kicked out of the Forbidden City and then spent a few years delighting himself in Tianjin until being restored as a puppet president by the Japanese.
Open In Google Maps
70 An Shan Dao, Heping Qu Tianjin Shi, China
+862227311618
Give us feedback

The Shi family were a wealthy family of merchants during Tianjin’s colonial period. Well-preserved and perhaps the best representation of a rich family who lived in Tianjin, without European influence and still preserving Chinese flair, the Shi Family Mansion is in immaculate condition and features a theater, meeting rooms, a courtyard garden, and of course, plentiful bedrooms with antiques that once belonged to members of the family.
Yangliuqing Town, Xiqing District, Tianjin 300380 +86 22 2739 1617

Located in the French Concession, the former mansion of the revered military captain, Zhang Xueliang, is another building left in near pristine condition with most of the original furniture still intact and on display. Zhang Xueliang is said to have played a key role in the reunification of China and fought against the Japanese in World War 2. He lived to be 100 and died in Hawaii in 2001.
No.78 Chifeng Street, Heping District, Tianjin 300041, China

This French edifice is still alive and active today as a bazaar for tourists and shoppers alike in Tianjin. Quanyechang was once Tianjin’s original “mall” and today remains a retro attraction. Come window shopping in this 1920s era shopping center with various department stores and merchants to choose from.

Formerly called the Tienstien Club (Tianjin’s original name), the recreation center now known as the British Club serves as a museum. The British were the very first nation to colonize Tianjin and this is where British colonists enjoyed themselves in their newfound territory, with bowling alleys, ballrooms, billiards, bars and more.

Originally called the Winged Victory, this Italian statue once symbolized colonists’ call for foreign investment in China. Today Marco Polo Square is where the center of the Piazza Regina Elena used to be, after being taken down and dismantled many decades ago. It wasn’t until the last decade when Tianjin authorities decided to revitalize the Italian Concessional area into Italian Style Town that this monument was remade and put back up.
Marco Polo Square, Hebei District, Tianjin, China

This posh Austrian mansion may not be accessible yet but still makes for great eye candy as the exterior has been beautifully restored to its original appearance. This elusive residence once belonged to the infamous Yuan Shikai, also known as the Hongxian Emporer who tried to rule China after helping vanquish PuYi as the last employer. He was China’s first president until being cast out like his predecessor.
No.39 Haihe East Road, Hebei District, Tianjin 300010, China

The Drum Tower of Tianjin

The backbone of many major Chinese cities is its historic drum tower. Located in the Old City area of Tianjin, this tower is open to the public and features antiques, photographs, and actual drums that help you envision the life at the tower and the area that surrounded it.
Chengxiang Middle Rd, GuLou ShangYeQu, Nankai Qu, Tianjin Shi, China, 300090 +86 22 2727 3443