10 Most Popular Types of Tea in China 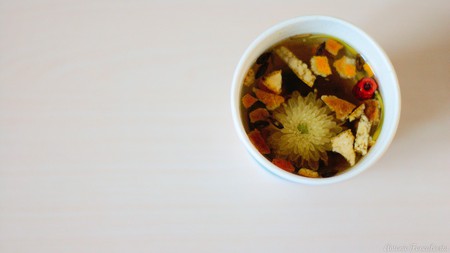 For many, China is synonymous with tea. In fact, many anthropologists agree that tea originated in China as early as the Shang Dynasty (1600 BC-1046BC). Since then, its medicinal properties and taste have been widely praised at home and abroad, and tea plantations have proliferated across China’s south. The drink has become so culturally ingrained that many rules exist for how it must be consumed. Read Culture Trip‘s guide to the ten most popular teas, and you will be well on your way to participating in Chinese culture like a local.

First enjoyed in the Song Dynasty (960-1279), chrysanthemum tea is made by steeping dried chrysanthemum flowers in boiling water, often with the addition of cane sugar and goji berries. The result is a subtly sweet floral mixture, as pleasing to the eye as it is to the palate. It has several supposed medicinal uses, including the prevention of sore throats and the reduction of fever. 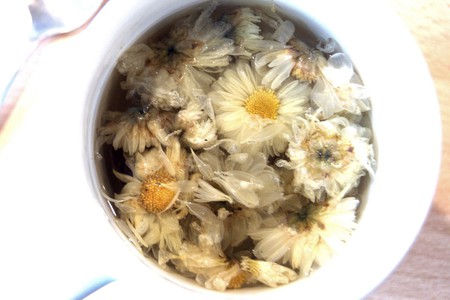 Pu-er tea, while wildly popular across China, is not everyone’s cup of… well, you know the saying. It is a fermented black tea produced primarily in China’s southern Yunnan province. It is typically packaged as a pressed brick, rather than as loose leaves. Certain properties of the tea have documented effects on lowering cholesterol, and some people even claim that pu-er has contributed to weight loss, although such claims are unsubstantiated. 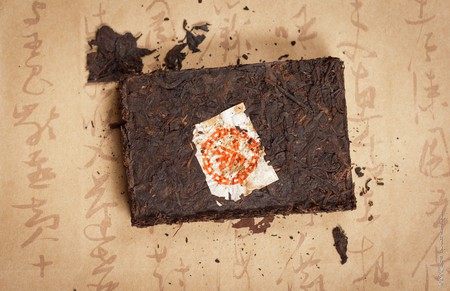 Green tea is found in many varieties throughout China and has maintained popularity for thousands of years, perhaps because of its noted health benefits. Polyphenols found in the leaves have antioxidant, anticarcinogen, anti-inflammatory, and anti-radiation properties, although regular green tea consists of 99.9% water, so you will have to drink a lot to see any noticeable effects. 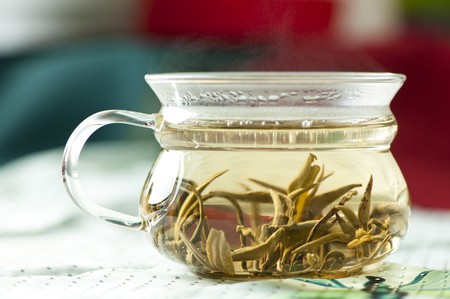 Da Hong Pao is a variety of oolong tea grown in Fujian province’s Wuyi mountains. It is heavily oxidized and darker than most oolong. Legend has it that the mother of a Ming Dynasty (1368-1644) emperor was cured by the leaves from the Da Hong Pao bushes. Six of the original bushes remain today, and the tea from them can sell for as much as RMB7,052,717 ($1,025,000) per kilogram. 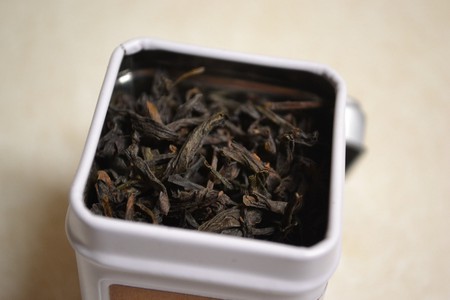 Tieguanyin, Chinese for ‘iron goddess’, is another premium variety of oolong tea, also originating from Fujian province. The tea is named after the Chinese goddess of mercy and has a deliciously intricate taste and warm aroma. The process of creating the tea is complex as well, requiring nine steps from plucking to drying. 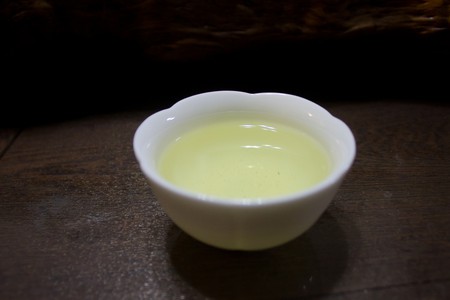 Produced in the Qimen region of Anhui province since the 19th century, Keemun black tea has quickly become a favorite of tea drinkers throughout China. It is a light tea with smoky notes, reminiscent of unsweetened cocoa. To get the characteristic nuanced flavors, tea makers engage the leaves in a prolonged withering and oxidization process. 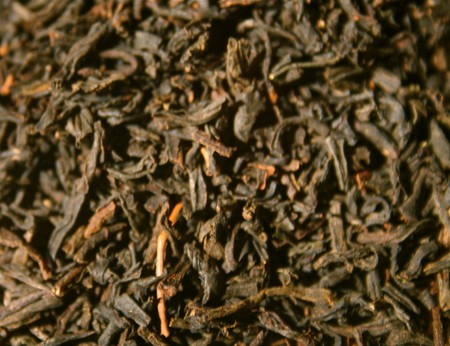 Junshan Silver Needle is a yellow tea from Junshan Island in Hunan province. Allegedly the favourite tea of Mao Zedong, the tea is grown on the one square km Junshan Island in the middle of Dongting Lake, making it a rare tea preferred on special occasions. The taste is very subtle, round, and vegetal. Brewing a cup is a very visual experience, as the leaves bob up and down in the water like dancers. 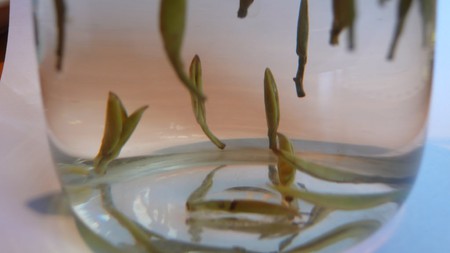 A famous variety of green tea, Huangshan Maofeng is grown in the foothills of Anhui province’s Yellow Mountain. The leaves resemble orchid buds and are covered in small white hairs, and the flavour profile of the resulting tea is earthy and full-bodied. The tea is said to help maintain liver health and skin tightness. 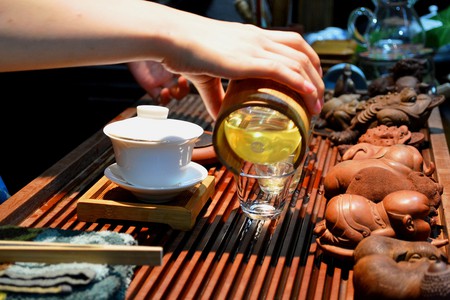 Longjing Tea, meaning ‘Dragon Well Tea’ in Chinese, is a high-quality, pan-roasted green tea from Longjing Village in Zhejiang province. It is high in Vitamin C, amino acids, and catechins. It was granted the status of an imperial tea by the Qing Dynasty’s (1644-1911) Kangxi Emperor. The bushes from which his leaves were picked are still around today, which are picked and auctioned annually for a higher price per gram than gold. 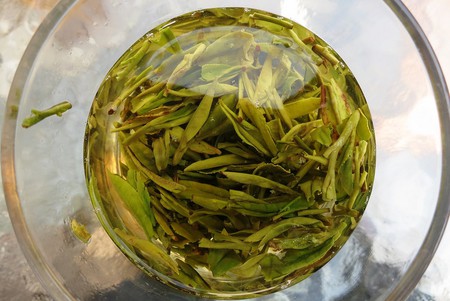 Bai Mudan, literally ‘White Peony,’ is a full-bodied, floral white tea made from one pluck of the leaf shoot and two young leaves. The brew is a pale green or golden colour and leaves a lingering fresh fragrance. This variety can be found in tea plantations throughout Fujian province. 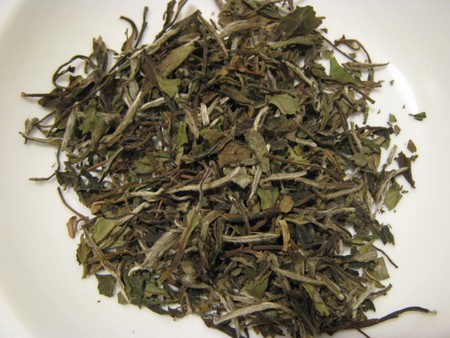 Bai Mudan | ©febs/Flickr
Give us feedback