Your Guide to Wildlife Watching in Cambodia 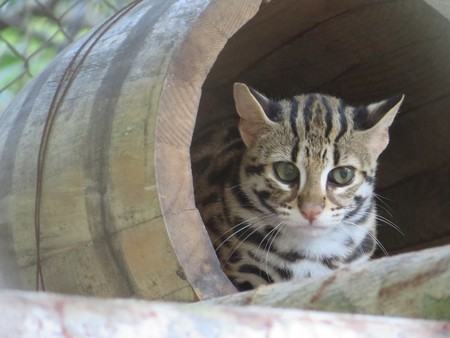 Cambodia, an animal enthusiast’s dream, is home to an abundance of rare and exotic birds, mammals, and marine life. Thanks to conservation efforts by a number of organizations, the wonders of Cambodia’s wildlife is a world waiting to be discovered.

From tigers and cat leopards to river dolphins, sun bears, and elephants, Cambodia is home to a diverse range of wildlife.

While decades of illegal logging, hunting, and animal trafficking have taken their toll on many animal populations, leading to several being placed on the endangered list, huge conservation efforts are being carried out by various organizations to ensure they do not fall into extinction.

The result is a range of eco-tourism projects, offering visitors a unique insight into the work being carried out, as well as the opportunity to spot some wildlife along the way.

Wildlife rescue NGO Wildlife Alliance (WA) works within Cambodia to prevent the illegal trade and trafficking of animals, as well as abuse. It also works within communities to educate on the importance of preserving, not poaching, rare animals. Its ultimate aim is to rehabilitate and return wildlife to its natural habitat, and Phnom Tamao Rescue Centre forms part of that. Sitting about 30 kilometers outside of Phnom Penh, the centre is home to a range of animals, including elephants, tigers, deer, leopards, gibbons, and otters. Avid animal fans will love WA’s day tour, which gives visitors the chance to get up close and personal with the animals. This includes feeding elephants, entering the tiger’s den, visiting the hand-reared baby animals, and having macaques swinging around you when you enter their enclosure. 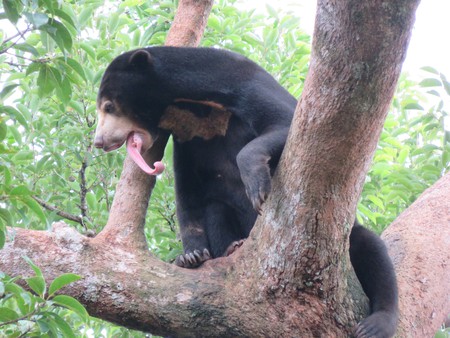 Another of WA’s pioneering projects that will appeal to wildlife enthusiasts is a visit to its wildlife release station in the heart of the Cardamom Mountains. After being rehabilitated at Phnom Tamao Rescue Centre, animals that are fit to be re-released into the wild are transported to the remote location where they are kept prior to their new lives. A range of animals, including sun bears, gibbons, monkeys, and an array of birds can be seen up close, with rangers on hand to explain their story. Treks through the surrounding jungle also take in rare flora and fauna, thick jungle, waterfalls, and swimming holes. Accommodation is basic in a bamboo hut.

Transport is from Chi Phat village 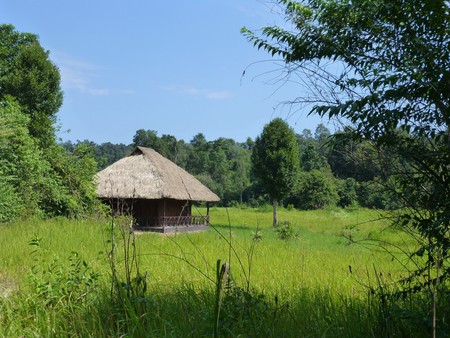 If birds are more your thing, then the Sam Veasna Centre in Siem Reap is a must. The NGO, which has been in operation since 2006, aims to protect and preserve the rare birdlife that call the spot home. From Bengal floricans and giant and white-shouldered ibis to three-critically endangered species of vulture, experienced, English-speaking guides are on hand to steer guests around the sanctuary. Various tours are held, starting from half a day. The center also prides itself on its dedication to providing employment to locals through its work. 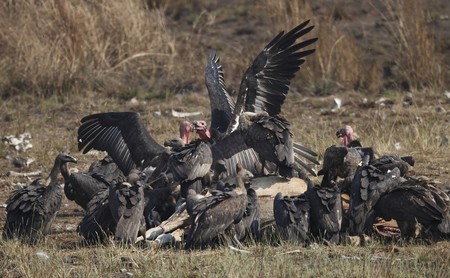 There’s something truly magical about watching elephants roam around in their natural habitat, and it’s an experience that’s on offer at Elephant Valley Project (EVP). Offering respite to overworked and abused elephants, EVP offers them reprieve in the form of a return to their natural habitat. Based in a remote jungle in Mondulkiri, visitors can sign up for a series of trips, ranging from a full-day visit with the elephants through to five days, and a series of longer volunteering opportunities. During the visit, guests hike through the jungle, shadow the elephants as they lazily stomp through the forest, and learn about the indigenous tribes that inhabit the area and the conservation efforts going on. 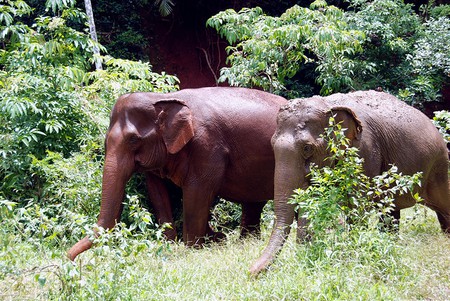 Angkor Centre for Conservation of Biodiversity

As Cambodia’s first conservation and endangered wildlife rescue and breeding center in Cambodia, Angkor Centre for Conservation of Biodiversity offers daily tours of its site in Siem Reap. From pleated gibbons, silvered langurs, and slow Loris to palm civets and pangolins, there is a range of wildlife living in this sprawling sanctuary, with guides on hand to explain in depth the history behind each species, as well as the work carried out at the center to conserve these rare species.

Found in coastal areas of South and Southeast Asia, the Mekong River Irrawaddy dolphin can also be spotted swimming in the Mekong River at Kratie province. Inhabiting a 118-mile stretch of the river between Cambodia and Laos, the dolphins are close to extinction, with an estimated 78 to 91 remaining. There are various tour operators that run tours to the rural province to spot these beauties.