The Best Neighbourhoods in Phnom Penh For Young Professionals 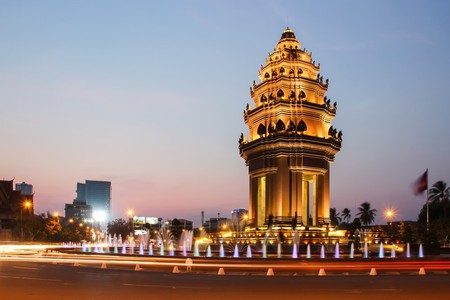 Gone are the days when Cambodia’s expat scene was defined mainly by NGO workers, sexpats and the long-term backpacking crew. Modern Cambodia welcomes a wealth of people of all ages and backgrounds, with more young professionals seizing the growing opportunities the country has to offer. Here are the best Phnom Penh neighbourhoods for young professionals.

This emerging area is becoming increasingly popular by the day and is the perfect spot for young professionals. Also known as Russian Market, just a few years ago there was only a handful of coffee shops and nothing catering to the expat crowd open after dark. Today, the area is dotted with trendy bars, restaurants, boutiques and coffee shops, with cheaper rents attracting businesses and people away from Boeung Keng Kang 1 (BKK1). This has also led to development picking up pace in the area. However, most of the new apartments are low-lying in comparison to the high-rise condos that litter BKK1. As well as still being able to find a cheaper Cambodian-style apartment, many of the new builds offer Western fixtures and fittings, and some still have gyms and pools – all at a drastically lower price than BKK1. And while Toul Tom Poung’s distance from the centre (about 10 to 15 minutes in a tuk tuk) used to be an issue, the area’s gentrification means those who live there can now stay put. 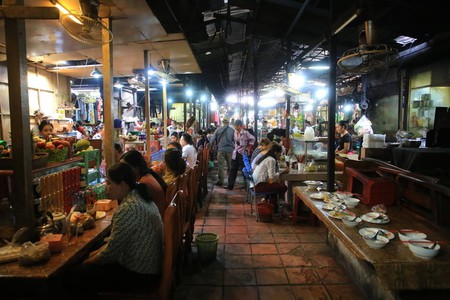 Traditionally the expat quarter, BKK1 – or Boeung Keng Kang – remains a thriving hub, although the rising rents and rapid pace of development in the area have led to many expats planting their roots in other neighbourhoods. Once home to a wealth of spacious colonial villas and NGO headquarters, recent years have seen BKK1 almost unrecognisably transformed. The majority of the villas have been torn down to pave the way for hotels and high-rise luxury condo and apartment blocks. However, the mounting collection of Western-style condos, often complete with a gym and swimming pool, appeal to the young professional crowd. BKK1’s central location and overflow of coffee shops, restaurants and bars also add to its appeal, just be prepared to pay the price of living in this popular area. 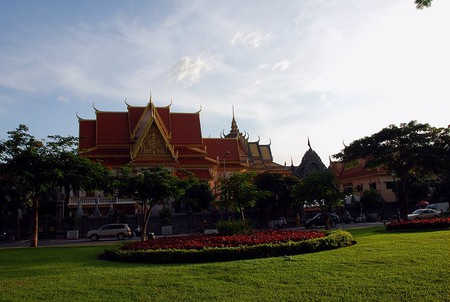 The BKK1 exodus has seen many expats relocate to the neighbouring area of Tonle Bassac. Again, the ring of construction in the air is never far away, in fact impossible to escape in Phnom Penh, Tonle Bassac has still retained much of its charm, with the area comprised of a collection of quaint alleys and backstreets that house a range of Cambodian houses, low-rise apartment blocks and modern creations. It is also home to a swathe of restaurants, coffee shops, markets and shops and is also a pretty central location. 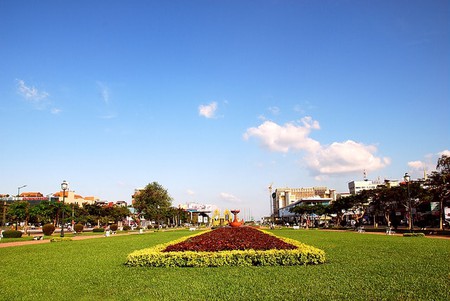 Commonly referred to as Toul Sleng because it is home to genocide museum S-21, BKK3 is becoming more on the radar of many. Sandwiched in between BKK1 and Russian Market, rent prices remain relatively low in comparison to BKK1 and even Toul Tom Poung. It is also home to a growing number of tall condo blocks, modern apartments and more traditional housing. While it may not have the number of restaurants, bars and other attractions geared toward expats, its location means it’s easy to access whatever your heart desires. And with change happening seemingly overnight in the developing capital, BKK3’s landscape looks set to shift any day. 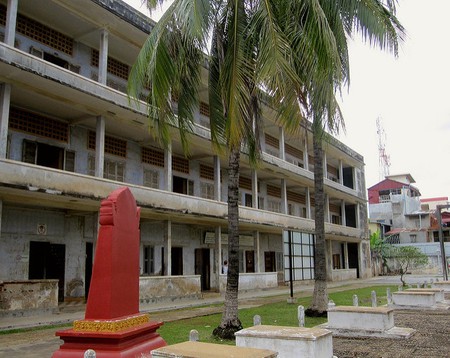