The 10 Best Local Festivals in Cambodia 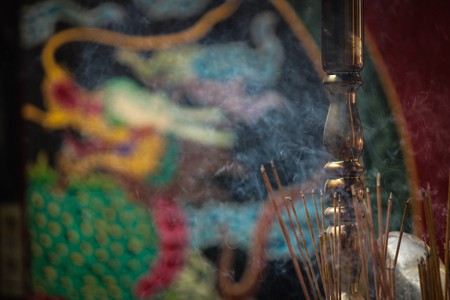 The Cambodian calendar is dotted with festivals and public holidays – a staggering 28 – making it the country with the highest number of holidays in the world. Here are 10 of the top festivals, how they are celebrated, and what to expect.

Cambodians love a reason to celebrate, an attribute that is evident from the calendar, which is bursting with public holidays. While some holidays pass by relatively unnoticed, many come coupled with festivities and are steeped in tradition, making them a great time to experience rich Cambodian culture first-hand. 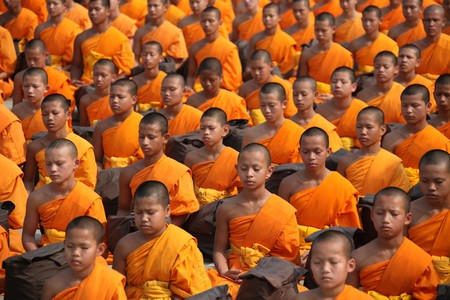 Held on January 7th, this day celebrates the start of the fall of the Khmer Rouge, when on the same date in 1979, Vietnamese invaders stormed Cambodia. They eventually took back power from the genocidal Pol Pot-led regime on April 17 after four years of brutal reign.

It is commemorated with a remembrance parade and service at Independence Monument in Phnom Penh.

This Buddhist festival is celebrated across the region during the full moon of the third Khmer lunar Month (Meak) – this year on January 23rd. It is also referred to as Buddha’s Preachment Commemoration Ceremony.

On this day, seven months after Buddha started his teachings, more than 1,000 monks gathered to hear him preach. He is said to have ordered them to spread Buddhism’s principles, marking a major milestone in the religion’s development.

Forty-five years later, on the same date and just before his death, Buddha delivered more teachings.

Meak Bochea celebrations start early, with offerings being given to monks. In the evening, people flock to the temples to listen to preachings, and perform a candle ceremony.

Here, they walk around the temple three times with flowers, incense and a candle. Each circuit represents one of the ideas of Buddhism – Buddha, Dharma and Sangha.

Khmer New Year – or Choul Chnam Thmey – is one of the largest celebrations in Cambodia. The annual celebration falls on either April 13th or 14th and spans three days to mark the safe collection of the harvest and the welcoming of the rainy season.

During this time, the majority of Cambodians return to their home provinces to spend time with their family – for many, the first of two annual home visits. They will carry out traditional rituals, such as lighting candles and incense at family shrines, giving offerings and prey at pagodas, and washing elders to cleanse and bring good luck.

It’s also a time to have fun with the family, with a host of traditional New Year games carried out and water hurled at each other – although don’t expect anything like the Songkran celebrations that are taking place at the same time in neighbouring Thailand.

While the public holidays usually span three or four days (April 14 to 17, 2018), many Cambodians take a week off work, with many local businesses also closing their doors for the same time.

Urban centres tend to empty out, with Phnom Penh resembling a ghost town. Many shops, cafes, restaurants and bars close – with those that remain open running on skeleton staff so expect service to be slack – and the costs of transport and accommodation increase (so book up quick).

This annual event – Pithi Chrat Preah Neanng Korl – harks back to tradition and is considered an ancient royal rite. As well as officially marking the start of the rice growing season, it was seen as a way to forecast the weather and determine the harvest ahead.

The elaborate ceremony, which is held outside the Royal Palace in Phnom Penh, sees the King or a selected representative till a plot of land with a plough pulled by two oxen. After three rounds, the animals are given a choice of fodder in the form of rice, corn, green beans, sesame seeds, freshly-cut grass, water and rice whisky.

What the oxen decide to eat determines the prediction for that coming year. For example, if the bulls drink wine then it forecasts an increase in crime, while drinking water suggests flooding, and grass predicts widespread animal diseases.

This year the Royal Ploughing Ceremony falls on May 3.

A two-day holiday is held every year to mark the birthday of King Norodom Sihamoni on May 14th, who took over the throne on October 29th 2004. Many businesses and homes will put up his picture to mark the day.

Earlier this year, an additional public holiday was added to Cambodia’s calendar in the form of the Day of Remembrance on May 20th. This marks the start of the mass killings by the Khmer Rouge regime on May 20, 1976.

Kind of the Cambodian equivalent to Halloween, this is another major religious celebration across the country, so expect a similar evacuation of urban centres, business closures and increase in prices to Khmer New Year.

Also called Ancestors’ Day, this is a time when Cambodians believe the last seven generations of deceased relatives who are unable to pass onto their next life come back to roam Earth. And they are hungry.

During Pchum Ben, Cambodians will visit pagodas – up to seven different temples – to give offerings of food to monks, who will pass it onto the spirits.

This year’s Pchum Ben will be from October 8th to 10th.

When King Norodom Sihanouk died on October 15th 2012, shockwaves rippled across the country at the loss of the former King, who abdicated in 2004 and passed on the crown to his son. The country went into 100 days of mourning and the loss is still marked today with a public holiday.

October 23rd marks the day that the Paris Peace Accords were signed in 1991, signifying the official end of decades of conflict. It also led to the deployment of the first post-Cold War peace-keeping mission, the United Nations Transitional Authority in Cambodia (UNTAC).

UNTAC also represented the first time the UN has taken over as the government of a state, and operated in the country from 1992 to 1993, helping to restore peace, organise and run elections and promote human rights.

Another hugely celebrated holiday is the Water Festival or Bon Om Touk, which runs across three days and varies depending on the lunar calendar. In 2018, it runs from November 21st to 23rd.

As opposed to Khmer New Year and Pchum Ben, this festival sees the majority of the country descend on Phnom Penh to watch the three days of boat racing that takes place on the Tonle Sap River.

The festival marks the reversal of flow between the Mekong and Tonle Sap rivers – an anomaly unique to the country.

It is also a way for Cambodians to thank the rivers – the country’s lifeblood – for providing them with water for fertile farming land and fishing.

Each day, the capital’s riverside fills with crowds of people gathering to watch the boat races, which carry on into the evening.