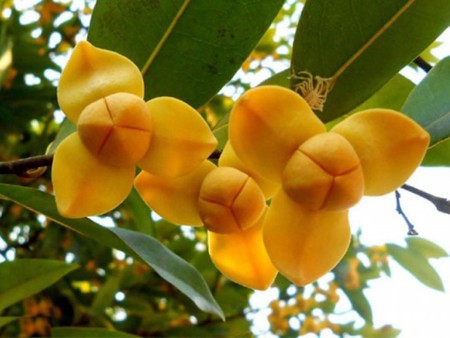 Cambodia’s national flower is the fragrant rumduol. Here are 11 facts about the delicate flower that’s found across the country.

It’s a type of plant

Known scientifically as metrelle mesnyi, the rumduol is a type of plant that grows between 8 and 12 metres tall, with a stem diameter of 20 to 30cm.

Rumduol flowers are a dainty white-yellow, with flat, single alternate leaves without spur that are 2 to 4cm by 6 to 10cm in size. The bark of the stem is yellow-brown.

One of the reasons behind the rumduol’s allure is its fragrant smell, which is particularly potent in the late afternoons and evenings when its sweet perfume hangs heavy in the air.

In traditional medicine, which is still widely practised across rural Cambodia, the flowers are used to treat dizziness and help the heart and blood pressure, while the bark is used to treat fever.

The plant bears clusters of fruit that turn to a dark red when ripe. It is edible and can be found at the many markets across the country.

In 2005, the rumduol was officially made Cambodia’s national flower in a royal decree by King Sihamoni. It was also flagged up as a symbol of environmental preservation by the government. 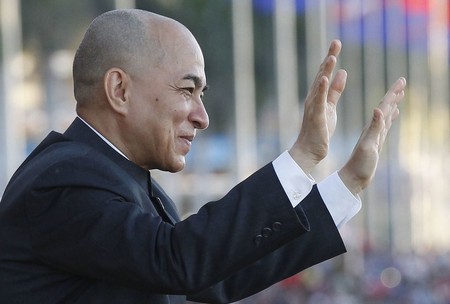 It was used to make lip wax

Its sweet smell made it an attractive ingredient in ancient times, with the flower being transformed into a scented lip wax for ladies called kramuon rumduol.

You can spot rumduols growing in public parks, streets, private gardens, and at hotels, bars and restaurants – however, you’ll undoubtedly smell it before you see it.

Places are named after it

There are several places in Cambodia that have rumduol in their names. These include Romdoul District in the southeastern province of Sray Vieng and Ou Rumduol, a commune in Battambang province.

Its stem is pretty useful

The stems are often used by locals as firewood and construction material for houses, boats and other items.

It’s used as a compliment

Beautiful Cambodian women are often referred to as rumduol, and it is also used as a female name in the country.