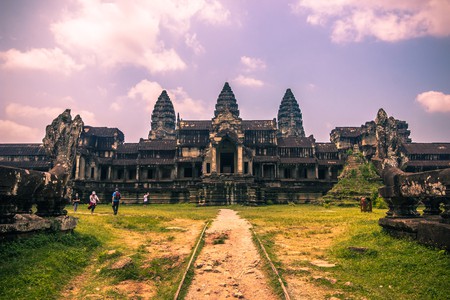 There’s no question that Siem Reap is something of a spiritual hub. Stretching across 400 square kilometres, Angkor Archaeological Park is home to hundreds of temples, including the popular Angkor Wat, Bayon and Ta Prohm. In addition to this must-see trio, a smattering of lesser-known but just as beautiful temples take travellers off the beaten track – and away from the hordes of tourists. Here are seven of the best.

Sitting at the heart of Angkor Archaeological Park is the glorious Angkor Wat. Undoubtedly one of the most spectacular temples in Cambodia, and the country’s most popular draw, Angkor Wat is among the world’s largest religious monuments and is a popular spot to see the sun rise. Spanning 162.2 hectares, it was built in the 12th century as a Hindu temple, but later transformed into a place of worship for Buddhists. However, if you think you’re going to get the intricate bas-relief carvings to yourself, think again, because tourists flood the complex at all times of the day. It’s worth battling the crowds, though, especially for the spectacular views when you climb to the top of the central towers. 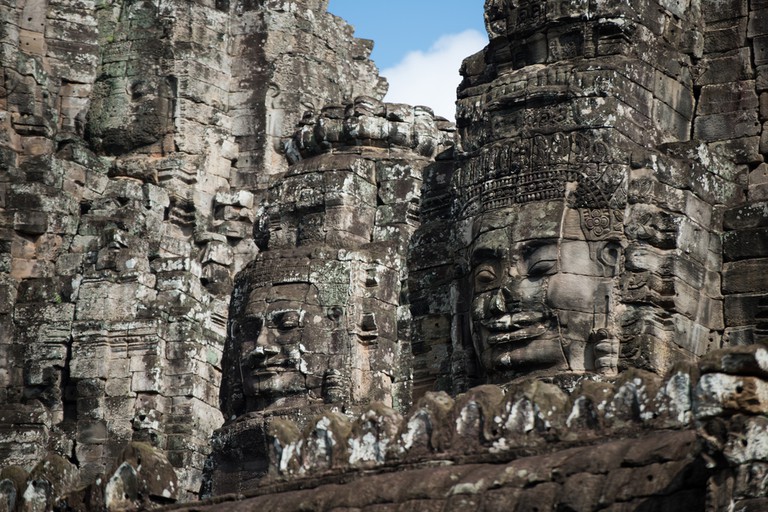 Bayon and its stone carved faces is popular with visitors
Another much-loved temple on the tourist trail, Bayon is best known for the huge faces carved into the stone towers. Although small in comparison to Angkor Wat, this sacred building is much more condensed. It was built in the late 12th- and early-13th-century as the official state temple of King Jayavarman VII. Huge restoration work has since taken place, and is ongoing, so expect to clamber over stones and through dark, narrow passages to see it all.
Open In Google Maps
Angkor Archaeological Park, Siem Reap, Cambodia
Give us feedback 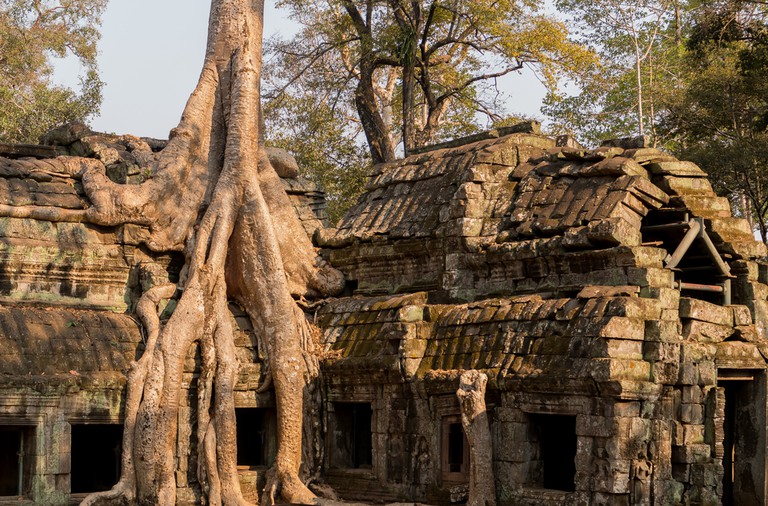 Ta Prohm provided the backdrop to Lara Croft: Tomb Raider starring Angelina Jolie. | © trafi / Shutterstock
Another favourite with visitors, Ta Prohm was flung into the limelight when Angelina Jolie was filmed amid the dramatic, root-ravaged walls for Lara Croft: Tomb Raider. One of Angkor’s oldest temples, Ta Prohm is said to be the first built entirely of sandstone and features a five-tiered pyramid with steep staircases on each side. With many of the ruins consumed by the roots of towering trees, this temple is by far one of the most magnificent. It is also undergoing extensive restoration work, with some sections closed to the public.
Open In Google Maps
Angkor Archaeological Park, Siem Reap, Cambodia
Give us feedback 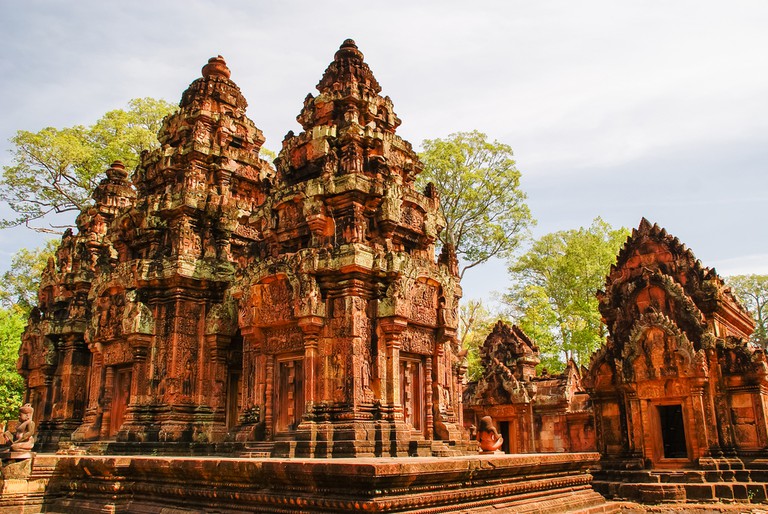 Beautiful Banteay Srei is further off the tourist trail. | © Shaozhi / Shutterstock
To escape the madding crowds, Banteay Srei is worth the journey. The site is located 35 kilometres (22 miles) from Siem Reap, with the drive taking visitors through a stunning countryside, past children screaming ‘hello’ from their bikes, farmers working the fields and women doing laundry in streams. Boasting intricately carved buildings made from soft, pink sandstone, this miniature temple could be plucked straight from a fairytale.
Open In Google Maps
Angkor Archaeological Park, Siem Reap, Cambodia
Give us feedback 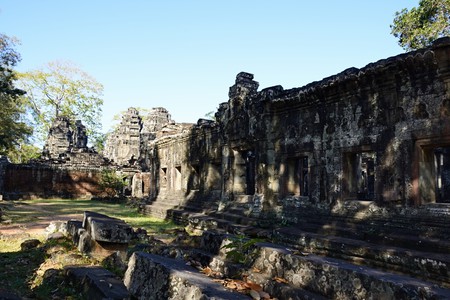 Banteay Kdei is off the beaten track | © dreamloveyou / Shutterstock

Known as the ‘citadel of monks’ cells’, this Buddhist temple dates back to the mid-12th to early-13th centuries. Banteay Kdei is similar to Ta Prohm in design, but it’s smaller, easier to navigate and less crowded. Extensive restoration work is being carried out to try to claim the temple back from nature. 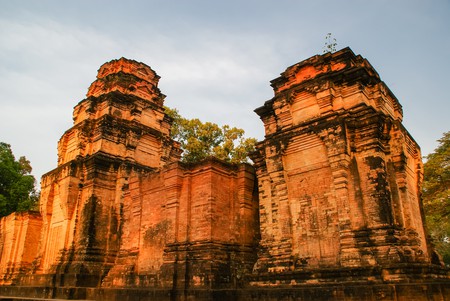 One of the smaller Angkor temples, Prasat Kravan was created in the 10th century and boasts an impressive facade of red-brick symmetrical towers. The bright orange hue of the stone makes this temple a beautiful spot to stop off at. (Prasat Kravan is usually the first stop on longer tours of the Angkor temple complex.) 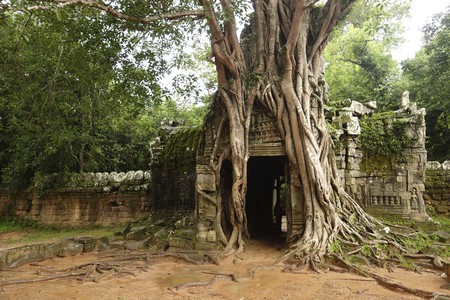 If you’re looking for a quieter alternative to the root-threaded Ta Prohm, minus the throngs of people, then Ta Som is a great option. With its impressive entrance, the temple gets even more mysterious as visitors delve deeper and discover untouched corners, secret crevices and more exposed roots.