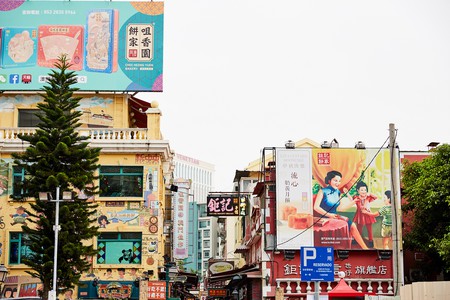 With a culinary legacy dating back more than 450 years, it’s little wonder Macau has been duly crowned a UNESCO Creative City of Gastronomy. This Chinese territory’s fascinating hybrid of Cantonese and Portuguese cuisines – with a sprinkling of European, Indian, African and Southeast Asian influences – is as pioneering as it is eclectic, and as such, it’s a fantastic destination for foodies. 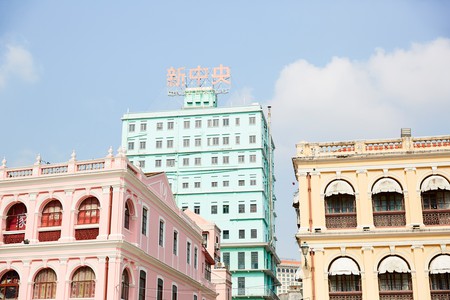 But how did the food from a small city on China’s southern coast make its mark? When Macau was first colonised by the Portuguese in the 1500s, the new settlers were one of the many ethnic groups to marry local Chinese. These would eventually come to include Indians, Malaccans and Africans, creating an indigenous community known as the Macanese. At the time, the Portuguese wanted to eat their favourite dishes from home but couldn’t find the same ingredients. Instead, they used local Chinese and other Southeast Asian ingredients picked up on their trading route as substitutes, and thus a new cuisine was born. 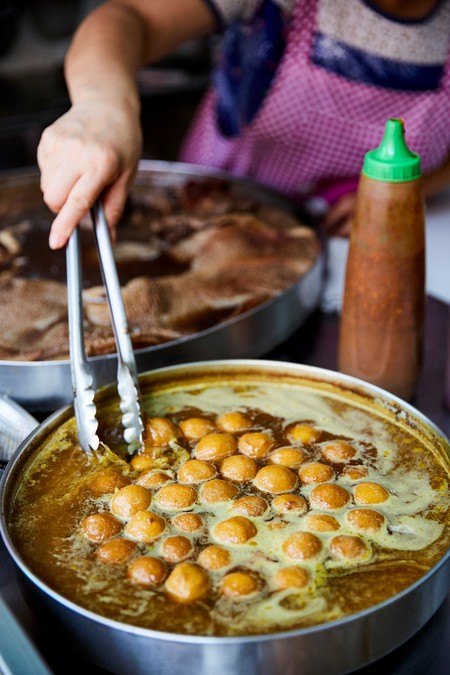 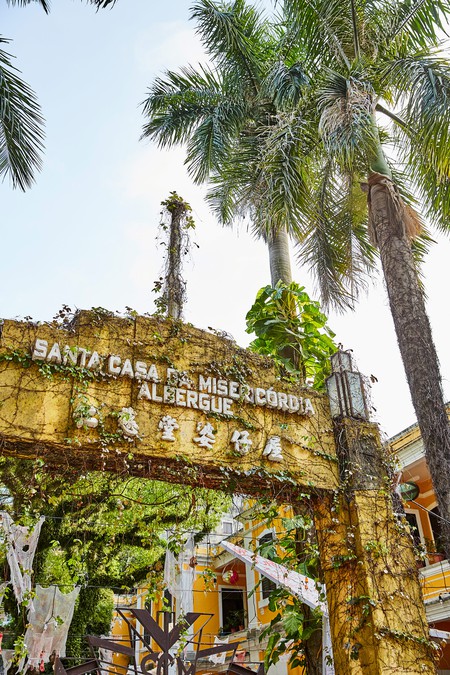 For a long time, Macanese meals were primarily cooked at home for the family, but today a growing number of local restaurants and cafés serve signature dishes. Among them is Riquexo – a small and cosy Macanese restaurant decorated with photos of old Macau on its walls. Run by Sonia Palmer and her 103-year-old mother Aida de Jesus – known as the godmother of Macanese cuisine – it’s been a local favourite for more than 35 years. Using time-honoured recipes passed down in the family for generations, the dishes here are delicious and reasonably priced. Here, you can tuck into classic Macanese dishes like the popular minchi (sautéed minced beef and/or pork) and porco bafassa (tender braised pork with stewed potatoes and a turmeric gravy). 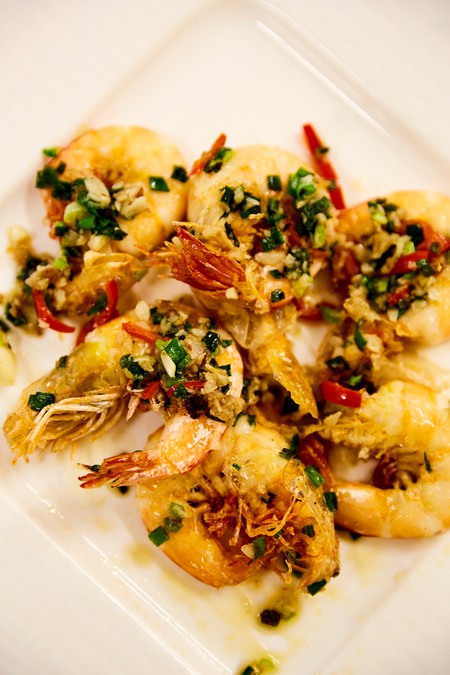 This authentic Macanese dish is made with prawns, garlic, shallot and chillies | © Dara Tippapart / Culture Trip 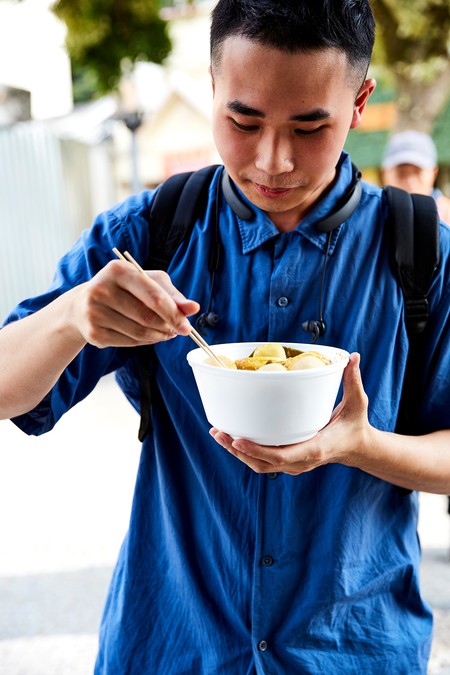 However, African chicken (galinha à Africana) is considered Macau’s “national” dish. Despite “Africa” being in the title, it’s a Macanese dish that’s a spin on piri piri chicken from Mozambique in Africa (also a former Portuguese colony). Other popular dishes include Macanese chicken (a braised coconut chicken stew with coconut milk, shredded coconut and some turmeric) and tacho (a Macanese take on a traditional Portuguese slow-cooked stew that combines cabbage with cuts of ham, pork and Chinese sausages instead of the Portuguese chouriço). Other favourites, like Macanese chilli prawns (stuffed prawns served in a white wine and garlic sauce) and baked duck rice, can be found on menus at renowned Macanese restaurants like Litoral and La Famiglia. 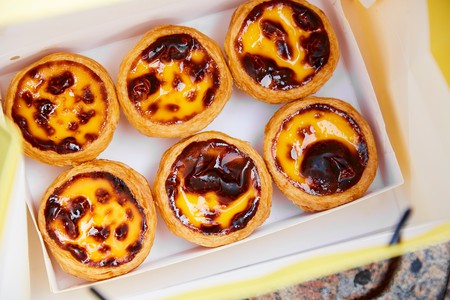 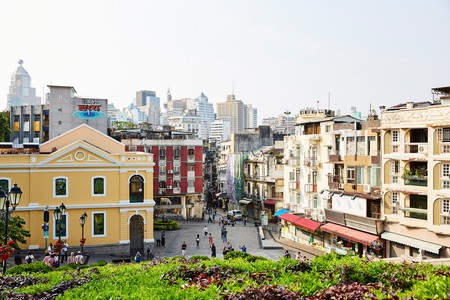 Macau is also celebrated for its street-food scene. In fact, several Macanese street eats have been recommended by the Michelin Guide, but none more so than the Portuguese egg tart, which attracts visitors from all over. Stop at Lord Stow’s Bakery or Margaret’s Café e Nata for some of the best in town. 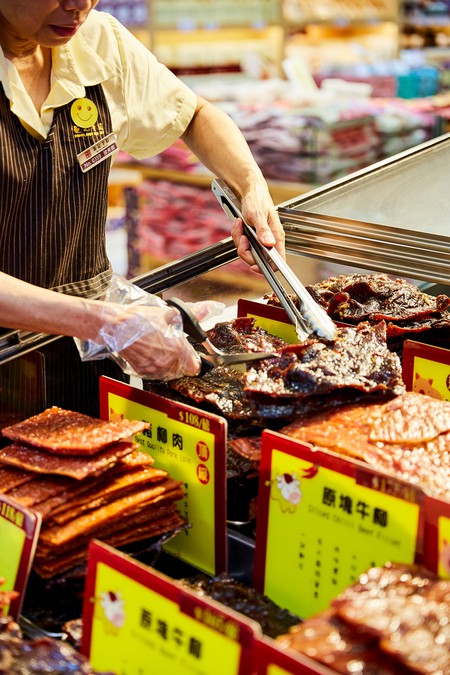 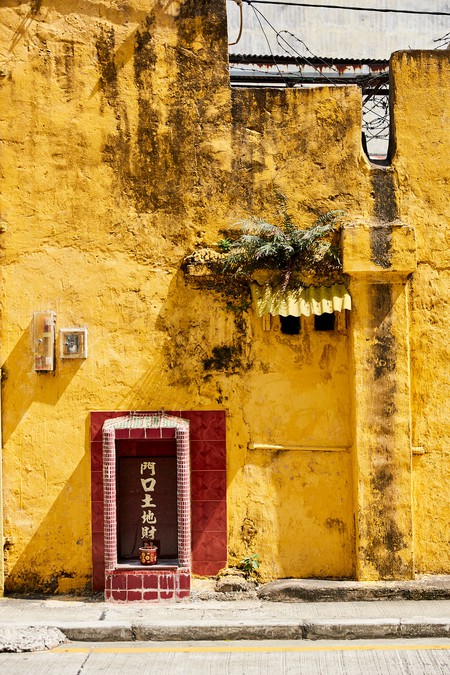 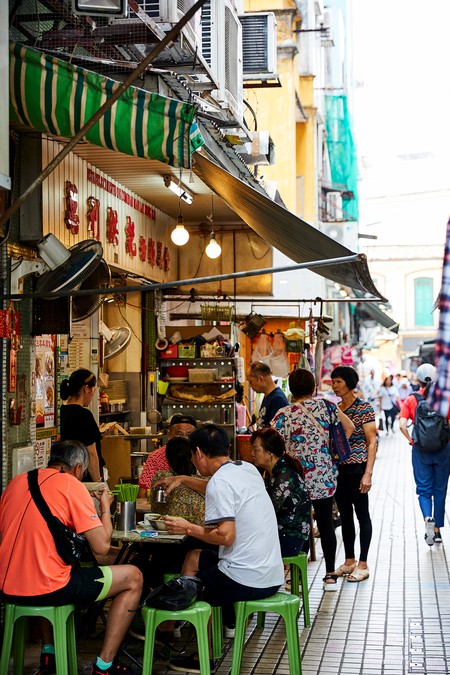 The pork-chop bun is another tasty street-food dish. Sun Ying Kei in Macau’s Taipa Village specialises in the succulent marinated pork chop wrapped in a warm, chewy bun – but while you’re in the village, you can relish even more local street-food snacks including the ever-popular almond cookies, jerky and bakkwa (salty-sweet dried meat), curry fish balls, durian ice cream and steamed milk pudding (to name a few). 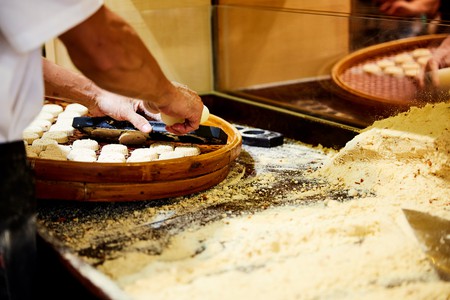 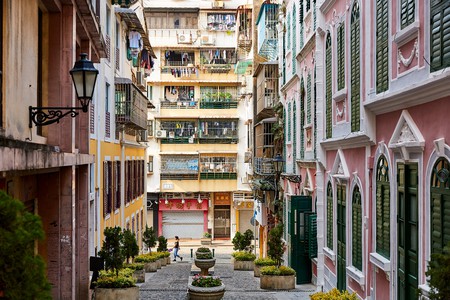 Those keen to hunt out a bargain or see where locals buy their produce should visit Macau’s Red Market. Housed in a historic three-storey red-brick building, it’s filled with vendors selling some of the freshest produce in town and is a great place to experience the traditional Asian wet-market culture. 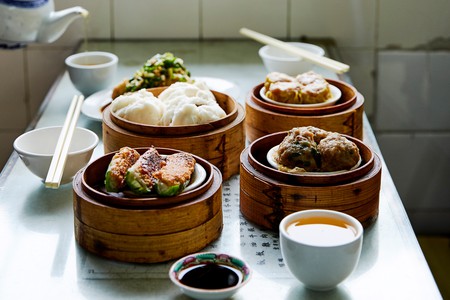 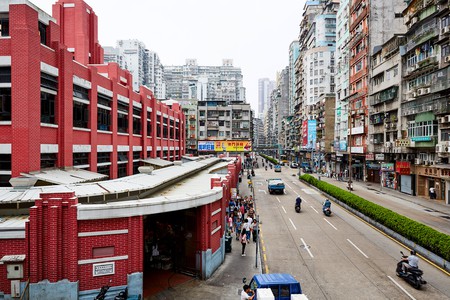 Still, no trip to Macau is complete without a delicious dim-sum fix. For this, head to Long Wa Tea House, located just behind the Red Market, which is one of the last remaining traditional teahouses in the city. Here you can just grab any dim sum you fancy from the trolley next to the staircase. Favourites include classic dim-sum dishes like BBQ pork buns, shrimp dumplings, siu mai (steamed pork dumplings) and beef balls. It’s the perfect spot for breakfast or lunch, and serves as a reminder that no matter where or what you eat in Macau, you’ll be nothing less than impressed. 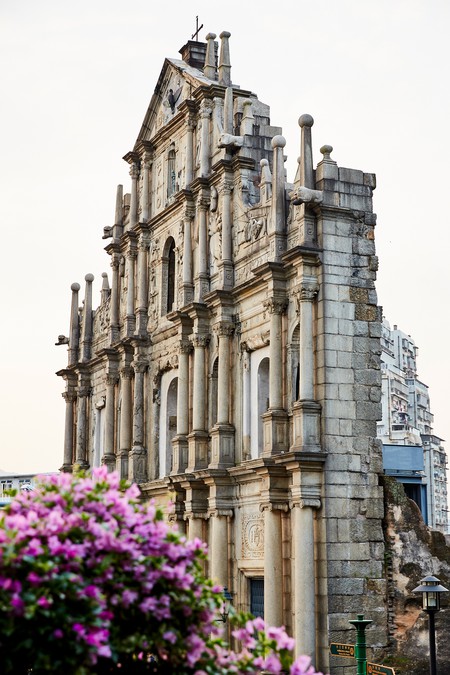