The Afghanistan Startup Community Helping to Rebuild a Country 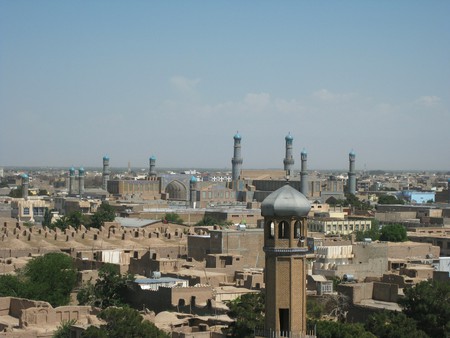 Afghanistan has suffered from continuous war and disruption for well over a decade, but in the aftermath of the devastation faced by the country, a young tech community is beginning to appear.

Ahmad Fahim Didar is an entrepreneur based out of the country’s capital, Kabul. He is the CEO and founder of Aghaez Consulting Group and director of Startup Grind Afghanistan, an organization looking to promote the startup community in Afghanistan. The Culture Trip spoke to Didar about the future of tech in the country.

How big is the startup community in Afghanistan?

It is really not easy to tell you about this, but it is just shaping, so we can say it is not very big. Here I give you some numbers: Ibtikaar, the first tech incubation Center by the government and world bank produced 20 tech companies in two years. Founder Institute [has been] working for two years and could graduate six companies. Startup Grind had 700-plus attendees in four events since March 2016. And five companies formed.

Mainly the community is in Kabul and other provinces have not seen much. Recently Startup Grind and iLab is moving to the provinces. Startup Grind’s first event in Mazar was on 17th September. And iLab has already arranged sessions in Herat, and one will be in Nanagarhar soon.

How does Startup Grind help entrepreneurs in the country?

We are in period of transition from aid economy to actual market, in such a situation the employment rate naturally drops down and negatively affects the livelihood of families. Currently Afghanistan faces this issue, but government and its international partners are working at all levels to create jobs through number of short term and long term programs.

Besides what government and its partners are doing, people should also perform a supporting role in the transition period. It is time to change the mindsets of people, especially youth, from being observers of government/international partners to becoming partners and create jobs at micro level by their own efforts.

One of the most important endeavors is to nurture the entrepreneurship mindset in youth, especially the fresh university graduates who always expect from government instant jobs as soon as they are graduated. Startup Grind is doing this work. We brighten the minds of youth by telling them the stories of those who started and now they are successful, and we connect potential entrepreneurs with resources through our events. 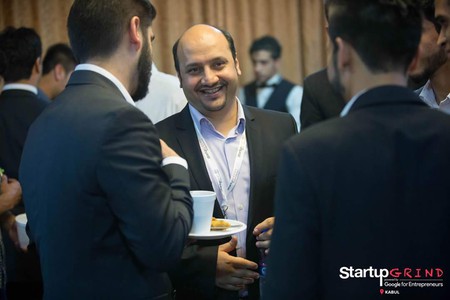 What does the community need to grow?

Inspiration and awareness is the most important thing. Besides Startup Grind, there should be more initiatives. Later stage is to arrange facilities for startups like co-working spaces, incubations, acceleration centers so when people have idea they can really work on that. Recently some initiatives are there like Ibtkaar tech incubation center, DAFTAR co-working space and newly launched Startup Valley. More of these are needed to grow the community.

What is the biggest challenge for a startup in Afghanistan?

Security is the biggest. The uncertainty of the political situation, the government rules and regulation especially the taxations [are also challenges]. There is yet now any formal support for startups available in government policies. Lack of resources like incubation centers and others. 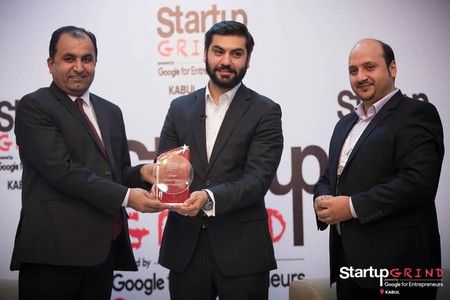 Which parts of the Afghanistan economy are most ready for disruption by startups?

As in most countries tech can be the first one, but in Afghanistan the tech sector of economy due to lack of infrastructure, less access to resources and the knowledge of people, tech is not the first area, but can be the second.

The food industry is one of the most rapidly growing and number of startups are raising [investment] like Lunchbox, Slice Bakery, and lots of chains of restaurants. Also, the agriculture sector, especially the dairy business, but it requires a lot of investment.

What made you want to be an entrepreneur?

The desire of doing business the way I want, and that is to not do business just for making money, but for taking the community around you to the next level of life as your business moves.

If talking in terms of compensation, I believe an employee is either paid 70 percent more than what he does or 70 percent less than what he is really worth. I did not want to be in either of the categories, thus optioned for my own business to be compensated to the level of my potential.

Here is a general concept I have: To my little knowledge, business/entrepreneurship is not just about making money, but it is about creating a triangle of values among personal value, professional value, and the values created for society/community. The money will be produced inside that triangle. Failing to create any of the three values means an incomplete triangle and no place to produce money in. Thus the downfall of your business.

Do not try to make money out of every opportunity, rather, use the opportunity to strengthen/enlarge the triangle of the values. The larger the triangle, the more inside space to produce money.

I want make this life of values, but in most of my jobs I was not seeing this. However, I have learned a lot and the lessons learned from employment is now helping me in my business.

How would you personally like to see the Afghanistan startup scene in five years?

[I think it will be] very bright and huge number of startups and a community expanded to all five regional hubs of Afghanistan. There will be at least 1,000 startups officially counted and there will be more than 50 percent who may have not been counted officially.

I can see that there will be government entities who will start to promote startup formation. International donors have already started helping. Private intervention will become more. The economy as mentioned above is turning to an actual Afghan market, thus the rise of startups is natural.