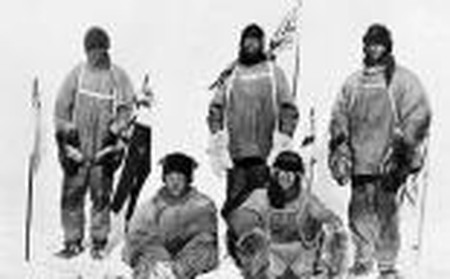 Captain Robert Falcon Scott was a British Naval Officer and Antarctic explorer whose reputation has been tarnished by the failure of his Terra Nova voyage. Despite this, a renewed interest by historians in rehabilitating and salvaging Scott’s renown has sparked further investigation into the life and work of this prominent figure. 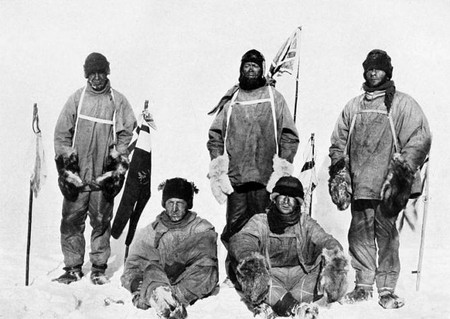 Thus reads the final poignant diary entry of Captain Robert Falcon Scott. Born in 1868 to a Devonshire family with strong military and navel connections, Scott’s own career began in 1888 when he was enlisted into the cadets, aged 13. A prodigal talent, he served on various Royal Navy ships in the 1890s and 1880s, before being appointed by the Royal Geographic Society to captain the British National Antarctic on the HMS Discovery expedition of 1901-1904, reaching further than previous teams. Returning from the expedition as a national hero and promoted as Captain, Scott raised funds for a second trip in an attempt to be the first team to reach the coveted South Pole. 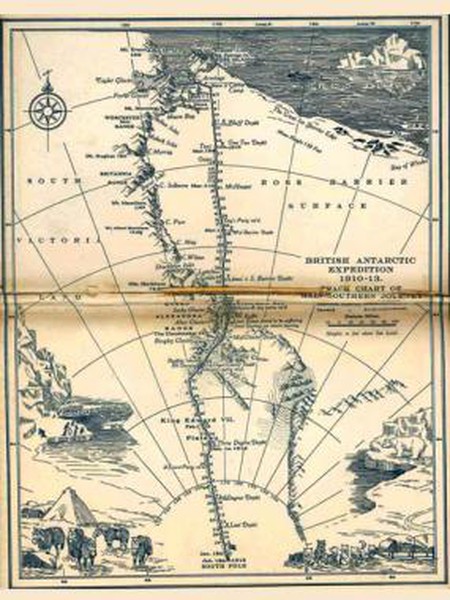 The ill-fated 11-man Terra Nova crew, including zoologist Edward Wilson, set sail from Cardiff in June, 1911, with an arsenal of dogs, ponies and motor sledges for transportation. Scott was filled with optimism, noting in his diary on the 2nd August, 1911, ‘I feel sure we are as near perfection as experience can direct’.The group finally set off from their base the following October. However, following a series of crippling setbacks, including the loss of a motor sledge, and the death of six ponies, who were not acclimatised to the averse, unforgiving weather conditions, many of the support team were sent back. The five remaining men – Scott, Wilson, Henry Bowers, Lawrence Oates and Edgar Evans – were forced to carry forward on foot, hauling their equipment. In spite of these challenges, the diminished team finally reached the Pole on the 17th of January 1912 to find that they had been beaten in the race by the Norwegian team led by Roald Amundsen. Overcome with a sense of personal failure, Scott painfully notes in his diary entry, ‘The worst has happened…all the day dreams must go’ and ‘Great God! This is an awful place’. 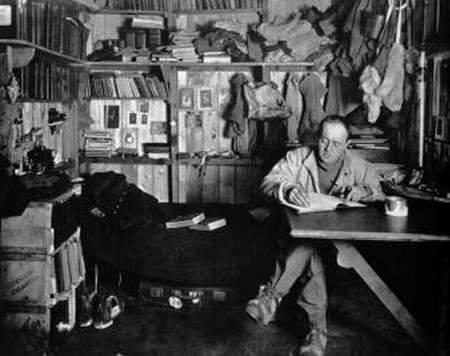 Defeated, the team started the 1,500 journey back from the Pole on the 19th of January, but were beset by further complications including exhaustion, crippling weather conditions and rapidly diminishing food supplies. Faced with his own mortality, the last entry in Scott’s diary on the 29th March reads, ‘These rough notes and our dead bodies must tell the tale’. Tragically, the bodies of the men were found eight months later, having perished from starvation and severe frost bite. The group were only 11 miles away from the safety of a designated supply depot.

Coinciding with the centenary of the ill-fated Terra Nova expedition of 1910 – 1913, the Natural History Museum’s held a groundbreaking exhibition in 2012 which featured over 200 rare artefacts, personal belongings and scientific specimens. The exhibition was inspired by a renewed interest by historians in rehabilitating and salvaging Scott’s controversial reputation as an explorer, which has been dominated by the failure of the Terra Nova voyage. The aim of Scott’s Last Expedition was to illuminate the untold human tragedy, and shed a fascinating new light on a story of endurance, thwarted ambition, and the limitations of man in the quest for scientific discovery. 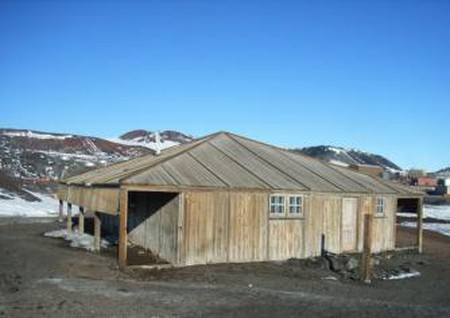 The highlight of the exhibition was a life size replica of Scott’s hut which was used as the base for operations, and featured actual items from the expedition, including pots, eating utensils, dog collars, ski poles and most poignantly a picture of Scott’s wife, as well as an assortment of letters to mothers, sisters and wives. The real hut, which was shared by a total of 25 men between 1911 and 1913, still survives in Antarctica, and has miraculously been preserved by the sub-polar weather conditions with many of its contents still inside.
By Erdinch Yigitce