The Top 10 Artists In Zimbabwe 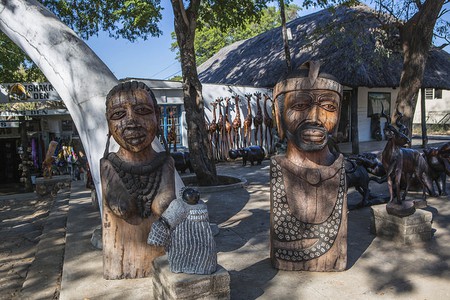 Zimbabwe is a country abounding with different types of artistic expression. It is home to “sungura” music, popularized by late legends Leonard Dembo and Simon Chimbetu, as well as a plethora of unique sculptures, paintings, and poetry. The variety of different art found within Zimbabwe‘s borders is quite astounding, and forms a colorful, enthralling representation of the African heritage and rich histories. Here are 10 of the very best artists in the country.

The Chimurenga Inventor and Legend

An iconic musician of Zimbabwe, Mr. Mapfumo single-handedly pioneered one of the most famous music genres of the country, chimurenga. Translating to “struggle” in English, and it is a type of music which aims to bridge the gap between Zimbabwe’s ancient past and its turbulent modern culture and concerns. Musically, the genre hearkens to the past by utilizing traditional instruments like the mbira, African drums, and African shakers, as well as vocals reminiscent of ancient cultural feasts or biras. Mapfumo has been on the Zimbabwean music scene even before the country gained independence in 1980, and he is still going strong today. Nowadays, his music speaks about modern issues, and calls for a fight for liberty, an end to oppression, respect for the elderly, and cultural unity. 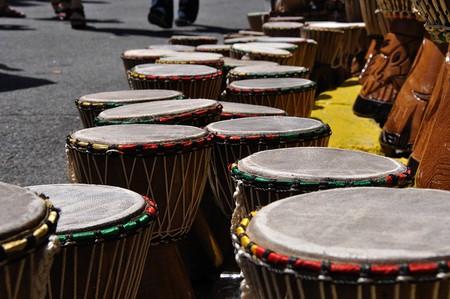 A writer who stood out amongst his peers, Chenjerai Hove penned such famous works as Bones and Up In Arms. Hove wrote for the masses, and explored such profound themes as the self-determination of Africans in Zimbabwe, the limits of good intentions, and the lack of a secure future for many around the country. Hove was forced into exile in 2001 and was given no choice but to leave the country he wrote so dearly about, traveling first to France before settling in Norway where he stayed and worked for the rest of his life. Many literary scholars and worldwide Hove fans alike were shocked and saddened to hear of his passing in 2015. 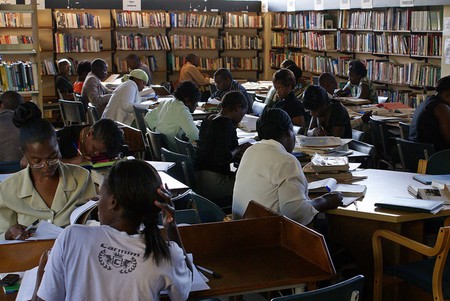 Dominic Benhura has contributed massively to Zimbabwean art becoming recognized on the world’s stage; since his debut in Zimbabwean sculpture three decades ago, his work has reached as far as Singapore and the USA, not to mention a host of European and African nations. Orphaned early in life, Dominic had little formal schooling and went into sculpting at the age of 10, inspired by his family, particularly his cousin, the expert sculptor Tapfuma Gutsa. Through his sculptures Benhura showcases African history, and he is renowned for combining stone with other contrasting textures, such as wood and steel, to create beautiful and unique mediums for his messages. His most famous works include Leap Frog and Swing Me Mama. 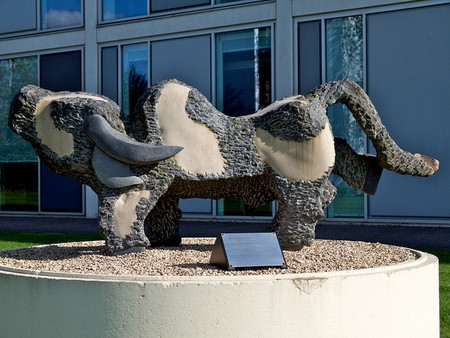 Mechanic Manyeruke and his Puritans

Though gospel music did take time to catch on and become a notable genre on the Zimbabwean musical landscape, pioneers like Mechanic Manyeruke did much to increase its popularity throughout the country. “Baba” Manyeruke was born in 1942, making him even older than Thomas Mapfumo and certainly no less respected for his musical contributions. Starting in 1973, Manyeruke went on to release more than 20 albums throughout the ’80s, ’90s, and early 2000s, marking a truly outstanding career in gospel music. With his “Puritans” band, Manyeruke spawned such hits as “Ari Mandiri Jesu” and “Tsitsi DzaMwari,” two songs which have become musical staples in the Christian parishes of Zimbabwe. 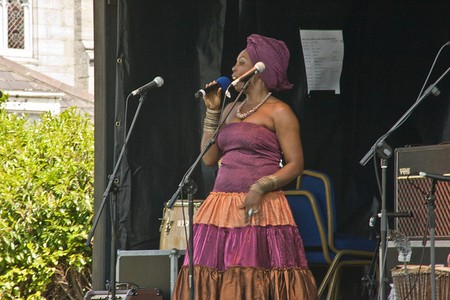 The King of Zimbabwean Literature

A reputed genius and imposing intellectual, Dambudzo Marechera was an outstanding and internationally revered writer. Educated at Oxford University in England, his work drew inspiration from literary greats such as Oscar Wilde and Leo Tolstoy, and raised the standard of African writing to new, unparalleled heights. His writing explored the experience of the African in the 20th century and mused on what also lay ahead. His work, despite focussing on African issues, has an undisputed universal appeal thanks to his wit and talent with the English language.

The Maestro of Zimbabwean Music

Famous throughout African cities, Latin America, the Caribbean, and Europe, Mtukudzi has a worldwide following, and with good reason. His guitar work over the years has earned him a place with the greatest cultural guitarists of all time, musicians like Ali Farka Toure, Faraz Anwar and Diblo Dibala. With a baritone voice that hits low notes and chanted choruses, Mtukudzi has a knack for turning the everyday life into a melodic cultural reflection with his music. His songs communicate how a man can simultaneously feel the afflictions and joys of the society around him. 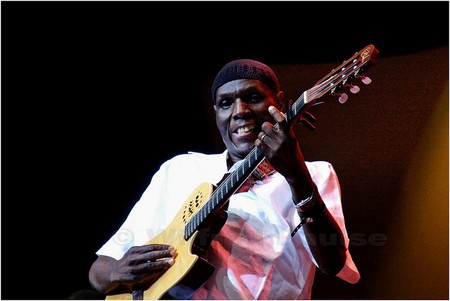 Painter and Sculptor of the Second Generation

One of the foremost artists of the Second Generation of Zimbabwean Art, Joseph Muzondo is a man with a checkered history which shapes his work. He fought in Zimbabwe’s liberation struggle in the 1970s, an experience which still influences his art today. His paintings are of an ephemeral, brooding quality, reflecting the struggles which have colored the African experience in the late 20th century, and indeed, persist today. Sculptures like Desperate Mother and Nuclear Catastrophe exhibit a hostile depiction of the African terrain. Grief and despair emanate from his work, but simultaneously other pieces of his evoke the comfort and tranquility of a world at rest, signalling his desire for a world removed from the pain of the present day. 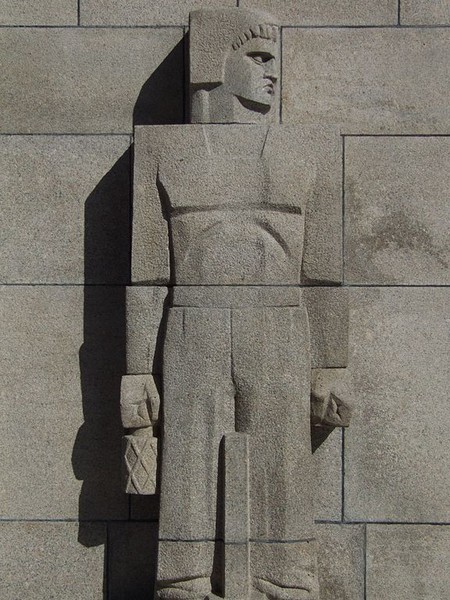 Sungura is the most popular music genre in Zimbabwe, and was popularized by Simon Chimbetu, a guitarist, vocalist, and composer who brought it to townships in Zimbabwe over 30 years ago. During his performances, Chimbetu would make use of props and comic gestures, and soon found fame and widespread popularity throughout the country. He used many of his songs as a springboard for his political rhetoric, a feature which drew widespread support from the masses.

A veritable master of the Sungura genre of music, Leonard Dembo shines as perhaps the greatest Zimbabwe guitarist. His exceptional songwriting skills, melodic vocals, and evocative lyrics combine to create hit after hit, with his song “Chitekete” being named Zimbabwe’s bestselling song of all time. Dembo has inspired many of the current generation of guitarists in the country, and many of his musical successors use his inspiration to continue exploring the cultural roots of Zimbabwe through song. 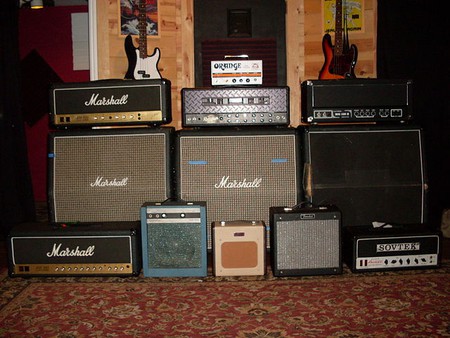 A Virtuoso of Zimbabwe’s Mbira Music

The “Mbira” is an iconic instrument, originating in ancient Zimbabwean culture and musical tradition. It was used to make ritual music for communicating with the ancient ancestors, to celebrate festivals, and to while away the time in villages. Beginning in 1966, Stella Chiweshe learned the Mbira and went on to become a pioneer of the genre on the international stage. With a deep, emotive voice, Stella wowed audiences in Mozambique, Luxembourg, Paris, and many of the major cultural capitals of the world. Her songs have influenced younger generations of musicians and Mbira players, the likes of Andy Brown and Chiwoniso Maraire. 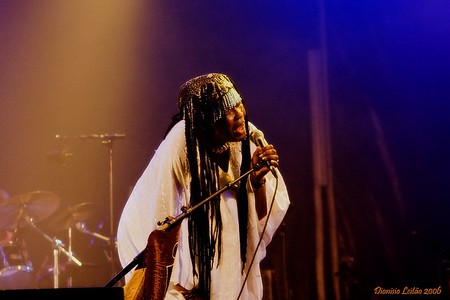 Stella Chiweshe I | © Dionisio Leitao/Flickr
Give us feedback