An Introduction to The Gambia’s Mandinka People 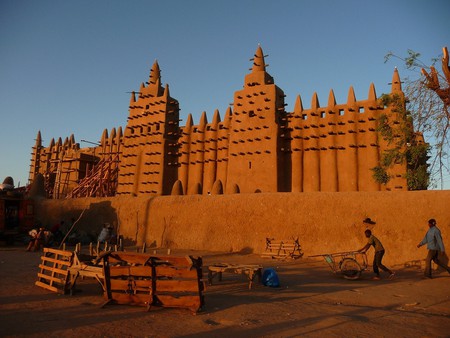 The Great Mosque of Djenne, on the site of the original mosque build during the Mali Empire | © Kibi86 / Pixabay

The Mandinka or Mandingo, make up the largest ethnic group in The Gambia. They are a West African ethnic group descended from the Mali Empire. Read on to learn more about their origins.

The generic name of this linguistic group varies from region to region depending on the dialect of the people, but the widely accepted generic name is Mandé. The origins of the Mandinka ethnicity in The Gambia can be traced back to Manding (Kangaba), which was one of the kingdoms of the ancient Mali Empire. The group is believed to be one of West Africa’s largest ethno-linguistic groups, with an estimated global population of 11 million. 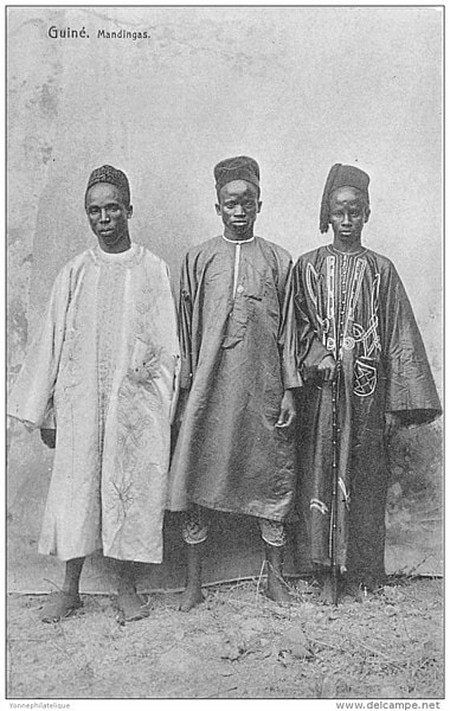 According to oral historians, there are four variations of the Mandinka group (as they are referred to in Senegambia, Guinea Bissau, Senegal and Mali). These include Mandinga, Mandinka, Mandingo and Mandinko as they are widely referred to in areas close to the Guinea Conakry and Guinea Bissau borders, all the way to Saloum and throughout the whole of present-day The Gambia. However, the group gained their independence from previous empires in the 13th century and founded their own kingdom, which stretched across West Africa. It was in the second half of the 19th century that this linguistic group converted to Islam, and today 99 per cent still practice the faith.

The Great Mosque of Djenne, on the site of the original mosque build during the Mali Empire | © Kibi86 / Pixabay

The Mandinka arrived in The Gambia during the 14th century, at a time when the Mali Empire was at its height. The Mali Empire having been founded by Sundiata Keita. Historians argue over this, but many believe that the reasons for emigrating to the west include the need to find a favourable climate for agriculture in the Senegambia region in order to boost crop production. Another reason given is that many Mandinka merchants wanted to move to areas where there was less competition in trade. The areas west of the Mali empire did not take part in the trans-Sahara trade, and so these Mandinka traders believed they would have a better chance to grow rich. A general named Tiramang Taraore led the expansion westwards, accompanied by thousands of settlers. As a result, they conquered and settled in large parts the Cassamance region in Senegambia and Guinea Bissau. 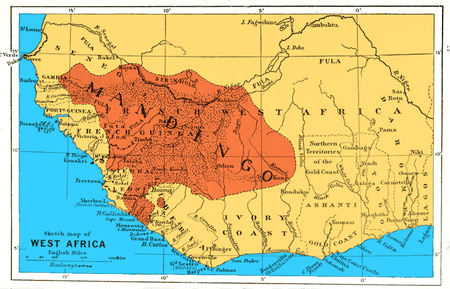 A map of the Mandingo homeland | © Sir Harry Johnston / WikiCommons

Each settlement was ruled by one of Taraore’s sons or generals. Taraore never returned to Mali and later died in Basse, a major town in present-day Gambia. But what is clear is that when the great Mali Empire broke up, smaller Mandinka kingdoms remained all over the region, where the Empire had been. The Mandinka kingdom in The Gambia was the Kaabu kingdom, with its capital in Kansala in Guinea Bissau. Later on, the Kaabu kingdom became an empire with 14 smaller kingdoms within it. The Kaabu empire lasted until 1860s when it was destroyed by a large Fula army.

Most Mandinka live in family compounds in traditional rural villages and are fairly autonomous. They are led by a chief and group of elders. The linguistic culture is rich in tradition, music, and spiritual ritual. In many traditional societies in The Gambia, there was a social hierarchy as well as a political one. In a social hierarchy, the top level, or upper class, is thought of as the most important, while the lowest level of society is not highly regarded. Traditionally, Mandinka society was divided into four main groups, namely nobles, commoners, caste group and slaves. 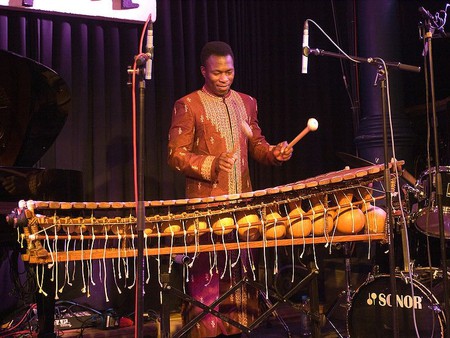 The Mandinka use an array of unique musical instruments, including the kora (a 21-string lute-bridge-harp) and the balafon (a kind of wooden xylophone or percussion idiophone which plays melodic tunes and usually has between 16 to 27 keys), which griots use to narrate the great Mandinka history.