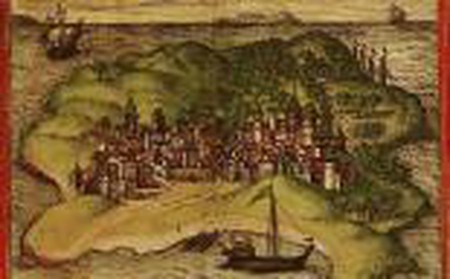 Once a burgeoning empire, the biggest and most powerful on the East African Coast, the Tanzanian Kilwa Kisiwani (isle of the fish) now stands in ruins; its labyrinthine pathways, grand palaces and majestic mosques completely abandoned, stripped of their former beauty. Take a walk through Kilwa’s amazing history and discover the incredible wealth that once inhabited its walls. 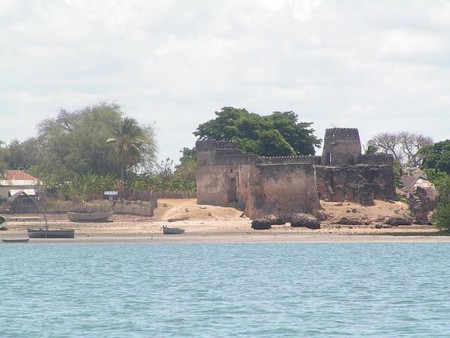 ‘The city comes down to the shore, and is entirely surrounded by a wall and towers, within which there are maybe 12,000 inhabitants. The county all round is very luxurious with many trees and gardens of all sorts of vegetables, citrons, lemons, the best sweet oranges that were ever seen…’

So wrote Gaspar Correia, 16th century Portuguese soldier and historian, about the island of Kilwa. Only a few years before, circa 1502, his countryman Vasco de Gama – the first European to reach India by sea – had forced Kilwa’s Sultan to pay tribute in gold. So much gold, in fact, that some of it can still be seen in Lisbon where it was forged into an ornate pyx for the Jéronimos Monastery. In 1505, a Portuguese force led by Francisco de Almeida built a fortress on the isle, and its prosperous city began a protracted decline. Although recaptured by an Arab prince in 1512, growing Western dominance of the trade routes ignited the island’s wealth, while successive conquests by Omani, French and German forces clipped its power.

By the dawn of the 20th century, Kilwa was virtually uninhabited and almost completely forgotten. Locals and foreigners alike had little interest in the haunted ruins off the Tanzanian coast. Then, in the 1950s, two 16th century chronicles, Arabic and Portuguese, were consulted. Both outlined a dynasty of sultans and British archaeologists excavated the site to find objects that could prove their authenticity. They succeeded, bringing back coins stamped with sultans and dates that matched those found in the manuscripts. Kilwa, now with a verified history unique in East Africa, became a subject of scholarship recognized as the greatest treasure of Swahili maritime history. In 1981, Kilwa Kisiwani – ‘isle of the fish’ – was declared a World Heritage Site.

The Beginnings of an Empire

The Kilwa Sultanate began in the 10th century. Ali ibn al-Hassan was the son of Emir of Shiraz and an Abyssinian slave. Caught in an inheritance battle with his six brothers, Ali fled his homeland with his Persian entourage. He settled on the island, then inhabited by indigenous Bantu people, and began constructing his own city. Legend claims that he bought Kilwa from a local king who exchanged it for enough cloth to encircle the island. The king quickly changed his mind, but Ali had already destroyed the narrow land bridge that connected Kilwa to the mainland, securing it for himself. 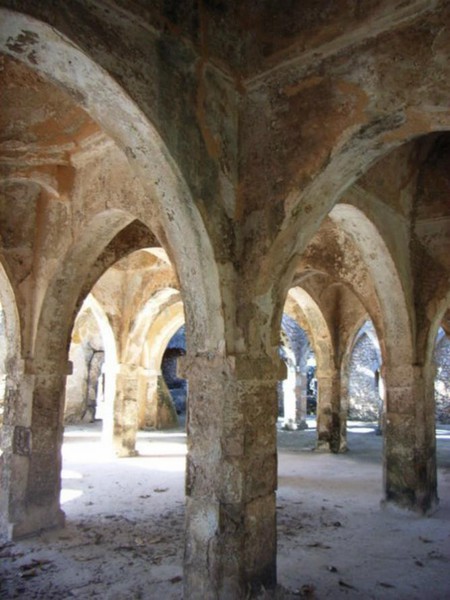 Ali’s Shirazi dynasty ruled until the 1277 succession crisis, after which the related Mahdali sultans took over. During these first three centuries several of the buildings (whose ruins survive) were built. The Great Mosque, the oldest extant in the region, was begun in the 1100s and expanded repeatedly afterwards. It has an ornate roof with 16 domes, supported by an astonishingly complex system of arches and pillars. The central dome, now lost, was the largest in East Africa until the 19th century. When the great Moroccan traveler Ibn Battuta visited in 1331, he was struck by the mosque’s splendor and described the city as ‘fine and substantially built.’ Smaller mosques are scattered across Kilwa, each with their own distinct features. The Jangwani Mosque has distinctive water-holders set into its walls to allow worshipers to purify themselves for prayer, while a nameless small mosque – perhaps the city’s most pristine surviving structure – is attached to what is believed to be a madrasa.

The majority of the isle’s ruins date from the 14th and early 15th centuries, when the sultanate was at the zenith of its power. Kilwa had become one of the Indian Ocean’s mercantile capitals and its wealthy residents built grandiose coral dwellings. The Great House is said to have been owned by a sultan, who is alleged to be buried in one of the four tombs. The Makutini Palace, likely the most imposing on the island, is a robust triangular structure, built in the 15th century as the sultan’s stronghold. Pass through its starkly grand towers and you’ll find another sultan’s grave. The Gereza, a fortress on the island’s tip, has elegant crenellation and a vast wooden portal. Most striking of all, however, is the Husuni Kubwa or ‘Queen’s House’. Perched atop a cliff, about a mile from the main cluster of ruins, it is reckoned to be the largest pre-colonial building in sub-Saharan Africa. Within, you’ll find the remains of an 18-domed mosque, an octagonal swimming pool, a vast tiered hall and an array of courtyards. All in all, the complex houses over 100 rooms.

When the conquistadors arrived in 1502, the city was the most powerful on the East African coast — with an empire stretching north to south from Malindi in present-day Kenya to Cape Correntes in Mozambique. Its sultans even controlled outposts on Madagascar. Commerce made it mighty; ships brought in porcelain from China, quartz from Arabia and carnalians from India. Gold and ivory came from Great Zimbabwe in the interior. Spices and perfume were in the air, and pearls, pottery and tortoise shell in the market. Kilwa was the principal gateway between Africa and Asia, the Western end of the Indian Ocean trading routes. 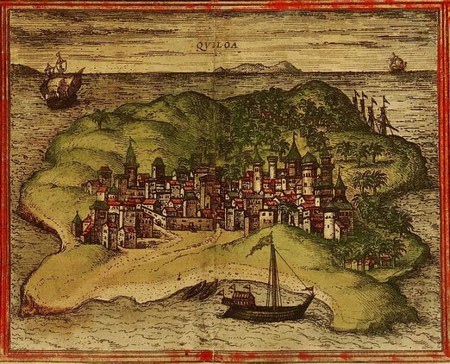 Standing on Kilwa Kisiwana, surrounded by the craggy grey remnants of a once-magnificent court, it’s difficult not to be overwhelmed by a sense of great loss; of the ultimate transience of human achievement. But there is equally something ebullient about the island’s prodigal variety of ruins; the majesty of their architecture and the sensation they impart of a cohesive living community. For a potent dose of this latter feeling head to nearby Songo Mnara, also part of the UNESCO site. Here you’ll find the almost complete remains of a walled town. Maneuver the settlement’s labyrinthine passages, passing through domestic dwelling and public squares. Compared to Kilwa’s romantic, timeworn desolation, Songo Mnara feels like it could have been abandoned yesterday.

For both architectural and historical significance, Kilwa Kisiwani is truly one of the world’s most captivating ensembles of ruins. In June this year, thanks to the work of local and international conservation organizations, the site was deemed sufficiently secure to be removed from UNESCO’s list of endangered heritage sites. To visit Kilwa Kisiwani, travelers should base themselves in Kilwa Masoko, about 300 kilometers south of Dar es Salaam. Here, one must purchase a government permit from the Cultural Center, which allows access to the protected area. It’s also worth hiring a guide to lead you through the island’s knotty pathways and share the history of the individual structures. Then head to the beach and choose a traditional dhow for the one-mile voyage to the island. There can be few arrivals more enchanting than entering the island in the same sort of vessel as the Persians who transformed Kilwa into a gem.