11 Travel Photographers Who Capture the Serenity of Tanzania 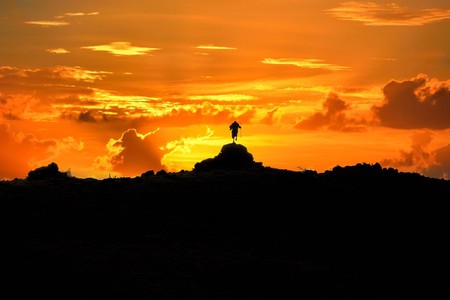 The living landscape of Tanzania holds some fabulous photographic opportunities, ranging from wildlife and ancient architecture to sailing boats on blue seas. Here are some travel photographers from around the world who have captured the magic of this beautiful country.

Award-winning wildlife photographer Theodore Mattas hails from Greece but focuses his camera lens firmly on Africa, where he runs wildlife photography workshops for both novice and experienced photographers. His stunning images have been published in major international nature magazines, books, and calendars, and used in schools and universities throughout the world. The image below was captured in Ndutu, in the scenic and game rich Ngorongoro Conservation Area of Tanzania, where some of the highest densities of wildlife in the world can be found. 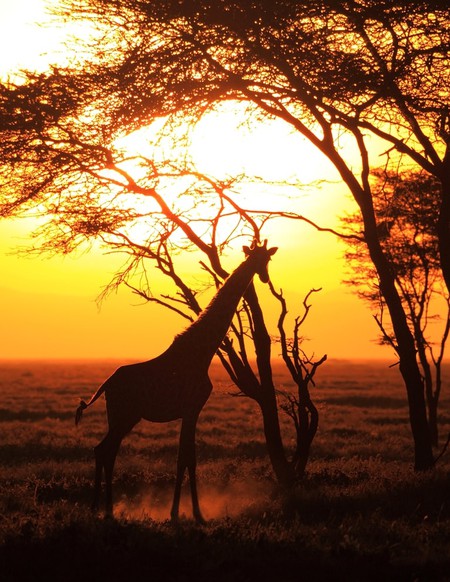 Based in Los Angeles, Tanveer Badel is a commercial travel and lifestyle photographer who has taken his camera lens to over 50 countries across the world and had his work featured in major publications such as Condé Nast Traveler, Afar Magazine, Travel & Leisure, and BBC Travel. Among his favourite travel destinations are Madagascar, India, and Tanzania, and his wanderings across the globe can be followed on Instagram.

The image below is of guide Raymond from Amani Afrika watching the sunrise on day six of trekking up Mount Kilimanjaro. Badal says, “We began our summit ascent at midnight in hopes of getting to the top in time for sunrise, but it didn’t happen. The altitude was too large of a factor and our pace had gotten excruciatingly slow. We would eventually get to the top a few hours late, but we still wanted to pause and take note of the beauty of our surroundings.” 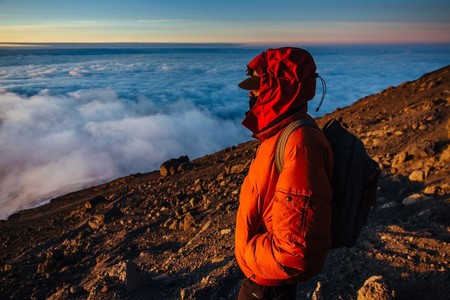 Taher Nassrulla grew up playing in the dirt roads of Kenya before carrying out his schooling in England. Although self-taught, he also spent two years in Germany brushing up on his photographic skills, but returns to the savannahs of Tanzania to find his photographic inspiration. He says that there is nowhere else on earth he feels more alive than in Tanzania, where the open plains and wilderness allow him to fully express his artistic side.

Travel enthusiast Jost Jelovcan recommends a Tanzanian safari adventure to anyone who loves animals, and says that seeing wildlife close up rates as one of his most memorable experiences. He uses his camera not only to catch beautiful images, but also as a collection of memories, giving others the opportunity to look at the world through his eyes. When his camera isn’t handy, his iPhone does the job.

Jost says that Arusha was one of his favourite locations in Tanzania, where he walked with zebras and took time to admire the Milky Way on clear starry nights. He adds that while on safari, he was particularly impressed with the power and strength of lions, so much so that he is in the process of developing a new brand with a lion’s head as the logo. 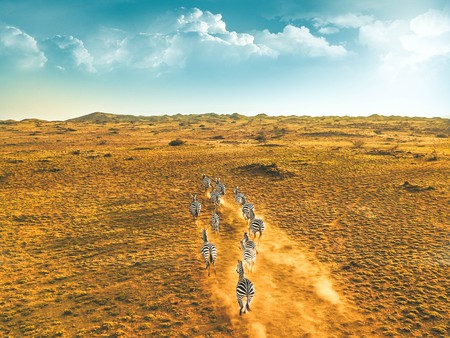 Drone shot of zebras on the run | © Jost Jelovcan

A farm girl at heart, Jamie Valenta is a travel, wedding, and portrait photographer who finds inspiration in nature and culture. She describes Africa as a stunningly beautiful and complex place and says that her time in Tanzania was nothing short of amazing. As reflected in many of her photographs, Jamie was drawn to the people of Tanzania, calling them some of the friendliest she had ever met, with an appealing abundance of love for their family and neighbours.

She has a particular fondness for Stone Town, referring to it as a photographer’s dream and the soul of Zanzibar. The image below was captured in Zanzibar while local children played with a boat they had made out of plastic. 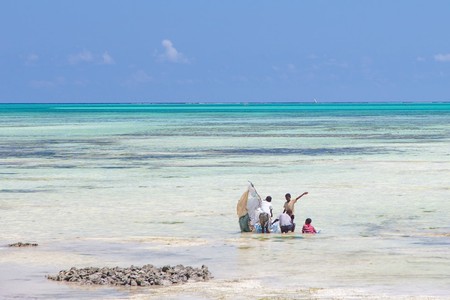 Gaston Maqueda is a self-taught photographer hailing from Buenos Aires and now based in the Canadian Rockies. His love affair with nature and all things wild began in childhood, when he would spend hours poring over wildlife books and encylopedias and watching TV documentaries. Years later, his photographic career began, first with a manual camera on loan from his father, before he dived into the world of digital images and honed his skills.

Today he has travelled to over 50 national parks around the globe, including in Tanzania, capturing amazing images of wildlife along the way, and is a multiple photographic award winner. 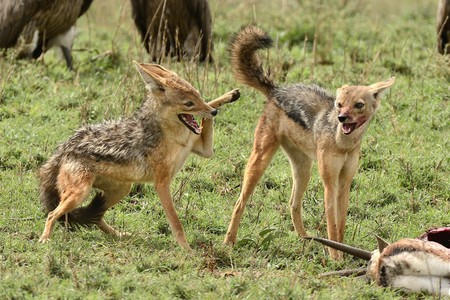 Hyenas and their kill | © Gaston Maqueda

Award-winning photographer Gudkov Andrey has had his lens focused firmly on wildlife for the past three years. Tanzania is just one of many countries that he has visited over the past 10 years as he travels between Kenya and Botswana, the Middle East, and his home town in Russia. He is also the founder and curator of Wildanimalssafari.com, a special project for wildlife photographers and videographers that organizes wildlife shoots around the world.

Andrey’s photography has been featured in a multitude of publications around the world, such as National Geographic Russia, Wildlife Magazine, and The Daily Telegraph to name but a few, and he also works with leading European photo galleries and agencies.

IT student and web developer Mathias Möller is a frequent visitor to Tanzania, having first fallen in love with its culture, people, and incredible landscapes in 2011. Since then, he has spent over seven months in the country and traveled by every means possible in order to capture a unique and authentic experience of Tanzanian life. From local buses to private jeeps, and from taking luxury safaris to working as a dive guide, Mathias has traversed the country from end to end.

He recalls his fondest memory of Tanzania as a visit to a small, remote village at the foothills of Mount Meru, where giraffe roamed freely and wild buffalo grazed the nearby fields. Mathias describes Lake Natron and its surrounding landscape as one of the most outstanding in Tanzania and a truly special experience.

Lake Natron and its famous flamingos at sunset | © Mathias Möller

Insatiable creator and lover of nature, Eric Isselée is not just a photographer, but also a sculptor and a lighting and furniture designer. His collection of wildlife images entitled Mvua (meaning “rain” in Swahili) takes his knowledge of lighting to a different level as he uses black and white imagery that captures the wild animals of the Serengeti in the rain. Eric waits for the rain to approach, as the birds stop singing and insects cease to chirp, while the sky darkens and the horizon disappears. As the rain begins to fall, his work begins, taking advantage of the deepening colour of the wet landscape and dustless air. An intimate and authentic moment is then captured forever, allowing the viewer a unique look at wildlife in its natural surrounds. 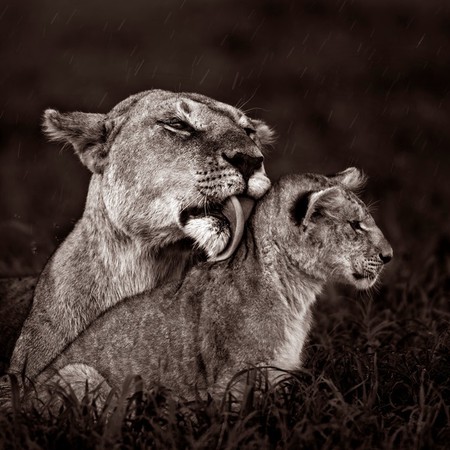 Sony ambassador Eric Lafforgue spends most of his life traveling the globe, sharing his encounters through his art. He is passionate about people and particularly interested in ethnicities around the world, with much of his work reflecting his perceptions as an ethnologist. He uses his photography to expose less-travelled regions of the world to a larger audience, and his captivating and thought-provoking work has been featured in publications such as National Geographic and Lonely Planet Magazine. His photographs of Tanzanian people capture the soul of a culture as he tackles touchy societal issues such as albinism in the country and how people can be targeted by witch doctors.

South African-born Andrew Morgan has lived in Tanzania for eight years, and while initially concentrating mostly on wildlife, has since branched out into sports, lodge, and wedding photography. He describes Tanzania as a breathtakingly beautiful location where he can take the opportunity to embrace all forms of photography.