11 Artists to Know From Tanzania 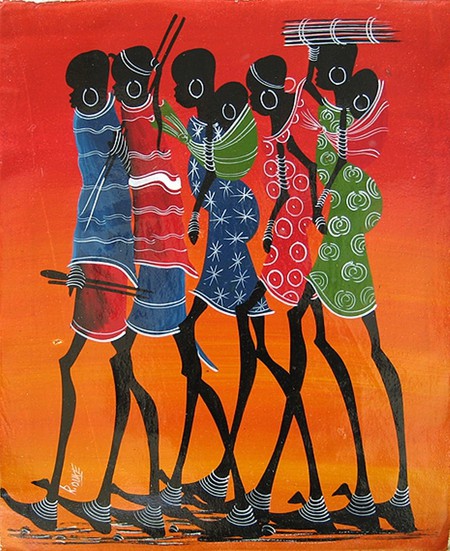 Tanzanian art is alive with colour and vibrancy, putting on canvas the spirit and culture of a nation. From simple to abstract, and from self-taught artists to trained professionals, the artwork produced by Tanzanian locals covers a bit of everything. Well loved in their own country, and in many cases also abroad, here are some of the most talented and unique artists to have emerged from Tanzania.

George Lilanga was born in southern Tanzania in around 1934 into the Makonde tribe, a indigenous group renowned for their rich sculptural traditions and ritual dances. He began his career as a carver and sculptor, and hosted his first international exhibition in 1978 to much critical acclaim. His paintings draw on his Makonde heritage, showcasing the culture and mythology of his tribe, and also serve as a social critique on contemporary African culture. All his works are whimsical and underscored with a sense of humour, and include vibrant colours and mythical figures. Lilanga’s art has found its way into private collections and exhibitions all around the world. 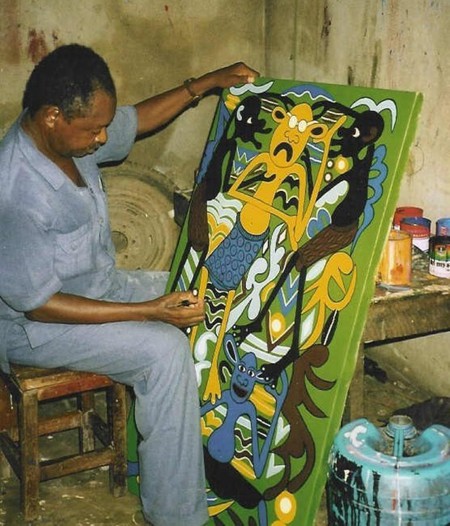 Well respected for the variety of his works, Haji Chilonga was born in 1969 in Mtwara, Tanzania, into a family of blacksmiths and potters. He began his career as a commercial signage and portrait painter, but has since moved on to still life and abstract compositions. He is a collaborative artist who has participated in many international workshops and has over 10 solo exhibitions under his belt. Chilonga’s work is much admired, both in East Africa and all around the world.

Although he had no formal training, Edward Tingatinga inspired the establishment of the Tingatinga School of Painters that still operates as a thriving concern today. His distinctive painting style was a result of his desire to express himself through the media of hardboard, paint and brush and his simple works are straightforward yet meaningful. Tingatinga passed away a number of years ago, yet his painting style and his subjects of animals, birds and people continue to be emulated by his students. Today, this is one of the most recognisable artistic styles to emanate from Tanzania. 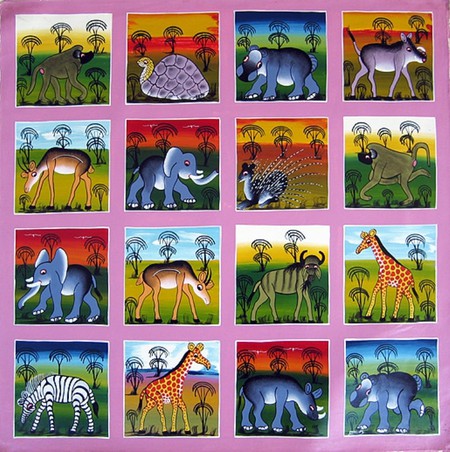 Born in 1975, this multi-talented artist, painter, illustrator and sculptor was a founder member of the Tanzanian Artists’ Trust and has exhibited his works in Tanzania, Sweden and the United States. Semwaiko wears many expressive hats, but is popularly known as the man who tells stories through art illustrations and figurative sketching. He is a visual artist who continues to learn and experiment with various forms of art media and uses peace, love and light as his main subject matters.

Thobias Minzi was born in northern Tanzania and later relocated to Dar es Salaam to become a self-taught abstract realist painter. Although he has yet to exhibit abroad, his works have found popularity in Europe as well as in Tanzania, and he describes art as part of his daily life. His fascination and talent with colour have seen him participate in numerous exhibitions and workshops, sponsored by various art stakeholders. 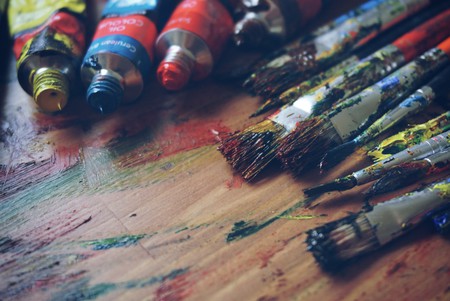 Mwandale Mwanyekwa is one of the few female Tanzanian artists in a mostly male-dominated sector, and has been expressing her artistic talents through sculptures for many years. She is formally trained and has been invited to showcase her works in Sweden, Toledo, Ohio and South Africa, to name but a few. She takes her inspiration from her personal beliefs and her works are mostly self-portraits in wood.

Sam Ntiro is one of Tanzania’s most famous artists and was born near Mount Kilimanjaro. He studied at Makerere University College School of Fine Art in Kampala before attending the Slade School of Fine Art in London. In 1960 he was awarded a Carnegie Scholarship to the United States and was considered at the time to be East Africa’s best-known painter. He is thought to be the first East African to show in New York and one of his pieces is on permanent display at the Museum of Modern Art. He also served as Tanzania’s High Commissioner in London for four years. 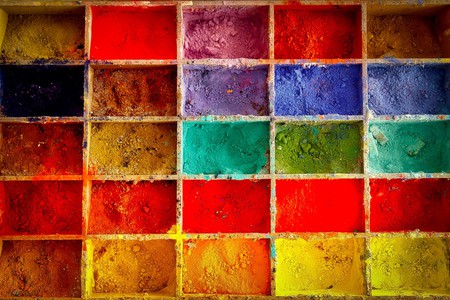 Mzuguno began his career as a mining prospector, but soon changed lanes and began to concentrate on his passion in life, painting. His early works reflect a realist approach, but did not garner much public attention. Mzuguno then joined the Tingatinga Partnership, opting to paint in the tingatinga style that was much more successful at the time. His works proved to be highly popular and depict scenes of rural life with great attention to detail. 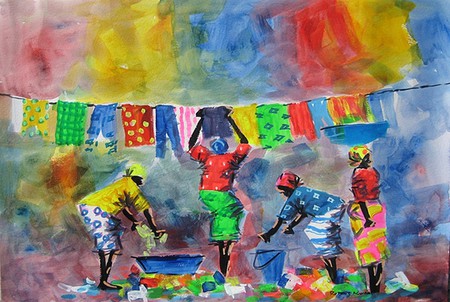 This Tanzanian artist was born into art, coming from a community in Tanzania that has produced many talented artists. His style is distinct and makes use of symmetrical circles that blend to form the illusion of different shapes. His artwork is admired by many who have replicated his style and his colourful, abstract pieces are well received the world over.

This artist’s paintings have been described as breathtaking works that burn with a bold yet accessible colour intensity. He has no formal art training, and yet Kambi was the first Tanzanian artist to be selected for the Africa Festival in Rome, Italy, and one of his paintings graces the walls of the reception building of the State House in Dar es Salaam. His works have been exhibited in Sweden, Italy, Germany, Finland and the Netherlands. 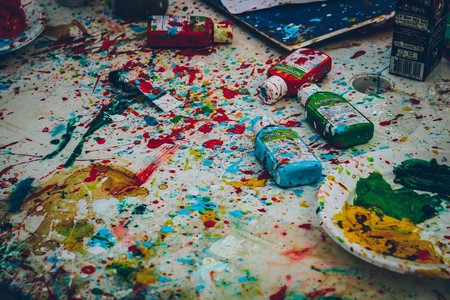 Ntila’s specialised etching techniques illustrate traditional and contemporary life in Africa, and his artwork has travelled to various destintions in the world, including Switzerland, Finland, Kenya and Zimbabwe. He uses subtle techniques for his works, which range from realist to abstract and beautifully combine cubism with aspects of African silhouettes.