10 Reasons Why Everyone Should Visit Arusha 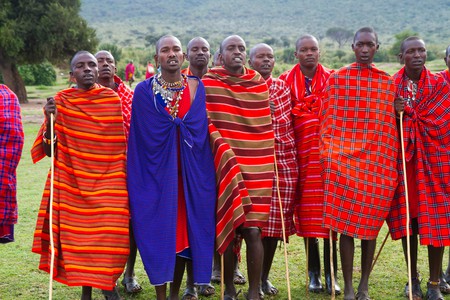 Most people see Arusha as nothing more than Tanzania’s safari capital or a stopover for hiking the snow-capped Mt Kilimanjaro. However, this East African city shouldn’t be side-stepped. Located exactly halfway between Cairo and Cape Town, Arusha represents the middle of the Old British Empire marked by a monumental clock tower. Dig beneath its chaotic, dusty exterior and you’ll find there are plenty of reasons to explore this city. Here are the top 10.

It boasts a breathtaking mountain backdrop

Mount Meru is Tanzania’s second highest peak and many travellers use it as a warm-up for scaling the mighty Kilimanjaro. Others, however, are happy to admire it from afar. If you fall into the latter category, you’ll be pleased to hear this dormant volcano provides a spectacular backdrop to Arusha. Anyone who’s averse to exercise can also take a trip to its lower slopes and enjoy a far less strenuous camel safari or bathe beneath the waterfalls of Arusha National Park. 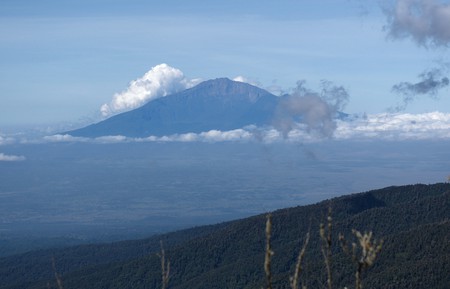 It has an intriguing culture

Arusha’s population comprises more than 100 nationalities. It’s also a melting pot of Iraqw, Hadzabe, Maasai, Swahili and dozens of other indigenous and ethnic cultures. Muslim and Christian communities live peacefully side by side, and locals will greet you warmly with the Swahili saying karibu, meaning ‘welcome’. Many cultural tourism programmes organise excursions to nearby villages to meet indigenous Wa-arusha and Maasai tribes. 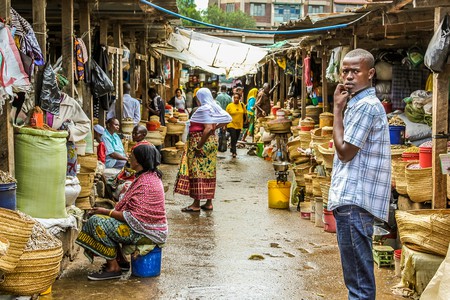 It’s the heart of the Tanzanite gemstone

Tanzanite, the birthstone for December, is one of Tanzania’s proudest exports, and The Tanzanite Experience – the world’s only museum dedicated to this gemstone – can be found in the heart of Arusha. Head to the Blue Plaza on India Street and take the elevator up to the third floor. Free guided tours take you into a makeshift mine and explain the history of this vibrant blue gem mined in the foothills of Mt Kilimanjaro. Browse the dazzling tanzanite jewellery on display – and make a purchase if you’re feeling flush. 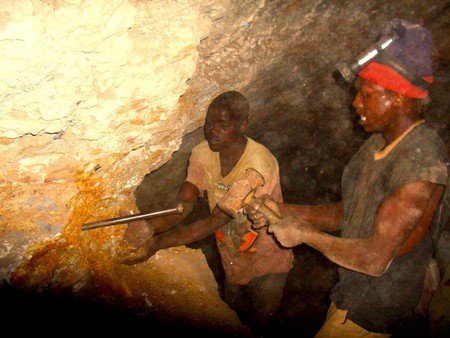 It has a vibrant food market

Arusha’s Central Market is one of the best places to get a glimpse of Tanzanian life, and offers a total assault on the senses. Locals will try everything to be your tour guide (for a fee) and traders are intent on making a sale, so have your wits about you and prepare to barter. There’s a lively atmosphere and various stalls of exotic fruit, coffee, nuts and spices. 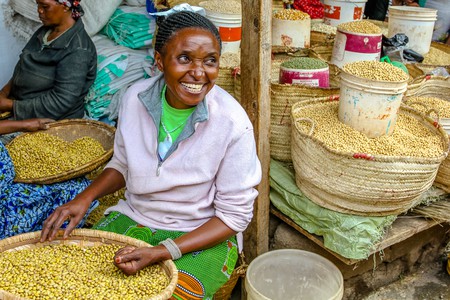 It has a surprisingly good café culture

You may not expect it from this archetypal African city, but Arusha has a pretty good selection of coffee shops serving up flat whites, iced lattes and other European style cups of Joe. Check out Africafe and Jambo Coffee House on Boma Road, Café Barrista on Sokoine Road or Fifi’s on Themi Road. If you’re a serious coffee enthusiast, there are some luxurious coffee lodges on the outskirts of the city where you can take ‘Bean to Cup’ plantation tours. 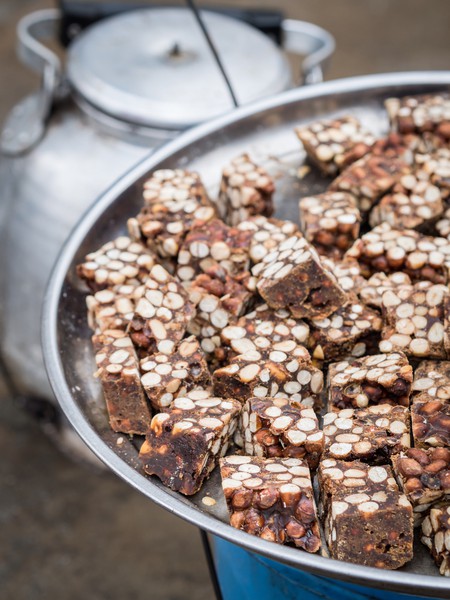 It has some interesting museums

Arusha’s museums are a great place to start if you’re looking to find out more about Tanzania’s political, cultural and social history. The Arusha Declaration Museum by the Uhuru roundabout offers a look at the country’s fight for independence and illustrates the country’s colonial past. The National History Museum housed in a German fort off Boma Road takes visitors on a journey through human evolution. For a wide selection of African art, sculptures and artefacts, head to The Cultural Heritage craft mall. 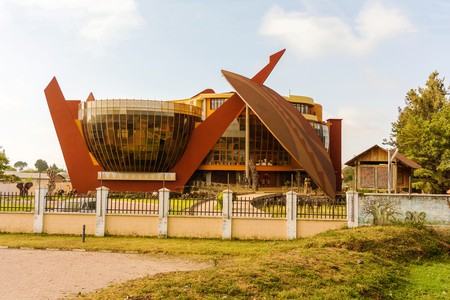 Arusha Central Market offers many shops selling Maasai fabrics and hand-woven baskets. However, for the best in African souvenirs and curios, it’s worth heading to the Mt Meru Curios & Crafts Market (often referred to as the Maasai Market) on Fire Road. It will take some confident bartering and a keen eye to pick out the best items, but it has the widest selection of goods in the city. For shopping with a conscience, visit the Maasai Women Fair Trade Center on Simeon Road. The Cultural Heritage craft mall also offers a relaxed shopping experience. 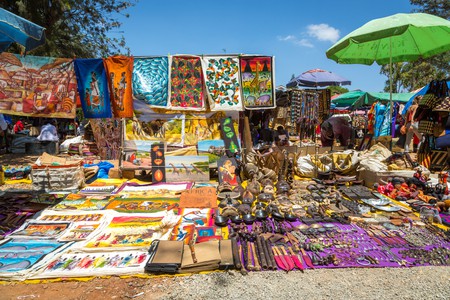 It has an exciting food scene

Arusha spoils you for choice when it comes to no-frills street food. Pull up a chair beside Maasai men at Discovery Restaurant and chow down on Nyama Choma (roasted meat and maize), chapatti, pilau and biryani. Khan’s BBQ on Mosque Street attracts a cult following for its ‘Chicken on the Bonnet’ street food and plates piled high with Indian style chutneys, naans and salads. Roadside snacks can always be found in the city streets and the monthly Arusha Farmer’s market is popular with foodies. 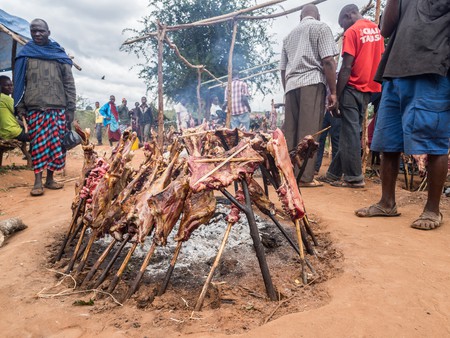 There are many places for quiet reflection

Arusha can feel very chaotic when you first arrive. Delve a bit deeper and you’ll find some surprisingly serene places. The Themi Living Gardens is a leafy spot where you can eat organic food at eco-restaurant Eat Wild, run by a women’s community project. The Mulberry is another city oasis where you can kick back on comfy day beds, listen to the birds and enjoy one of the best cocktails in the city. Try a mango margarita or an Arusha sunset. 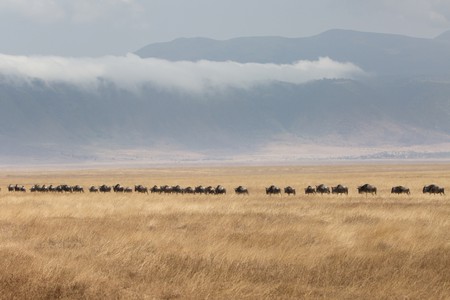 There are loads of opportunities to volunteer

One of the top reasons to visit Arusha is it’s a great place for volunteering and doing charity work while you are travelling. You can organise this through a volunteer company such as VSO or Projects Abroad, or get in touch directly with organisations within the city such as KATz Volunteer Adventure, The Fruitful Orphanage or Good Hope Orphanage. You can also give back by supporting socially-conscious groups such as Shanga Shangaa, who make homeware and jewellery out of recycled materials. 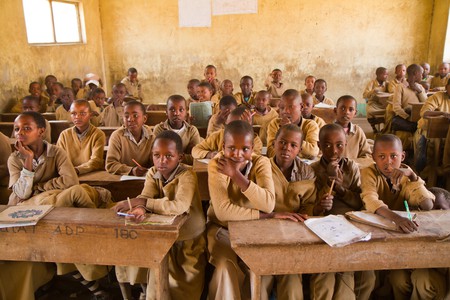