An Introduction to South African Literature In 10 Writers

Post-Apartheid South Africa is far from the utopian ‘rainbow nation’ envisioned by Desmond Tutu and Nelson Mandela. One of Africa’s most prosperous nations, the country is nevertheless still riddled with devastating social problems. South African writers have dealt with these problems in diverse ways, and look back at the pernicious legacy of apartheid which still haunts the country. 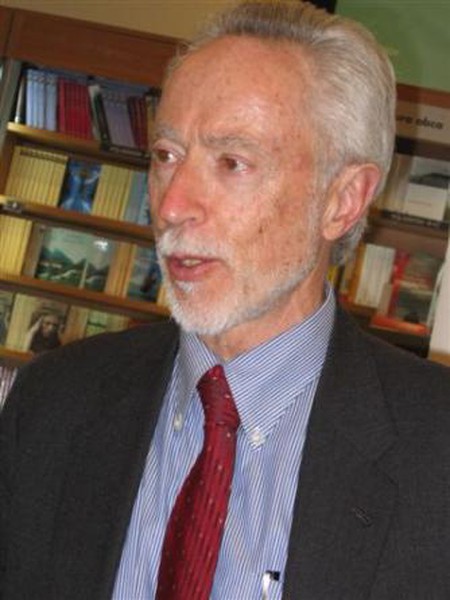 2003 Nobel Prize winner John M. Coetzee is the most internationally acclaimed writer South Africa has produced, and a truly unique and fascinating voice. Tackling politically charged issues such as race and class in economic and yet hard hitting prose, he is often highly experimental in his approach. His work often inhabits a surreally disjointed terrain, in which the traumas of the country and characters are magnified and symbolic — the effect of a ruptured society reflects itself in the characters’ own psychological ruptures. This is taken to extreme in Waiting for the Barbarians which goes beyond allegory to imagine an apolitical, non specific and timeless conceptual space in which Coetzee is able to explore issues of ownership, violence and the idea of a civilization free from the tangled web of his country’s problems.

Known for his gregarious character, Lewis Nkosi wrote just three novels and two plays but has been compared to Albert Camus and lauded for his analytical and allegorical style. Writing for DRUM magazine as a young man, Nkosi was part of a young and vibrant, drink and jazz infused Johannesburg set, who were confident and proud of their race and used this as a tool for social activism. Mating Birds, his 1986 debut novel is an ambiguous look at rape, love, seduction and the thin lines that divides them.

Many have commentated on the disparity between Coetzee and the equally acclaimed Zakes Mda — The New York Times’ Rob Nixon writes that they ‘could be writing about different countries’. Mda’s style revolves chiefly around exterior influences and is panoramic and Dickensian in its descriptions of society. A global nomad, he was born in South Africa, grew up in Lesotho, has lived in America and returned to his homeland. His work discusses the postcolonial concern of fractured identity and the notion of the outsider. He has been praised for his comedic flourishes that give life and energy to difficult subject matters.

The highly prolific Nadine Gordimer is another white South African with a Nobel Prize awarded in 1991. She was an anti-apartheid campaigner and has also stood up against censorship – something she has experienced firsthand with several of her novels banned during the apartheid years. Activism is evident in her writing which tackles political and historical dimensions head on, yet with a subtlety and understanding sometimes lost in writing on racial issues. Her style is epic in both scope and tone, and is heavily indebted to masters such as Chekhov and Dostoevsky.

Breyten Breytenbach is a white writer even more personally embroiled in the trauma of apartheid than Gordimer. Exiled to France after a mixed race marriage, he founded the resistance group Okhela. In a visceral and direct style, his work explores the position of white identity in South Africa. He employs autobiography frequently — in The True Confessions of an Albino Terrorist he writes of the prison system and his experience of incarceration based on the seven years he spent imprisoned for high treason. Also a poet and visual artist, Breytenbach publishes books in both English and Afrikaans.

Born in South Africa but spending most of her life in Botswana, Bessie Head grew up in the thick of racial conflict as the daughter of a wealthy white South African and her black servant. Her work however avoids the contentious and ‘obvious’ topics for South African writers, largely resisting overt political messages and plotlines. Instead she gives voice to humble people, portraying everyday rural African life in simplistic and honest hues. Another preoccupation of her oeuvre is religion and spirituality which she explores from multiple angles.

Academic and author, Njabulo Ndebele won the Noma Award, Africa’s most prestigious literary accolade, in 1984. His novels explore ways forward for the damaged post-apartheid nation in search of freedom of expression, on both an individual and political level, through stories of ordinary people living in Cape Town’s poverty stricken townships. His critical writing covers topics such as his positive reading of post-apartheid pretense of reconciliation which he sees, not as hypocrisy but a natural coping mechanism and way to ‘buy time’.

Andre Brink is a white writer who, like Mda and Lewis, is particularly outspoken in his condemnation of Nelson Mandela’s successors in the ANC. His work pulls no punches in criticizing the current state of South African society. A member of the controversial sixties literary movement ‘The Sestigers’ his work discusses sexual and religious themes with an openness that the authorities deemed unsuitable. His novel Kennis van die Aand was the first Afrikaans book to be banned under apartheid. This prompted him to begin writing in English, thus reaching an international audience.

Booker Prize shortlisted for Bitter Fruit (2001), Achmat Dangor, like many of his contemporaries, has expressed his drive to write as being motivated by social injustices. Inspired by the multiplicity of Salman Rushdie and James Joyce, his other important novel Kafka’s Curse cleverly employs a cacophony of different voices. A straightforward singular voice narrative would not be complex enough to communicate what he sees as an extremely multifaceted and ambiguous ‘schizophrenic nation’.

Diagnosed with cancer at just six years old, much of Damon Galgut’s early work focuses on the fictionalization of this early trauma. His later novel The Good Doctor won him more widespread acclaim – exploring political tensions and existential stalemate against the backdrop of a hospital ward. In using the literary device of a highly suspect and unreliable narrator, Galgut could commentate on the deceptiveness of language itself.
By Kate Kelsall