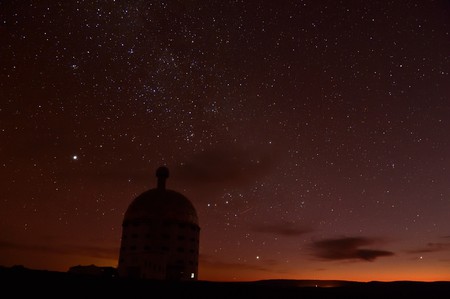 Finding stars is one of South Africa’s secret little pleasures, especially in remote areas where the sky is free of pollution and there’s no peripheral “noise” to distract you from what’s twinkling in the sky. Cold and dry winter evenings are particularly awesome when it comes to discovering the brilliance of South Africa’s inky heavens, where the Milky Way swathes the sky in a stunning, celestial treat.

This remote location in the desolate Karroo most often tops the list as South Africa’s premier stargazing destination, as well as one of the coldest, so wear two pairs of socks and prepare for temperatures that can dip below freezing. However, your frozen toes will soon become insignificant as a nocturnal rainbow of stars reveals itself to you. The tiny town of Sutherland is home to the largest telescope in the southern hemisphere and boast cloudless nights through 80% of the year where a flat landscape allows unobstructed views of a surreal and magical night sky. 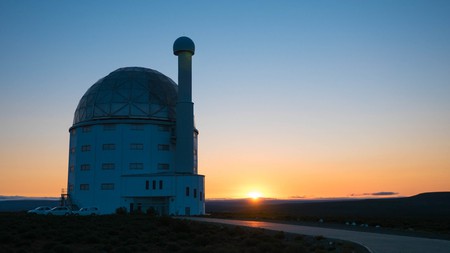 Uncover the vastness of space in the inky Waterberg where supernovas and black holes will absorb your attention. With the surrounding bushland setting the scene, resident astronomer Dr. Philip Calcott projects his telescope view onto a screen to provide fascinating night sky safaris that reveal all the wonders of the southern skies. Using an advanced modern telescope and an astronomical video camera, his tours give a spectacular view of any planets that are visible on that particular night, as well as star constellations, neighboring galaxies, and the Milky Way. 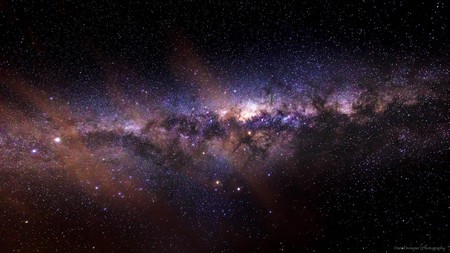 The Cederberg in the Western Cape is a popular tourist destination and is well loved for its pristine natural beauty and scenic landscape. The region is also worth a visit on a Saturday night when the Cederberg Astronomical Observatory opens its doors to the public for a few hours. After an informative slide show, guests are free to make use of the observatory’s three powerful telescopes that bring the distant stars into clear, sharp focus while the pollution-free mountain air adds to the astounding clarity. There are also powered polar-aligned mounts for portable telescopes as well as a few homemade Newtonian telescopes available to use. The observatory is open every Saturday, with the exception of those that fall on a full moon, when the sky is too bright to properly reveal the stars. However, a trip to the observatory is not always necessary, as on clear nights, thousands of stars are visible to the naked eye.

Pafuri River Camp is located in the far northern reaches of the Kruger National Park, bordering on Zimbabwe and Mozambique. The quiet, still region is ideal for observing the hidden jewels of the night sky with no light pollution or anything else besides the occasional sound of wildlife to distract you. Some of the sky objects and constellations that are easily visible with the naked eye include the Southern Cross, the Coalsack Nebula—a dark cloud of dust 500 light years away—and the Large and Small Magellanic Clouds, two of our neighboring galaxies some 180,000 light years away. Bookings for a night sky safari can be made through Pafuri River Camp. 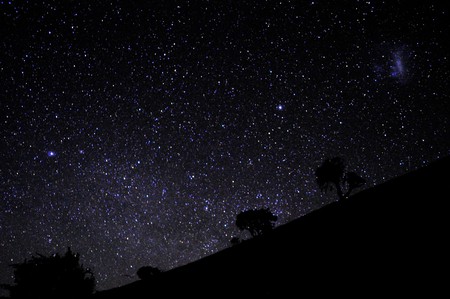 Maropeng is the official visitor center of the Cradle of Humankind UNESCO World Heritage Site, and although located less than two hours from the bright lights of Johannesburg, it is still considered a great stargazing location. The center holds regular stargazing sessions presented by Vincent Nettmann, Maropeng’s resident astronomer, who helps visitors make that magical connection between themselves and the amazing universe we live in. Visual pleasure is enhanced by using large-aperture computerized telescopes programmed to automatically track celestial objects. Ideal for amateur and professional stargazers alike, the informative evenings give a simple yet comprehensive overview of the southern African night sky. 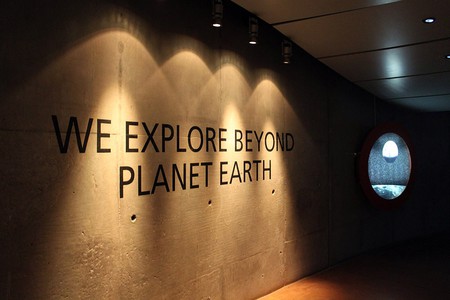 A rare treat for any avid stargazer has to be the Kglalagadi Transfrontier Park, one of the darkest and least polluted places in southern Africa. It is said that admiring the night skies in this neck of the woods could make you feel like you’ve never seen the stars properly before, where pollution of any kind, be it light, natural atmospheric, or man-made, is almost non-existent. At !Xhaus Lodge, within the park, the nearest artificial light is 50 kilometers (31 miles) away and guests can leisurely view the stars through a telescope on a special observation deck. Here the Milky Way can be seen at its best, and on moonless nights, provides enough light for guests to see where they are walking. Visitors can also learn some traditional Bushmen skylore from the resident San tribe, who believe the sky is a spiritual realm and the stars are human and animal kindred spirits.

Although there’s not much to observe here during the day, the little Karroo town of Carnarvon is home to the next big thing in star gazing, called the Square Kilometre Array (SKA) radio telescope, which is still under construction. This mega-science project comprises an array of telescopes spanning 10 countries and two continents, Africa and Australia. Combined they will be the largest telescope of any kind to ever spy into the universe, and they are backed up by a host of super-fast computers to deal with the incoming data. While the facility has yet to open its doors to visitors, the expansive and infinitely clear sky in Carnarvon is bound to leave you star struck. 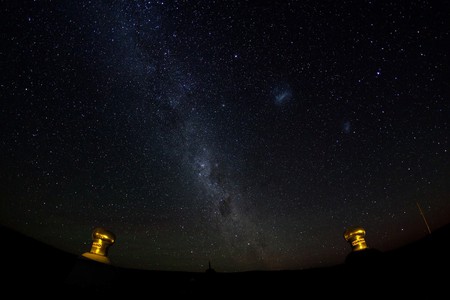