This is Why Traditional Healers in South Africa Still Sacrifice Animals 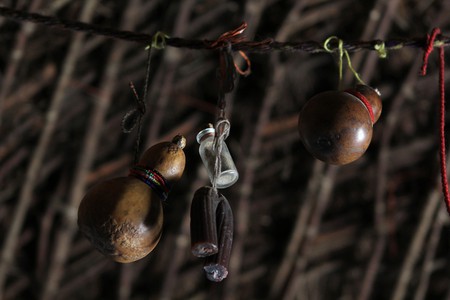 Traditional healers, or sangomas, play an important role in many African belief systems in sub-Saharan Africa. Though the practice is complex and steeped in numerous beliefs and traditions, few are as controversial among Western media as the practice of animal sacrifices.

In the build-up to South Africa hosting the Fifa World Cup in 2010, news agencies around the world were abuzz with stories that aimed to highlight the differences between Western and African cultures and practices. The Fifa World Cup had, until then, been a heavily westernised tournament, and its imminent arrival on the African continent for the first time sparked some controversies.

In the United Kingdom, The Guardian and the BBC ran articles about an apparent fracas between Fifa and the Makhonya Royal Trust, who apparently wanted to slaughter a “beast” in each new stadium built for the soccer spectacle. Around the same time, an online petition called for people to withhold “tourism dollars” unless the practice was stopped, citing that the “traditional sacrifice methods are grossly inhumane and full of cruelty”.

Controversy surrounding traditional healers aiding sporting teams first rose to prominence in 2002, when press at the South Korea / Japan World Cup asked African footballers about witchcraft and voodoo. According to an article in the Cape Argus, the concept of football teams using traditional healers, euphemistically called team advisors, was widespread at the time.

In an attempt to appease Western onlookers on the eve of South Africa’s bidding for the event, African football officials called for an end to the practice. The Confederation of African Football said in anticipation of an African world cup that it was important to remove any “Third World” references.

At the time, there were reports of teams burying animal body parts on the field before the game, using special potions and even casting of spells in order to give them an advantage over the opposition.

Reporters went as far as to ask professional footballer Benni McCarthy whether he participated in the alleged practice of injecting animal blood in his legs in order to increase speed on the pitch. He responded with spontaneous laughter, and then assured the gathered media: “We practise fair play and I think we do the same as any European country does. We don’t do no voodoo stuff”. 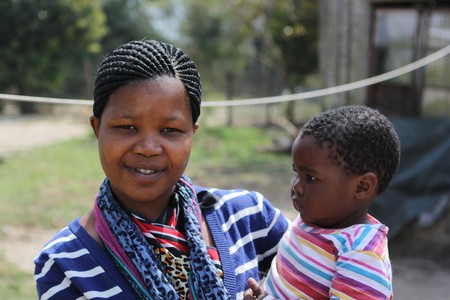 A Sangoma in Training with her Child | © Jochem Koole / Flickr.com

Role of Sangomas and Animal Sacrifices

Sensationalist headlines, misinformation and a general misunderstanding of the myriad African cultures mean that more often than not animal sacrifice, and the role of traditional healers, is widely misconstrued. Though misunderstood locally and around the world, it’s a practice that has been in place long before the headlines.

African ancestor belief is the main belief system in South Africa, and Sangomas or traditional healers are the central to this practice. Sangomas play a role in interpreting communication with ancestors, and thus contribute to the health and spiritual well-being of the their communities.

Animal sacrifice is not the only factor in this belief system, but it still plays an important role in this process. Some use it to request healing, protection or rain. It is also a common ceremonial practice in some traditional households, where the ritual marks births, deaths, and weddings. 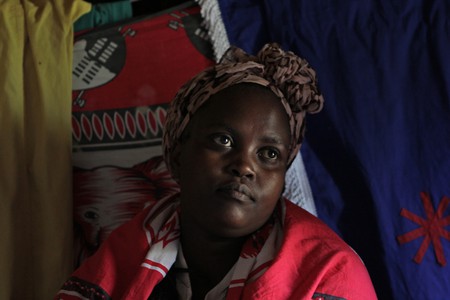 Objections to the Practice

In spite of ritual sacrificing and slaughters forming an important role in many South African cultures, animal rights organisations continue to voice their concerns about the practice. Many, such as PETA, claim it is a form of animal cruelty, and argue that it is putting the rights of cultures above those of the animal.

Others, such as the Society for the Prevention of Cruelty to Animals (SPCA), do not oppose animal sacrifices, but condemn the cultural practice of spearing a bull to make it bellow, prior to the sacrifice. In certain circumstances, traditional healer organisations have invited the SPCA to witness the process to confirm that the animals do not suffer.

But in many customs in South Africa, this is an integral part of the process, and they can only sing the praises of their ancestors when this bellowing occurs.

Skilled traditional healers have typically sacrificed many animals, and they do so quickly in a way to limit suffering. They also undergo training in order to achieve the status, which many argue equips them with relevant skills.

The traditional healers also suggest that animal rights activists misunderstand the practice, and lack respect for hundreds of years of culture. South Africa’s constitution also guarantees freedom of religion and embraces its various cultures. Though in spite of this, the practice continues to be controversial among those who don’t practice it, particularly when sacrifices take place in suburban environments. 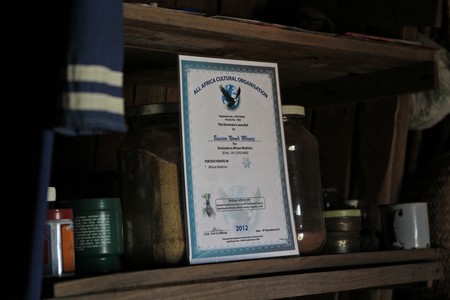 Integrating animal sacrifices with South Africa’s official laws has been controversial at times. During times of racial segregation under apartheid, these issues seldom received prominence in mainstream press. Black people were prohibited from owning houses in so-called white suburbs, and the apartheid government actively isolated cultures and identities not in recognised by their divisive policies.

But since the advent of democracy, suburban animal sacrifices, and a greater tolerance towards all living within the country, have forced government to consider bylaws that oversee the practice.

In 2011, the Commission on the Rights of Culture and Religion recommended that municipalities amend bylaws that respect this tradition. Some cities have heeded this advice, and many cities have health bylaws that make provisions for ritual animal slaughters outside of abattoirs. But these laws come with some caveats – such as the need to inform the city ahead of time and how to dispose of remains – that some, according to News24, condemn as racist.

Though often a divisive and controversial topic, ritual sacrifices form an integral part of many South African cultures. And in a country as accepting of diverse cultures and practices as South Africa, it’s an important reminder of the need for cultural understanding and tolerance.