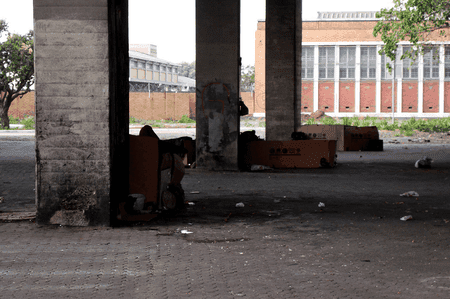 Homelessness and poverty is a growing issue throughout South Africa, but one city is once again calling on residents and visitors not to give directly to the homeless.

Many visitors to Cape Town comment on the prevalence of homeless people and those requesting assistance, whereas many housed residents have learnt polite but direct ways to ignore them. There have often been comments that giving handouts to people begging at traffic lights and intersections is counterproductive, but now officials in the city of Cape Town have issued direct instructions not to do so.

At a recent neighbourhood meeting a city official claimed that there are an estimated 7,000 people who live on the city’s streets. Many of these people reside in secluded corners of the city and seldom interact with the general public. Others actively seek handouts in the form of food, clothes, work or money.

According to mayoral committee member for safety, security and social services JP Smith, giving spare change to people on the streets does little to assist the individuals concerned.

‘Giving handouts [is] nothing more than a plaster on a wound, requiring far greater care,’ Smith said in a statement.

‘We are constantly reminding residents about the harm in giving money directly to street people. While they may think they’re doing a good deed, in reality, it only discourages street people from accepting social services.’

Instead, the city encourages residents to give directly to non-profit organisations, charities, and social workers. According to Smith, these organisations can then disseminate the money responsibly to those most in need.

This stance is not a new one from the local government in charge of the Western Cape. In 2016, a local ward councillor caused controversy when she wrote in a Facebook post that ‘Since they rely on our handouts for their existence, if you stop giving to beggars, street people and car guards, they will move elsewhere’.

The renewed call comes on the back of an increase in complaints about the number of homeless people and shelters on the city’s streets.

‘While members of the public will complain about the structures erected and activities undertaken by street people, they will often also continue to incentivise such behaviour through donations directly to the street person,’ Smith said.

Some social welfare organisations believe the city’s approach is too simplistic, and assumes that all issues of homelessness are the same. Hannes van der Merwe, of non-profit organisation Straatwerk, is more sympathetic to the plight of the homeless, and the pressures many people feel to give handouts. He told News24: ‘There are people where giving would be detrimental, yes, but there are people that you just have no choice but to help there in that moment.’

Jesse Laitinen, from social solutions organisation Khulisa, believes that homelessness is a complex issue, and a more integrated approach is the only way to assist those in need. 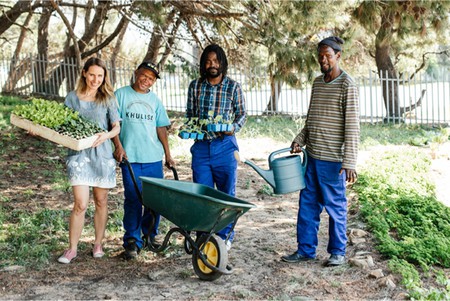 Jesse with members of the Streetscapes team | © Darren Bester

Laitinen runs a programme called Streetscapes, which employs homeless people at urban farms throughout the city. In spite of making good progress with up-skilling people who live on the street, she agrees that this is a complex issue that will take many years to resolve. ‘We’re not going to fix the homeless situation instantly,’ she says. ‘There is no short-term solution to the issue of homelessness.’