The Top Things To Do And See In Bo-Kaap, Cape Town

The Bo-Kaap in Cape Town, South Africa | © Richard Cavalleri/Shutterstock
The Bo-Kaap neighborhood of Cape Town has a rich and multicultural history. Formally known as the Malay Quarter, the district is rooted in Malaysian, African, Indian and Sri Lankan culture, largely a result of the descendants of the slaves who were brought over by Dutch imperialists in the 16th and 17th centuries. Today, the area is still known for its vibrant history and blending of creeds; a cocktail which visitors often find fascinating and unforgettable.

Visitors are able to see the Bo-Kaap neighborhood by foot while also gaining insight into the district’s vivid history, culture and scenery on this free walking tour by Nielsen Tours. Trips depart three times a day each day, starting from Green Market Square on Shortmarket Street. On this tour guests will get an overview of Bo-Kaap’s best known landmarks, including the colorful houses, hidden places to find local beers, multiple mosques and historical restaurants and shops. This informative, fun and free tour is simply not to be missed! 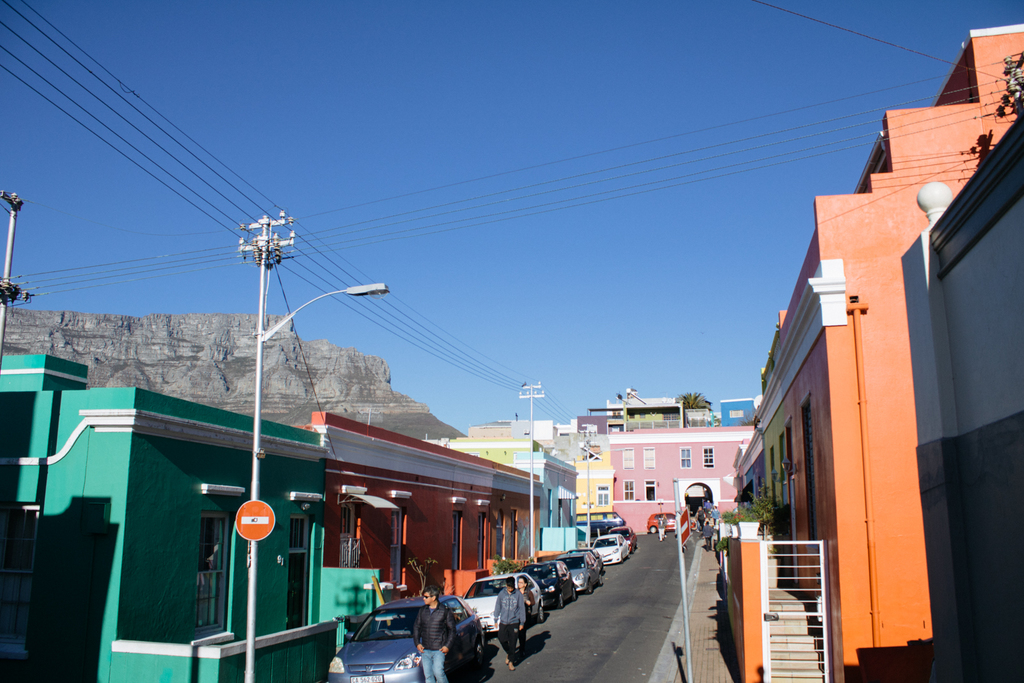 Museum
Established in 1978, the Bo-Kaap Museum recreates the home of a typical 19th-century local Muslim family | Jessica Stafford / © Culture Trip
The Bo-Kaap museum was established in 1976 as an extension as the South African Cultural History Museum. In order to depict the lifestyle of a traditional 19th-century Muslim family residing in Bo-Kaap, the museum is set up and furnished as if it is a family’s home. Although the museum is small, it offers visitors a look into the past, culture, and socio-political climate of the Bo-Kaap neighborhood. Entry costs the equivalent of just $2 too, so taking this quick stop at the Bo-Kaap Museum is definitely worth it!
More Info
Open In Google Maps
71 Wale Street, Schotsche Kloof Cape Town, Western Cape, 8001, South Africa
+27214813939
View menu
Visit website
Visit Facebook page
Send an Email
Give us feedback

Mosque
Jess Stafford | © Culture Trip
As a hub of Cape Town’s Muslim population, the Bo-Kaap district boasts numerous mosques. However, the best known of these is unquestionably the Auwal Mosque. Commissioned by an Indonesian prince and built in 1794, the Auwal Mosque is the first mosque built in all of South Africa. Interestingly, the first Imam, or Muslim worship leader, is thought to have written several copies of the holy Quran completely from memory in this spot.
More Info
Open In Google Maps
43 Dorp Street, Cape Town City Centre Cape Town, Western Cape, 8001, South Africa
View menu
Visit website
Visit Facebook page
Send an Email
Give us feedback

Seating over 220 guests, Marco’s African Place is a huge restaurant with an enormous spirit to match. Encompassing many facets of African culture, from food to music and even art, Marco’s African Place is popular among locals and visitors alike. The restaurant features daily live entertainments and also hosts jazz events from time to time. The décor is truly African, with ceramic pots from around the continent and pieces of traditional art and African instruments on the walls. 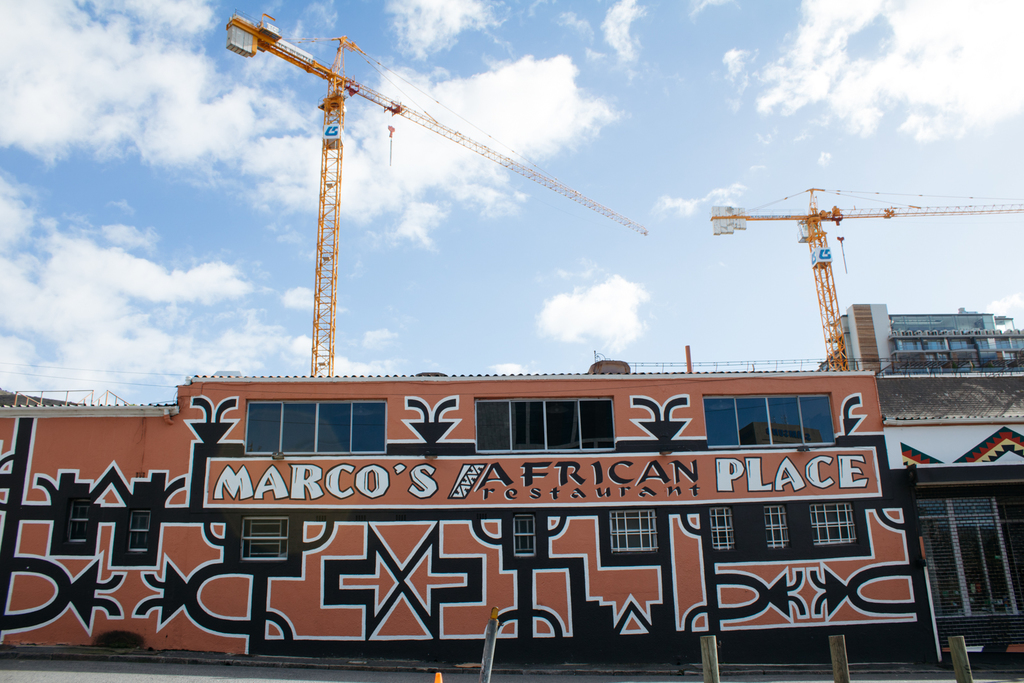 After the English occupation of the Cape in 1795, Dutch guns were taken and replaced by a bigger English cannon. Ever since 1806, a shot has been fired from the cannon at noon as a time signal. Today, the tradition is still held and the shot is loaded by the South African Navy and heard by residents daily. The noon day gun is Cape Town’s oldest lasting tradition and visitors are able to visit the site to watch the process of shooting the gun, learn about its history and gaze out at the views of the city. 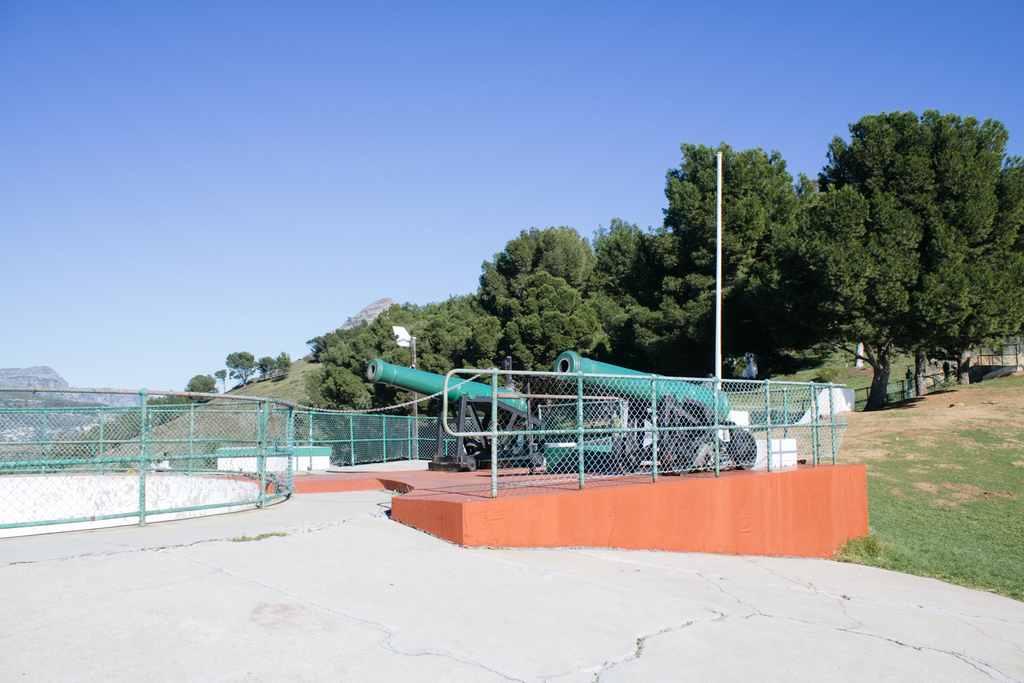 Bo-Kaap Kombuis is one of the best Malay restaurants in the Bo-Kaap neighborhood. The restaurant’s owners, Yusuf and Nazli Larney, pride themselves on reflecting the customs and traditions of Bo-Kaap’s original inhabitants. The food here is the epitome of classic Cape Malay cuisine: traditional, flavorful and occasionally spicy. Start with the savory platter, which includes samosas and other tasty finger foods. Then, try any of the restaurant’s Cape Malay curries and pair it with a side of roti. 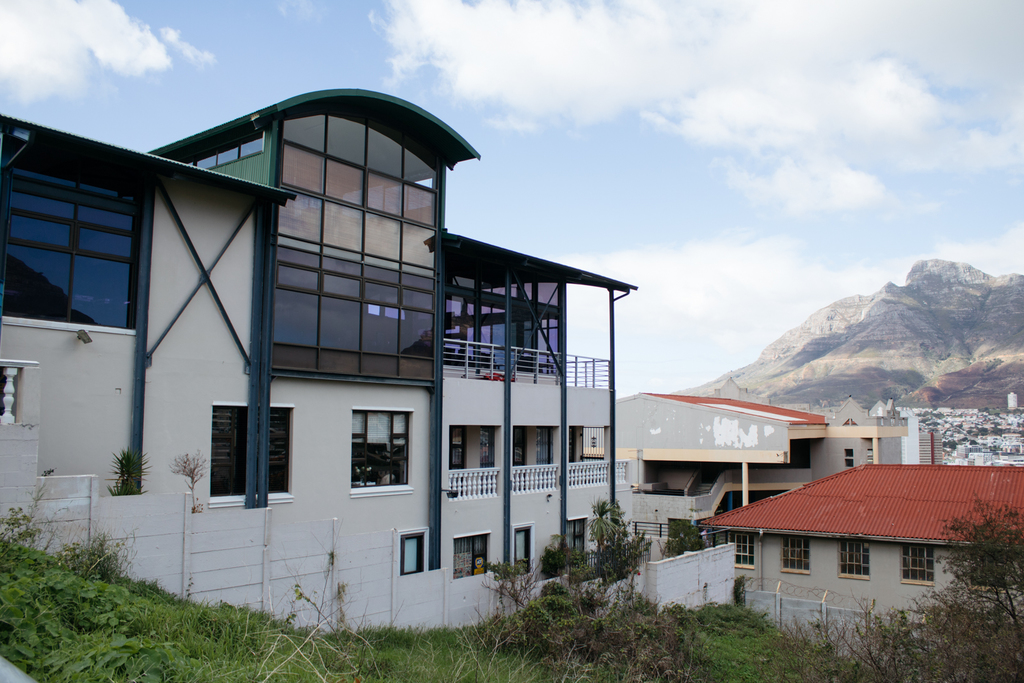 Located just next door to the Bo-Kaap Museum, the Monkeybiz boutique specializes in unique African beads. Monkeybiz aims to renew African historical and traditional beadwork with a modern twist. Their beads and jewelry have been massively successful, with pieces being picked up for an exhibition by Sotherbys Contemporary Decorative Arts. What makes this shop even more astonishing is that it doubles as a non-profit organization, providing basic income to local families, employing disadvantaged women, and setting up funeral and burial funds for every beader in their registrar.