The Most Spectacular Mountain Ranges In South Africa 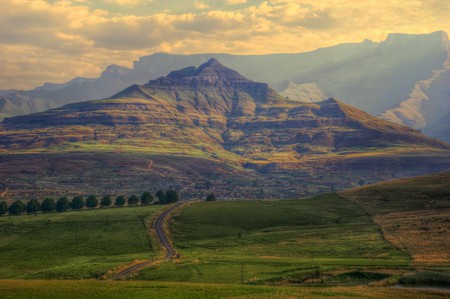 The South African landscape is truly magnificent. From long coastal stretches and sparkling rivers to vast open plains and lush forests, there are a myriad of scenic features to see and explore. At the top of the list is the country’s majestic mountain ranges which stretch for hundreds of miles in the north and south, offering a plethora of activities for outdoor enthusiasts. Here are five of the best mountain ranges that South Africa has to offer.

Table Mountain is Cape Town’s most iconic mountain range, providing a stunning backdrop to the city and its many beaches. A five-minute cable car ride to the top grants magnificent views of the Atlantic Ocean and the sprawling city. The Table Mountain range is a protected site within the Table Mountain National Park as it boasts over 2,000 species of indigenous fynbos, magical Afromontane forest and a variety of bird and animal species. The park also lends itself to a variety of outdoor activities, including peaceful nature walks, hiking, abseiling, and paragliding.

At 3,482m, the Drakensberg is the highest mountain range in South Africa and a UNESCO World Heritage Site. Stretching for over 600 miles (1,000km) from the Eastern Cape in the south to Mpumalanga in the north, the breathtaking mountain range features rivers and streams, sheer cliffs, pointed mountain peaks and a variety of endemic flora and fauna. The Drakensberg is also home to the largest concentrated group of San rock paintings in southern Africa, which are outstanding in quality and diversity of subject. You can experience the sheer beauty of the Drakensberg by staying at one of the many hotels and resorts on the lower slopes.

The Magaliesberg mountains are among the oldest in the world, around 100 times older than Everest. They stretch for 120km from east Pretoria to Rustenburg in the west, separating the highveld grasslands from the bushveld savannah in the north. The mountain features sheer quartzite cliffs, deep gullies formed by water runoff, some more than 100 meters deep, magnificent kloofs, and perennial waterfalls that flow into sparkling pools. The mountains are popular with hikers, rock climbers and picnickers who visit the protected site to seek sanctuary from the stress of city life. 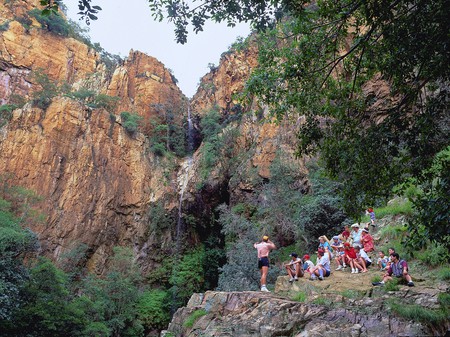 The Cederberg Mountains and Wilderness area are situated three hours from Cape Town near the town of Clanwilliam. They are known for their dramatic, sandstone formations, and ancient San rock art. The magnificent Wilderness area encompasses 71,000 hectares of rugged, mountainous terrain, making it a top hiking and rock climbing spot in the Western Cape. Another World Heritage Site, the Cederberg forms part of the Cape Floral Kingdom and is covered in mountain fynbos, including the laurel protea, the red disa and the famous rooibos plant from which rooibos tea is produced. The area is also rich in wildlife. Ecotourism is quite big in the Cederberg, drawing out-of-towners to the region’s many camping sites and chalets. The area is also popular for hiking, rock climbing, mountain biking and fishing, and there are several 4×4 routes for adventure lovers. 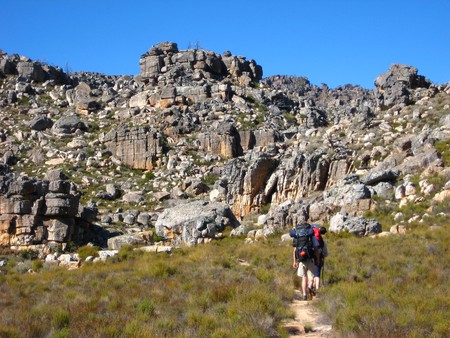 The Amatola are a range of densely forested mountains situated in the Eastern Cape. The Xhosa people named the range ‘amatole’, meaning ‘calves’, as it resembles a herd of young cattle grazing in the grasslands. At 1,800 meters above sea level, the Amatola Mountains are famous for their scenic beauty characterized by lush forests, deep ravines, spectacular waterfalls and panoramic views. Nearby towns include King William’s Town, East London, Stutterheim and Hogsback, the inspiration for J.R.R. Tolkien’s Middle-earth. The Amatola Mountains are home to the Sandile Heritage Route, a tourism initiative that follows the lives of Xhosa kings in the region, and the Amathole Trail — a six-day hiking trail recognized as one of the best in the country. 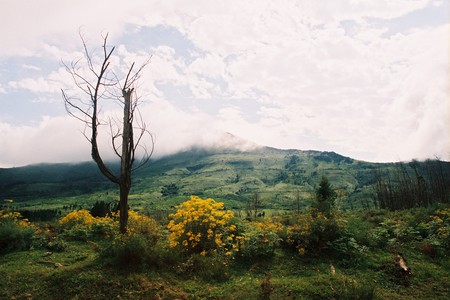