The Most Beautiful Parks and Gardens in Pretoria 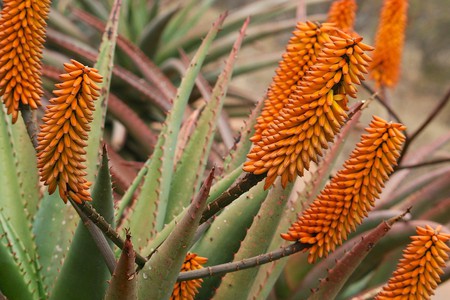 Pretoria is a city with many green spaces in which visitors can relax and enjoy nature all year round. Below are some of the most beautiful parks and gardens of the Jacaranda City. 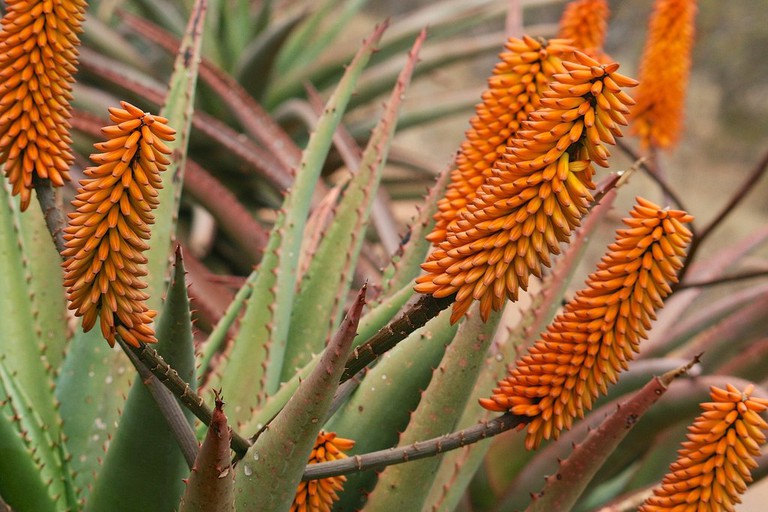 National Botanical Garden | © Leo za1/Wikimedia Com
The Pretoria National Botanical Garden is an urban oasis of mostly indigenous plants. The garden is naturally divided into two sections, a warm north-facing section and a cooler south-facing section, each with its own varieties of flora. Paved trails lead to hidden waterfalls, ducks splash about in small ponds and there are endless green lawns. The 50 hectares (123 acres) of developed garden are also a haven for many small creatures, such as mongoose, scrub hare and duiker antelope, with over 220 bird species and more than 50 species of butterflies. The two onsite restaurants offer scrumptious menus, or visitors can bring picnic baskets and enjoy the peaceful garden atmosphere.
Open In Google Maps
2 Cussonia Street, Brummeria Pretoria, Gauteng, 184, South Africa
+27128435071
Visit Website
Give us feedback

While you cannot explore the interior of the Union Buildings, the official seat of the national government, you can walk around the terraced gardens and under the lofty trees to your heart’s content. Discover the nine-metre (29-foot) tall statue of Nelson Mandela, unveiled in 2013 just after his death, or take a picnic lunch and appreciate the vista. 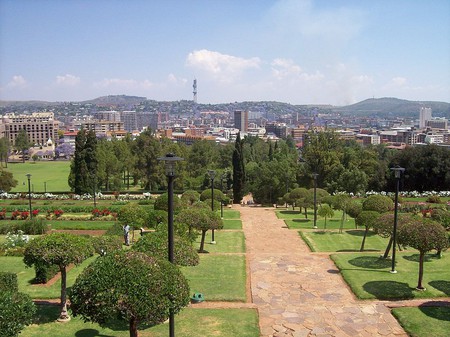 With a spectacular view from the top of Salvokop, Freedom Park is a tranquil space dedicated to the memory of those who lost their lives in the struggle for freedom. The Garden of Remembrance is filled with monuments, statues and sculptures and the perfect place for quiet contemplation. 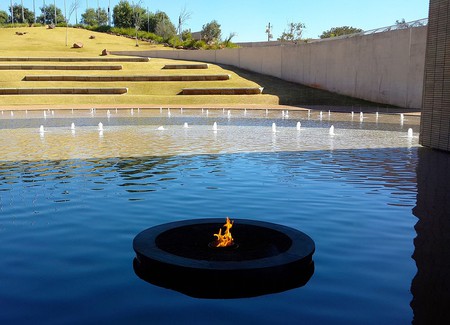 One of the most popular parks in Pretoria, Magnolia Dell is named after a white, pink and purple magnolia tree. Situated close to the University of Pretoria, the park is a fantastic picnic spot and a regular venue for arts and crafts markets. Although the park once featured statues of Peter Pan and Wendy, they have both since been stolen and only their podiums remain beside a small pond. 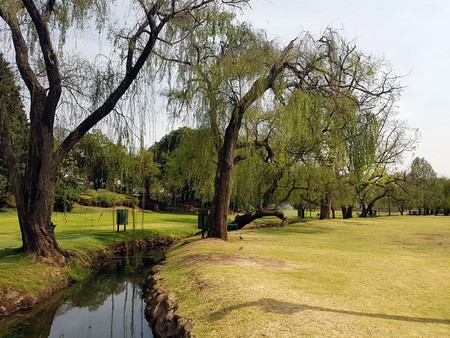 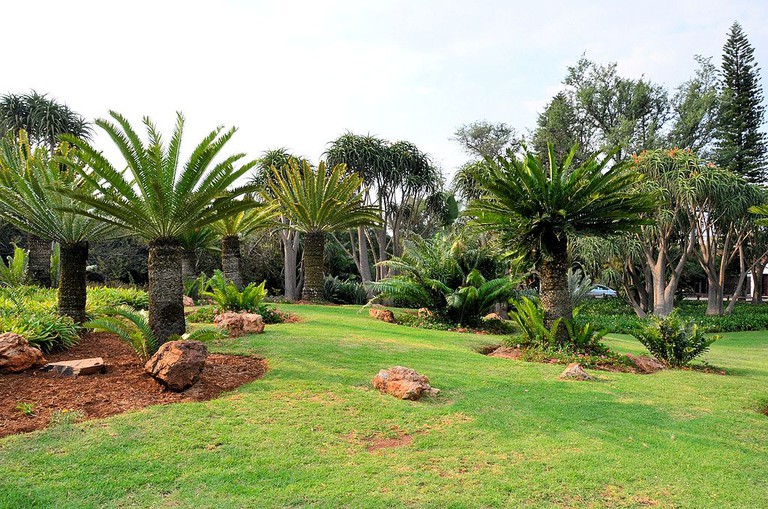 Jan Celliers Park | © Ossewa/Wikimedia Commons
One of the oldest parks in Pretoria, Jan Celliers Park is named after a 20th-century Afrikaans poet. Situated in the peaceful old suburb of Groenkloof, this tree-filled sanctuary is popular with local residents who bring their dogs to play in the park in the evenings.
Open In Google Maps
Groenkloof Pretoria, Gauteng, 27, South Africa
+27123580495
Visit Website
Visit Facebook page
Give us feedback

Situated just outside the central business district and across the road from landmark Melrose House, Burgers Park is the perfect place to take a break from city life. This four-acre (1.6 hectare) park was founded in the 1870s as a botanical garden and was named after the fourth president of South Africa, whose statue is popular with the local pigeons. It has since been declared a national monument. 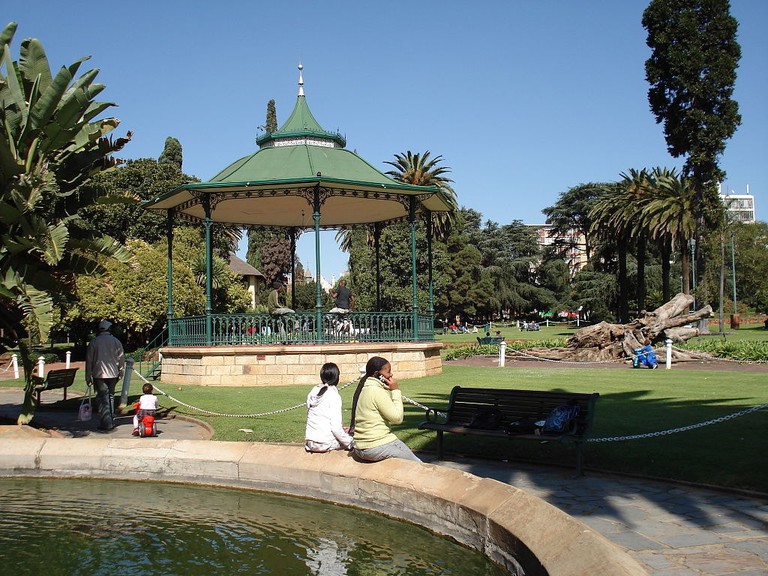 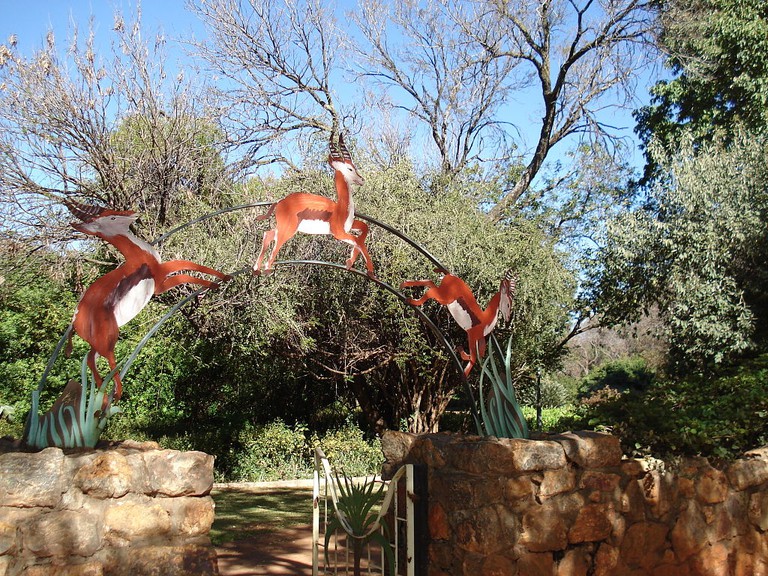 Springbok Park | © Cvanrooyen/Wikimedia Commons
Another national monument, Springbok Park, with its iconic gateway, is within easy walking distance of the Gautrain Hatfield Station. It’s a secluded spot with pathways winding past indigenous trees and a small,burbling stream. A popular restaurant is situated just outside the park borders.
Open In Google Maps
Grosvenor Street, Hatfield Pretoria, Gauteng, 28, South Africa
+27123580495
Visit Website
Give us feedback 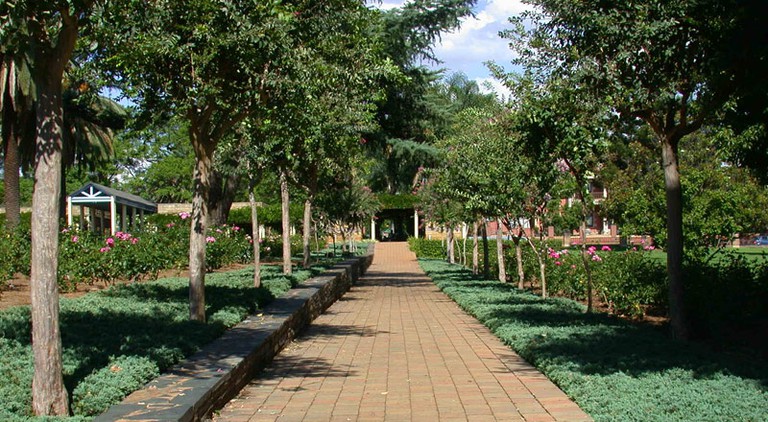 Venning Park | © Laurens/Wikimedia Commons
Venning Park, popular with an older crowd who enjoy playing bowls on its perfectly manicured, emerald lawns, is a wonderful place to take an afternoon stroll. Its rosarium boasts more than 3000 rose bushes and 30 rose species that fill the air with their beautiful scent.
Open In Google Maps
Eastwood Street, Arcadia Pretoria, Gauteng, 2, South Africa
+27123443840
Visit Website
Give us feedback
Give us feedback