The Global Origins of Afrikaans 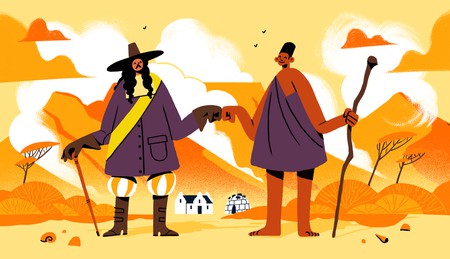 A language of contact: although a uniquely South African language, the origins of Afrikaans can be traced from all corners of the world. © Gerhard van Wyk / Culture Trip

South Africa is one of the most culturally diverse countries in the world, with 11 official languages. But one those – Afrikaans – is perhaps the most misunderstood and contentious of them all.

Afrikaans is the language most closely associated with the apartheid regime and was seen as a language that was used to oppress much of the population. But before this association, it was a language used by early settlers in the 1600s. And although it is only officially recognised in South Africa, it has origins that span across the globe.

Afrikaans, with many similarities to Dutch, is a West Germanic language. This makes it easy to assume that its path from the Netherlands to becoming one of South Africa’s official languages was a simple one. But the reality is complex and fascinating.

“Afrikaans started out as a language of contact,” says University of Pretoria Professor Heinrich Willemse. “The language’s first moments were when seafarers made contact with people of the Cape.”

These first moments of contact happened between the San people, also known as the Khoi, and seafarers arriving primarily from the Netherlands. But in spite of the influence of Dutch, it was down to three San individuals called Autshumato, Krotoa and Doman who played a pivotal role in the development of Afrikaans. They travelled and lived with foreign settlers and were accomplished polyglots, eventually able to speak several languages spoken by newly arrived foreigners.

Although this meeting of the Dutch and Khoisan is widely regarded as the starting point for Afrikaans, the key development came when Europeans began settling permanently in the Cape. It was then that local people shaped Dutch into the language initially known as Cape Dutch, today called Afrikaans. 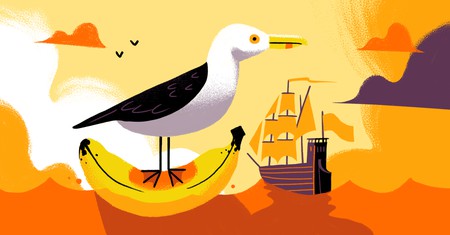 A language divided by class

“It’s quite clear that Afrikaans developed in the mouths of people who were on the ‘lower rungs’ of society,” says Willemse.

The way that many survived with the unsettling circumstances of arriving colonialists was by learning the language – and it was this process that set the Afrikaans language in motion.

“If the Khoi, the San and particularly the slaves weren’t forced to learn Dutch, or to speak it, then the Afrikaans language would not have existed,” says Dr Neville Alexander in the 2010 documentary Afrikaaps (2010), which explores the history and importance of the language as spoken in parts of Cape Town.

Slaves and the language’s Arabic roots

By the end of the 18th century, Willemse says there was a clear distinction between so-called Metropolitan Dutch and the speakers at the Cape. This had to do primarily with influences from slaves. They were brought in from around the world, but in particular, from the southern parts of Asia.

Slaves shipped to the Cape from abroad brought with them certain words and language structures that can still be found in those countries to this day, and academics have traced the influences of various languages using lexical items and structures.

“If you travel to Malaysia or Indonesia there are a variety of words that are similar to Afrikaans,” says Willemse. These Afrikaans-Malay words – such as piesang (banana), bobotie (a popular meat mince dish) and baadjie (jacket) – are still an important part of the language in South Africa.

This influence is true for many other destinations, too, and many Afrikaans words are the result of the diverse people who lived in the Cape, not just the Malays.

Afrikaans’s strong Arabic roots also came to light thanks to Muslim scholars in the Cape.

“If we go back to the early Muslim scholars in the Cape, the teachers who taught at the Madrases, this is where Afrikaans [and] written in Arabic script first emerged,” heritage activist Patric Tariq Mellet points out in Afrikaaps. 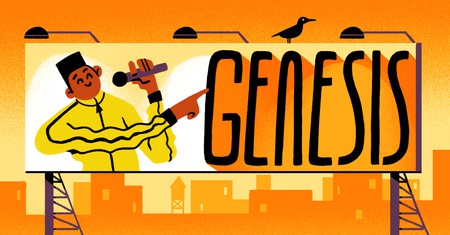 The hidden genesis and the future of Afrikaans

In spite of the irrefutable importance the Malay community has been to Afrikaans, that history has largely been forgotten by many in South Africa.

“This undercut and silenced all the other developments around Afrikaans,” says Willemse. “And Afrikaner nationalists then played a major role in the formulation of a particular view of the history of Afrikaans itself.”

This makes the history of Afrikaans particularly contentious given South Africa’s turbulent political past. During apartheid, the language was forced on the majority of the population, and in that process it was formalised to become the language that’s used widely today.

“What one should not deny is that Afrikaner nationalists also played a role in the establishment later on of Afrikaans as a well-developed language with fully fledged literature [and] a well-developed linguistic infrastructure – especially after 1948 – but the origins, the initial sparks of Afrikaans, that is something that tells the true history of this country,” says Willemse.

In a comment on the future of the language, highly acclaimed musician, writer and performer Jitsvinger uses Afrikaaps vernacular to tell stories of heritage and culture in the Cape community. On the role the Afrikaans language plays in contemporary society, he says, “Kaapstad in die core, the genesis when it comes to the formation of a language that was rebuked for centuries before it got claimed by the very community that oppressed its creators. Today you will find that the formerly oppressed are reclaiming it, with the commercial sector on its tail using Afrikaaps slang on billboards and accessories to stay relevant.”