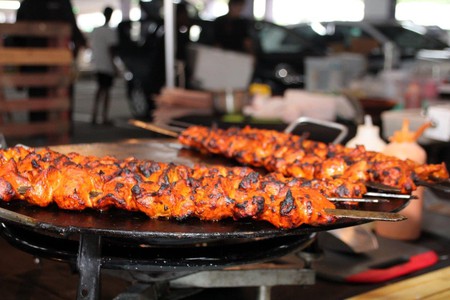 A range of fun and delicious food stalls have cropped up in Durban in the last few years. With a strong branding and social media presence, these food stalls place a special emphasis on quality and fresh ingredients. We guide you through the best food stalls at markets in Durban.

This fairly new concept is taking Durban by storm. It’s a soft tandoor (a clay oven) baked naan (Indian bread), filled with succulent chicken pieces, spicy sauces and salad. Promising an Indian street food experience, owner Sandesh Rampersad says their focus is authenticity, from their naans which are rolled on site to the chicken which is fired on a grill at the premises. 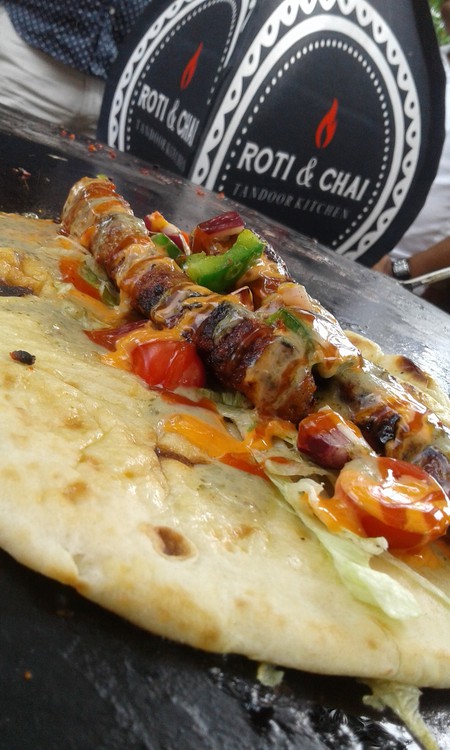 If you’re not into meat, they also offer a paneer tikka wrap and if you’re not into bread they offer a lo-carb version of the tikkas. Roti & Chai is available at most Durban markets and you can easily spot them by their long queues, so get there early as they usually sell out quickly. They also have a pop up store in Florida road which offers mango lassi and chai to accompany your saucy wraps. 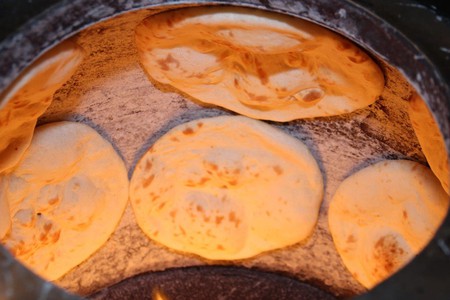 These decadent macaron ice cream sandwiches have proved a big hit in South Africa. Trained patisserie chef, Zakeeya Mitha, has been selling french macarons at markets in Durban since 2013 but after she was inspired by a photo of an ice cream macaron, she launched Sugarlicious in 2015. 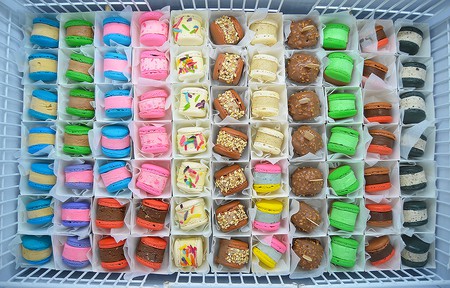 These macarons are available in flavours like mint, espresso, nutella and more extravagant flavours like bombay crush and a chocolate dipped macaron. They now also have a dessert bar in the town of Umhlanga that also serves an array of drinks. 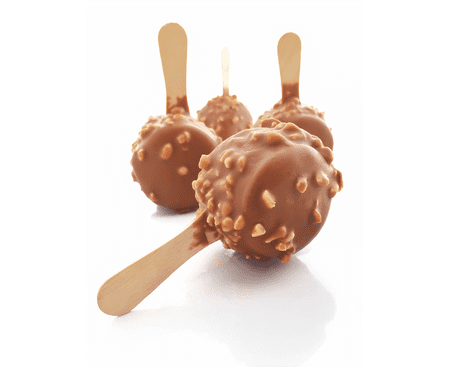 This funky fish establishment makes the best of Durban’s proximity to the harbour. Featuring a selection of panko-crumbed prawns or halloumi fries on a bed of rice, coleslaw or skinny chips with a special sauce, it’s an easy and delicious finger food to graze on while perusing markets. Only just a year old, this local food stall has already started to create a popular name for itself around Durban and can be found at a number of Durban markets including the Musgrave rooftop night market and Smarket. 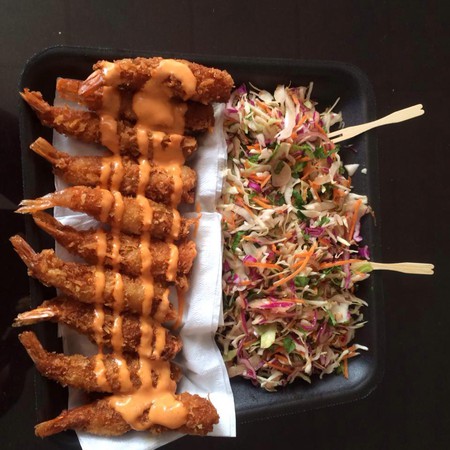 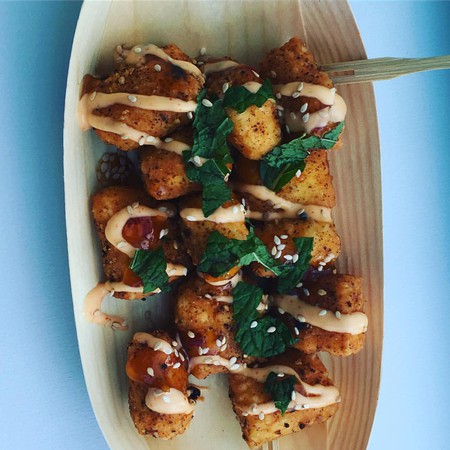 Aptly named the revolutionary kitchen, this recently established food stall was started by local rapper/environmentalist, Nazeer Jamal and his wife, Farzana. With no set menu and only the theme of international gourmet cuisine as their guide, this husband-wife duo offer dynamic food with flavours from all over the world. Jamal says that this makes market day exciting, as the menu changes according to the the socio-political, cultural and trending environment, and they have featured food from countries like Mexico, Vietnam and the Middle East. 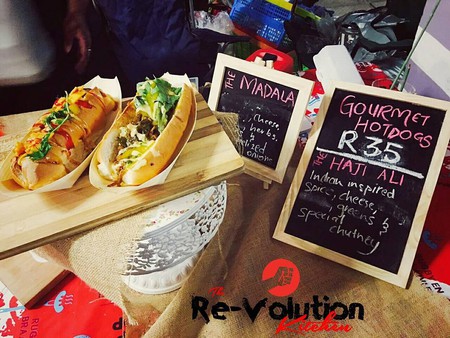 The Revolution Kitchen at a market in Durban | © Nazeer Jamal 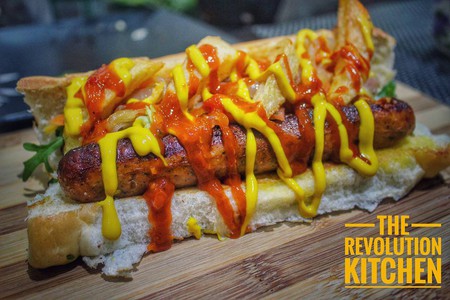 Another sugary treat in Durban, these handcrafted American-style donuts have single-handedly caused the revival of the donut as Durban’s favorite sweet treat.

They’ve been spotted at The Boiler Room, gas stations and at markets like the Wonder Market and I ❤ Market. There are a range of donuts that vary from sugar dusted to donuts with fillings like white fudge and salted caramel. They’re tasty, fresh, hip and have a strong local following in the city.

Out To Lunch is a 100% vegan and vegetarian food stall that’s been around for a few years in Durban. Their burgers made out of walnuts, mushrooms and aubergine are delicious, and their funky breakfast wraps are an absolute treat. For those with a sweet tooth they also have orange, cacao and ginger protein balls. You can find them weekly at the Shongweni Farmers and Craft Market, the Morning Trade and monthly at I ❤ market. And they sell their yummy vegan fruit-based wraps in bulk at the stall. 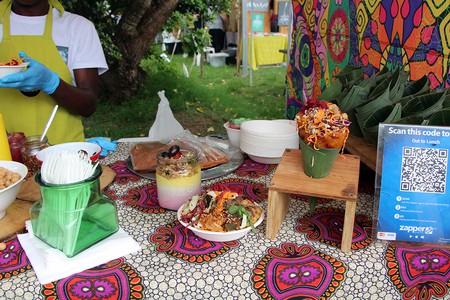 The Out To Lunch stall Stall | © Shubnum Khan 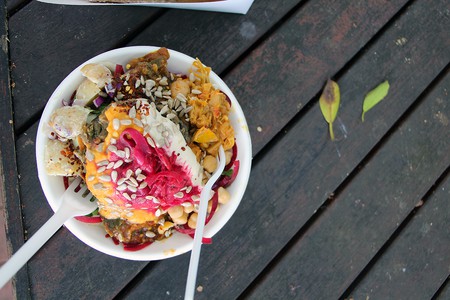 Coming pretty early to the table for high end treats in Durban, Scoop Me s’More is South Africa’s first custom ice cream sandwichery. Basically, you get to choose a flavour of ice cream to sandwich between your choice of flavour of cookie. They trade out of a food truck at the Green Hub in the Blue Lagoon area, but you can also find them at Musgrave’s rooftop night market and at The Morning Trade. With cookies like peanut butter, astros and Oreo choc chip and ice cream flavours like bubblegum, burfee and pistachio, this food stall has a strong following and usually sells out before you can say, ‘scoopmesmore’.

Looking for a cool dessert to hit the spot.. it's at Green Hub, Blue Lagoon from 1pm to 6pm today!! #foodtruckinginthe031🙌🙌 #Repost @ozoufff with @repostapp ・・・ Ice cream sandwiches by @scoopmesmore 😍