The Best South African Desserts You Need To Try 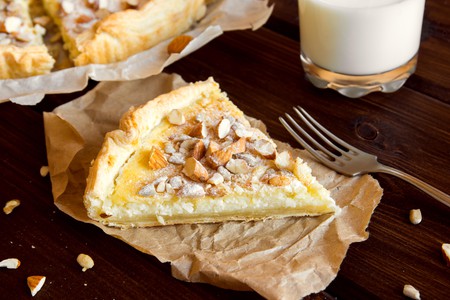 Yes, South Africans love savoury dishes including boerewors, bobotie, biltong and bunny chows. And let’s not forget one of their favourite things to do is enjoy a braai (that’s a barbecue, for everyone else). But they also love their desserts, and a sweet treat is the best way to finish off an afternoon of braaing – which is really all about socialising with friends and food. Here, self-proclaimed pudding expert (and South African) Glynis Horning shares her favourite sweet treats.

Melktert, as it’s known in Afrikaans, is such a favourite it has its own day. National Milk Tart Day is on 27 February, but tannies (aunties) and grannies of all cultures make it year-round. It’s a creamy milk-based custard flavoured with cinnamon, and sometimes cardamom or orange peel, set in a soft shortcrust pasty. You’ll find it at most home industries (bakeries where you can pick up home-cooked delights baked by local women), cafés and even supermarkets, with posher versions served up in five-star restaurants. 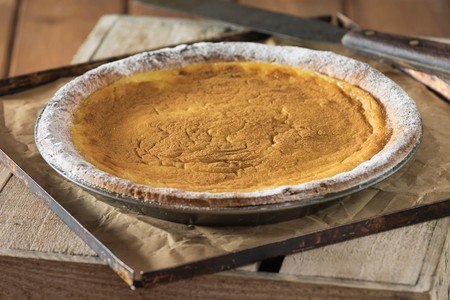 These plaited strips of dough are deep-fried then dunked in ice-cold syrup, so they’re crispy on the outside, tender and oozing with sweet juice inside. You just have to lick your fingers! They’re thought to have begun with the Dutch colonists as a variation on a Dutch doughnut. Today, there’s a killer Cape Malay version known as koesisters, made with a light, fluffy dough, spiked with cardamom and ginger and dusted with dried coconut. The best koeksisters are sold at roadside farm stalls. Grab a packet for padkos (road food), but don’t forget stock up on wet wipes first. 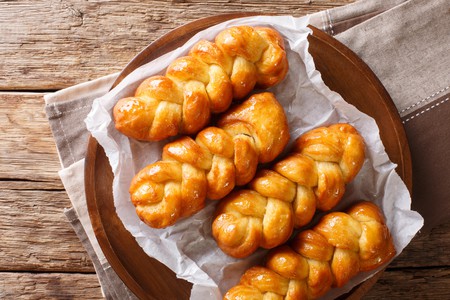 Classic crunchies are a local teatime staple made with wholesome oats, golden syrup and dried coconut, and you’ll find them at home industries and supermarkets everywhere. But when you visit folks in their homes, you’re likely to get an easy option kids love to make, simply stirring rice crispies into marshmallows melted in butter. 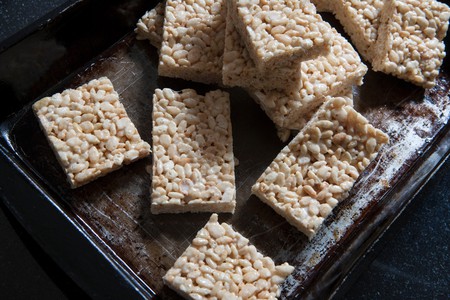 Pumpkin fritters (Pampoen koekies) make a great dessert, but many South Africans turn them into a light meal in themselves. They’re made simply by mashing a couple of cups of cooked pumpkin with half that amount of self-raising flour, a tablespoon of brown sugar, an egg and a dash of vanilla, then frying the fritters on both sides until they start to crisp. Sprinkle with lemon juice and cinnamon mixed with caster sugar. Many B&B hostesses will be happy to whip some up, if you ask nicely.

This baked pud is a South African classic, and every family, restaurant and hotel has its own version. The essentials are that it has a springy texture and tastes of caramel and apricot jam. It’s thought to come from the Afrikaans word malvalekker, or marshmallow. But according to Stellenbosch winemaker and wine merchant Ernst Gouws, it began with family friend, Maggie Pepler, a brilliant self-taught cook who died in 2013 at 87. In the Sixties, Pepler worked as a cook for South Africa’s ambassador in London. There she made malva pudding, which was relished by numerous dignitaries and celebrities, including Henry Kissinger and Oprah. Pepler said she got the recipe from her mom, who called it telefoonpoeding, because farmers’ wives would call each other on the telephone to share the recipe. It’s best served with thin homemade custard and a scoop of ice cream. 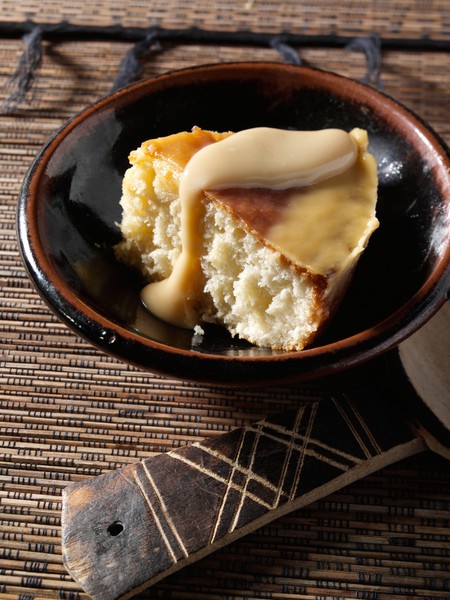 This has all the makings of a South African fave – it’s sweet, it’s quick and it involves chocolate. A home industries staple, it’s basically a creamy blend of caramel treat (or boiled condensed milk), whipped fresh cream and grated Peppermint Crisp chocolate bars, layered with Tennis biscuits (coconut biscuits, a staple in local homes) and topped with another dollop of cream. Yum.

You’ll find this delight at fetes, functions and in folks’ homes, and it’s ideal for a self-catering holiday. You need only four ingredients: two packets of Tennis biscuits, a tin of pineapple pieces, a tin of evaporated milk, and a packet of pineapple-flavoured jelly. Pop the milk in your bar fridge overnight. Then drain the pineapple juice into a pot on medium heat and empty in the jelly powder. Stir until dissolved. Leave the jelly juice mixture to cool. Whip the cold milk until fluffy, and fold in the jelly juice mix a bit at a time, then the pineapple pieces. Line a dish with whole pieces of Tennis biscuits to make a single-layer base, and pour in the mixture. Crush a couple of biscuits and sprinkle on top. Leave in the fridge for a few hours, and tuck in.