Sleep By the Ocean in These South African Lighthouses 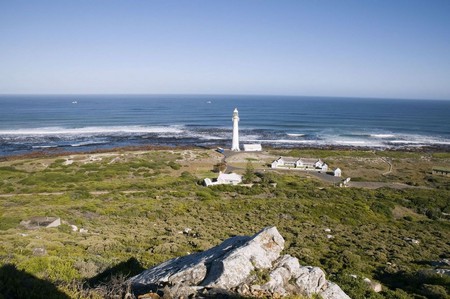 Exploring South Africa’s epic coastline and wondering where to stay? Consider sleeping as close to the ocean as possible in these iconic lighthouses and explore the country’s fascinating maritime history.

South Africa has a long history of shipwrecks, and the numerous lighthouses along the jagged coast are a constant reminder of this. Though modern technology has all but done away with their olden-day charm, lighthouses still play an important part in helping ships sail by safely.

Transet, the government organisation that operates the lighthouses, has turned many of them into incredible tourist attractions. Though you won’t be sleeping in the actual tower you’ll be close enough, staying in cottages right at the foot of these historically significant structures.

Cape St Blaize was traditionally one of the best lighthouse postings light-keepers of old could wish to receive. This is because it’s located on a scenic rock promontory in the quaint but bustling Mossel Bay, a coastal town in the heart of the now-famous Garden Route. Unlike other postings, this was not one of sombre isolation, and the proximity to the busy town meant shops, schools and other businesses were nearby for light-keepers and their families. The lighthouse, overlooking the spectacular bay, was completed in 1864, and though now automated, it is still used and in operation to this day.

There is a comfortable cottage located on the site of the lighthouse. It is self-catering and can sleep up to six people. 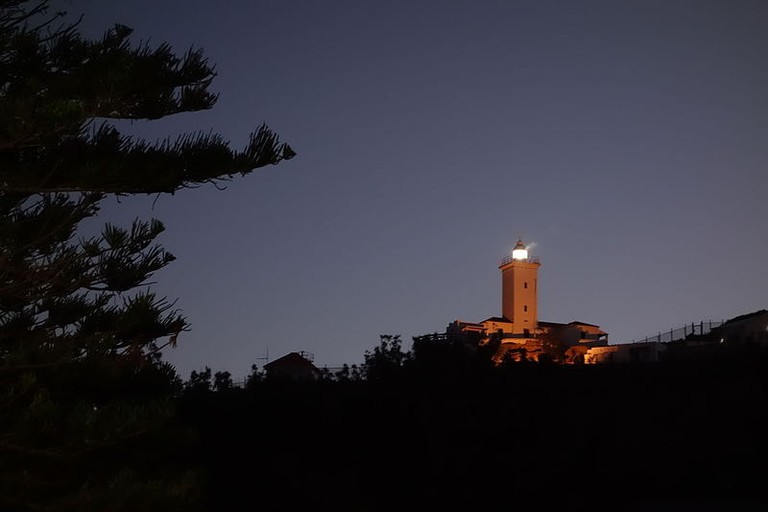 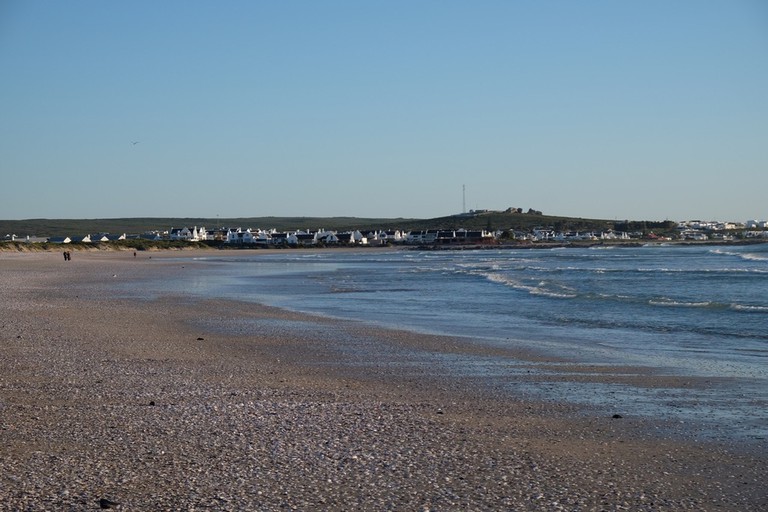 Paternoster | © Andrew Thompson
Though on a calm day the waters along the country’s western coast may look idyllically tranquil, they have claimed many victims over the years. A slew of wrecks lead the government to build a lighthouse there to warn of treacherous rocks and other maritime hazards. Famous lighthouse engineer Harry Claude Cooper, who built more than 30 of the country’s lighthouse, built Cape Columbine on a rocky outcrop in 1936. It had the latest technology to aid approaching ships, many of which hadn’t seen land for several months.

The lighthouse premises is one of the largest available for rent in the country. There is a conference centre, space for tents and marquees, and three fully serviced, self-catering cottages, which sleep between two and six people each.
Open In Google Maps
West Coast Peninsula, Western Cape, South Africa
+27227522705
Give us feedback

Slangkop Point Lighthouse is located on the outskirts of the quiet seaside town of Kommetjie, approximately 40 kilometres (25 miles) from Cape Town. This is the tallest cast-iron lighthouse in South Africa, and its iconic design makes it popular with day tourists who spot it from nearby beaches. The tower is open for tours, and visitors can climb to the top for incredible panoramic views of the nearby bays.

Though there is no accommodation that forms part of the lighthouse, South African National Parks manages comfortable and well-equipped fixed tents a short walk away that are available for rent. 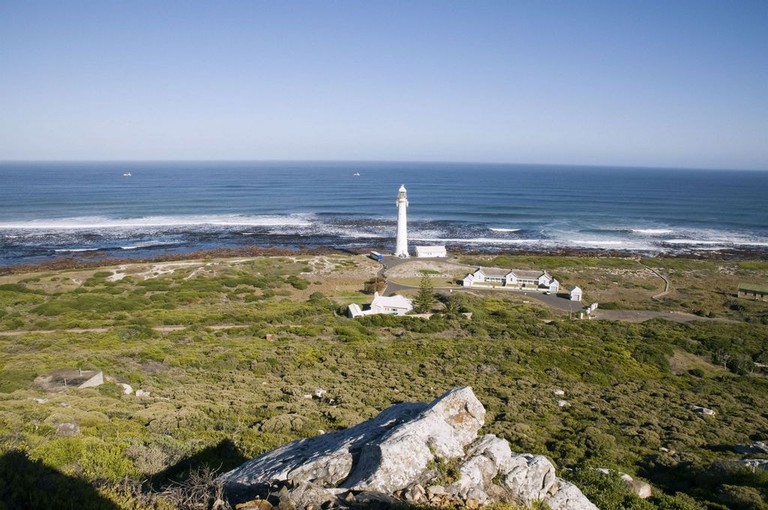 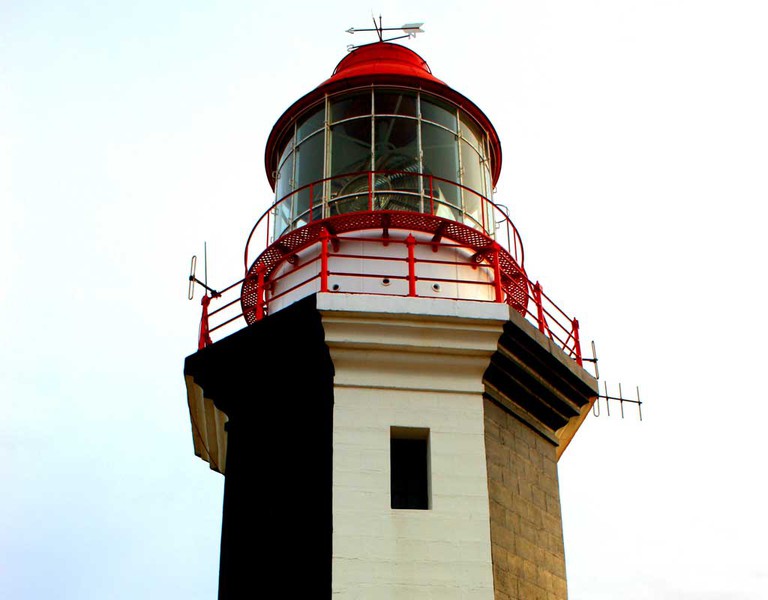 Great Fish Point Lighthouse | © Witstinkhout/WikiCommons
The Great Fish Point Lighthouse, also called Fish River Lighthouse, in South Africa’s Eastern Cape province is one of the shortest, functioning lighthouses in the country. At just nine metres (30 feet) tall, and painted bright red, it’s one of the quirkiest structures of its kind. It’s built on a small hill however, some 76 metres (250 feet) above sea level, so it has an excellent vantage point over the Indian Ocean.

There are two six-bed cottages available for rent on the premises, and there are plans to build a campsite nearby for overnight visitors.
Open In Google Maps
Eastern Cape, South Africa
Visit Website
Give us feedback

Danger Point Lighthouse was previously one of the less-enjoyed postings for South African light-keepers. Though legend has it that this was due to the presence of the infamous Flying Dutchman ghost-ship that haunted the waters, it was more likely due to the isolation of the structure, positioned along a notoriously treacherous stretch of coastline. Authorities built the lighthouse after several notable disasters, including the tragic case of the HMS Birkenhead, which struck an unmapped rock in 1852, killing more than 440 people.

There is a four-bed, self-catering cottage on the premises available for rent, called Gale Force, and visitors can also tour the lighthouse itself. 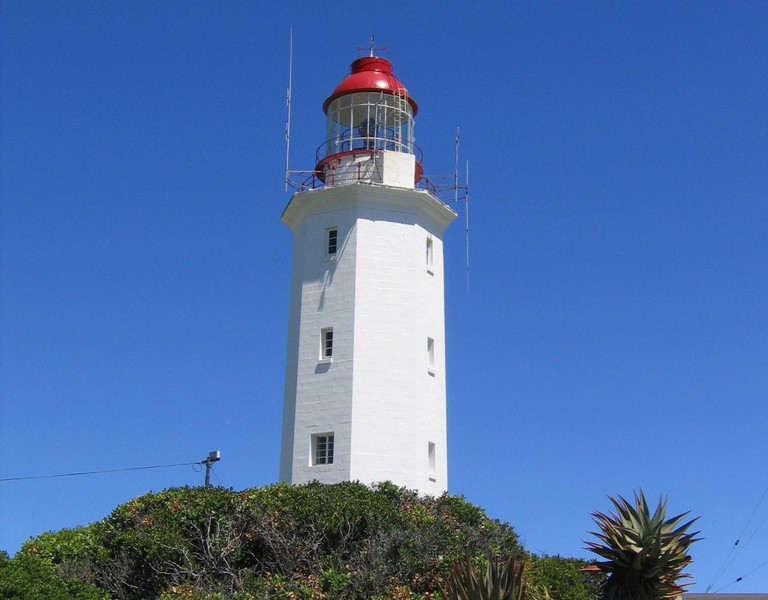