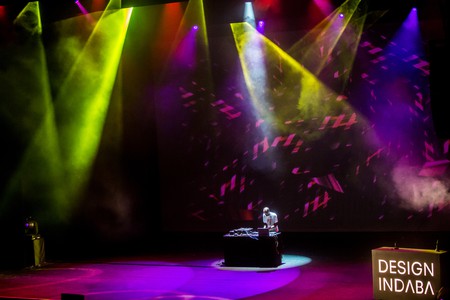 Every year some of the biggest names in the global design and creative industries gather at Design Indaba in Cape Town, South Africa. The festival aims to create a better world through creativity, and during the three days it’s on, visitors get to hear from both established artists and interesting emerging talent. But with a roster of more than 20 speakers released so far, which ones should you look out for? Here are six creatives whose talks definitely shouldn’t be missed.

Advertising giant David Droga founded his own agency in 2006 after working for some of the industry’s biggest names. Since then Droga5 has created some of the boldest, most unusual campaigns out there, and the adman is sure to have plenty of interesting insights and predictions for the industry. Droga’s first-ever job was in the mailroom of an ad agency, so he knows all there is to know about working your way up the career ladder.

Film director Wanuri Kahiu’s second film, the lesbian love story Rafiki, was the first-ever Kenyan feature film to be invited to the Cannes Film Festival, despite being banned in its home country (where homosexuality is illegal). The TED Fellow also writes books and is the creator of AfroBubbleGum, a media company that advocates for fun, frivolous art – a reminder of the diversity of the African art scene. With an LA-based feature currently under way, she looks set to continue to create impressive, influential work. 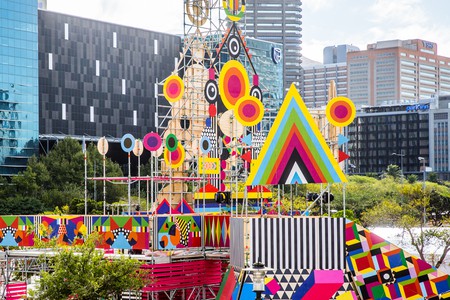 What would be the most challenging thing a designer could be asked to create? A new interior for the London Design Museum would surely be up there, but when John Pawson was asked to do just that, he carried the project off admirably. The British architect and interior designer is known for his ultra-minimalist designs, which apply whether he’s creating a building or a line of cookware. With a career that has spanned 30 years and a number of different scales and typologies, he’s sure to have a lot of good advice to share with the Design Indaba audience.

Some of the most striking political images in 2018 were of the women dressed in red Handmaid’s Tale outfits, complete with white, Amish-style bonnets, who turned up to a number of protests in the US. The outfit, designed by Ane Crabtree, has become a visual shorthand for the fight for women’s reproductive rights. The costume designer is responsible for not just the costumes in The Handmaid’s Tale but also those seen in Westworld and The Sopranos, among others. Her background is far from LA – she grew up in housing projects in Kentucky – but her long career in Hollywood will make for a fascinating story. 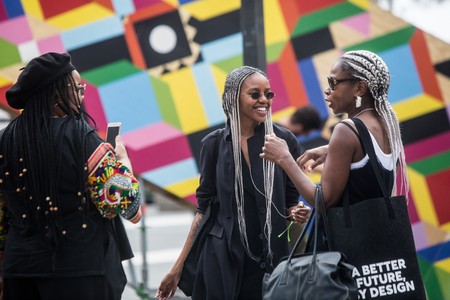 Yuri Suzuki is originally from Tokyo, but studying took him to London, where his design studio is based today. He’s one of the newest partners at design agency Pentagram, but his work is hard to categorise within the regular frames of design references, as it looks into “the relationship between sound and people.” Suzuki’s DIY musical instrument the OTOTO is in New York’s Museum of Modern Art’s permanent collection, and he has worked with the likes of Disney and Teenage Engineering. Expect to hear exciting predictions about the future of sound-and-experience design.

South London not-for-profit organisation Bold Tendencies runs a number of projects, among them the rooftop exhibition space at Peckham’s Multi-Storey Car Park – one of the most beloved places in the area. As well as working with the local community to bring special events and art to the neighbourhood, curator and founder Hannah Barry also started her eponymous gallery, which showcases contemporary art. Her initiatives have truly transformed the area, and the inspiring creative will hopefully share her thoughts and ideas about how to make art more accessible and attractive for the community at large.