Retrace Gandhi's Legacy By Staying in This Johannesburg House 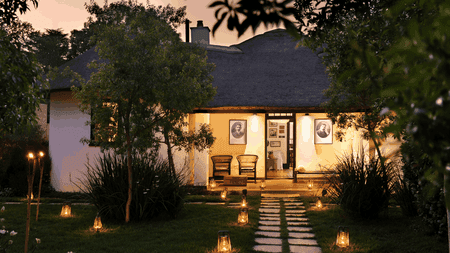 Satyagraha House in Orchards, Johannesburg offers everything curious travellers covet, including beautiful interiors in a prime location and a history unmatched anywhere else in the city. Here’s all you need to know about the historically charged guesthouse.

If overnighting in a heritage site charged with history is what you’re after, you’ve come to the right place. Satyagraha House is situated in an unassuming suburban neighbourhood and if you haven’t heard of it before don’t feel bad, few locals are aware of its existence. 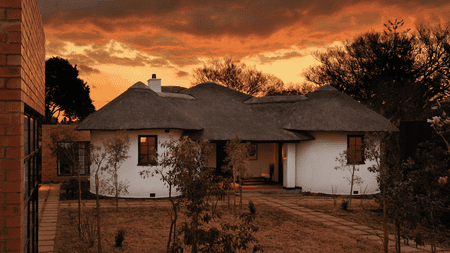 Gandhi lived in this house for a year

Mahātmā Mohandas Karamchand Gandhi spent 21 years in South Africa, being exposed to racial tensions and forming his own way of thinking around the horrific concept of discrimination, so evident during his time in the country. When confronted with the fact that he wasn’t allowed in the whites-only train cart in Pietermaritzburg, a philosophy was sparked, and one that would change the fate of his home country no less. 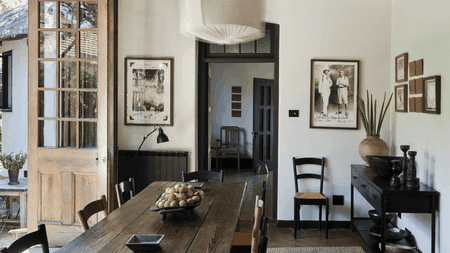 The house boasts an eclectic interior | Courtesy of Satyagraha House

Gandhi maintained that his time in South Africa had a major impact on his achievements and ultimately fuelled him to lead India to its independence. 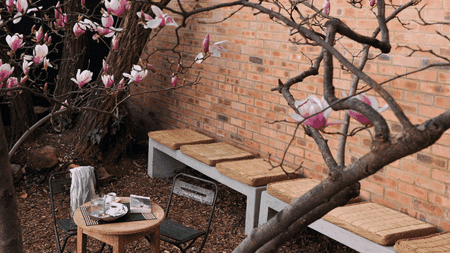 The courtyard | Courtesy of Satyagraha House

His philosophy of nonviolent protest and passive resistance, also known as Satyagraha, was born in the most southern country in Africa. Satyagraha House, named after Gandhi’s philosophy, invites guests to celebrate the great leader and feel his immaculate presence still so evident within its walls. 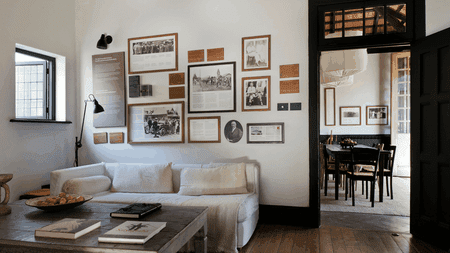 The house reflects its original charm

The house, built in 1907 by Gandhi’s close friend, German architect Hermann Kallenbach, has been renovated to emphasise its original charm. From the thatch roof to the round architecture, it’s a perfect display of colonial architecture fused with African aesthetics. Expect loads of luxury, comfort, amazing service and of course buckets full of history. It truly is like a living museum, as travellers and locals alike come and go, the atmosphere remains sacred in a way. 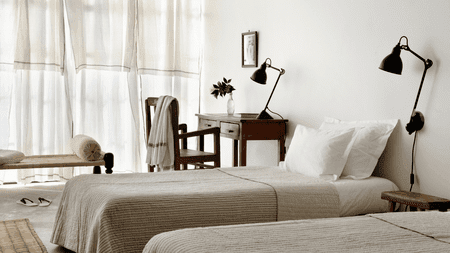 One of the seven bedrooms | Courtesy of Satyagraha House

The property consists of a main house which is also called the “kraal”, an Afrikaans word used to describe a cattle enclosure, because of its resemblance to an African farm, and boasts seven rooms. There’s also a newly added cottage ideal for families. And then, central to the house, the museum focuses on Gandhi’s time in South Africa. 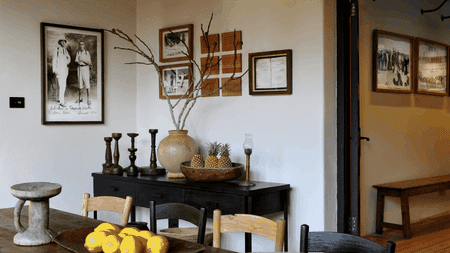