Oudtshoorn, the Ostrich Capital of the World 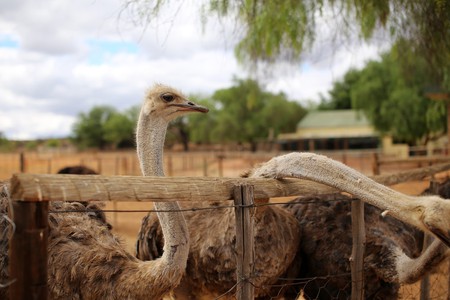 The quiet town of Oudtshoorn lies between the majestic mountains of the Klein Karroo. In winter, snow covers the nearby mountain peaks and in summer temperatures sizzle. Its dry, extreme climate has much to do with the town’s existence and success, where once ostrich farmers bathed in brandy and papered their walls in Pound notes. Here is how Oudtshoorn brought its residents great riches and became known as the ostrich capital of the world.

It all began with the unassuming ostrich, a large, flightless bird whose feathers became a major European and British fashion accessory in the mid-1800s. Although ostriches are indigenous to Africa, the supply of wild ostrich feathers soon began to run short. As supply dwindled, prices shot up. Intrepid Oudtshoorn farmers where quick to realise that the Karroo environment was ideal to raise ostriches and began ripping up their agricultural fields and domesticating wild birds. Lucern (alfalfa) was planted and lands were fenced off, as breeding pairs of birds thrived and farmers pocketed up to R200 (£11,60) per kilogram for their feathers, an astonishing amount way back in 1884.

Although in recent times the demand for ostrich feathers has drastically decreased, their skins are now used to produced high-end fashion accessories, such as handbags, belts and shoes, while their meat has become a popular, leaner red meat alternative to beef or lamb. As such, Oudtshoorn has stood the test of time, and continues as an active ostrich farming town, still boasting the largest number of ostriches in the world. 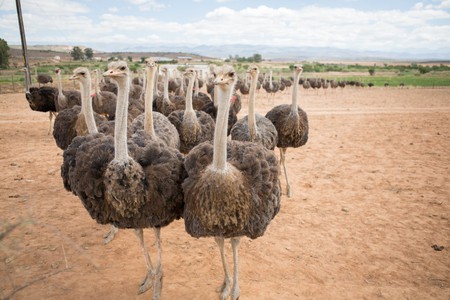 Interested ostriches near Oudtshoorn on the Route 62, South Africa | © razzel/Shutterstock

There are plenty of ostrich farms offering tours in Oudtshoorn, with some of the largest being Highgate Ostrich Show Farm, Safari Ostrich Farm and Cango Ostrich Farm. While tours vary from farm to farm, most offer tractor rides or guided walks out into the fields, where visitors can hand-feed ostriches, view the incubators where the eggs are hatched, and even stand on ostrich eggs. When in season, there are usually a few cute and cuddly ostrich chicks to meet. Once visitors have enjoyed their tour they can browse through the on-site ostrich boutiques or even try a taste of ostrich biltong and grab a meal. 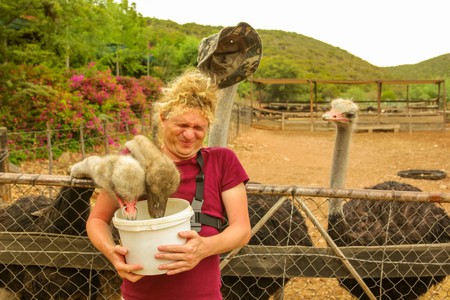 Grand, old architecture is one of Oudtshoorn’s major attractions, and the most visible remnants of the town’s glory days are the crumbling architectural fantasias known as Feather Palaces. During the feather boom, Oudtshoorn’s nouveau-riche had the resources to invest in opulent homesteads, and used an eclectic mix of styles, methods and materials that paid no heed to cost. As a result, many of the buildings were constructed with thick sandstone walls from local quarries, with corrugated iron verandas, high ceilings, large sash windows with heavy teak shutters, and decorated with elaborate, white, cast-iron lace-work railings.

Other points of interest include the C.P Nel Museum that showcases the history of ostrich farming in the town, and the numerous beautiful edifices that adorn Baron van Reede Street. 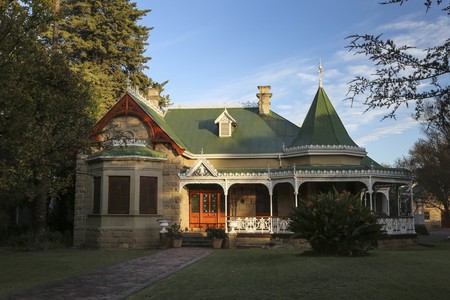 Old feather palace house that use to belong to a ostrich farmer in Oudtshoorn, South Africa | © Erlo Brown/Shutterstock

Don’t be fooled into thinking that Oudtshoorn is only about ostriches and old buildings, as there are plenty of other attractions to enjoy in and around the town. Topping the list for most are the marvelous Cango Caves, a natural wonder and the only show caves in Africa that feature an extensive system of prehistoric tunnels and chambers where magnificent dripstone formations can be admired. Those with a head for heights can try a scenic drive up the Swartberg Pass, one of the most spectacular in the world, with views that go on for miles. Less heart-racing activities include visiting the lovely Karusa Vineyard for great food and wine, or making friends with some reptiles at the Cango Wildlife Ranch and snake park. 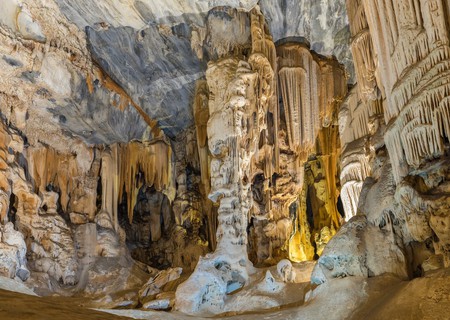 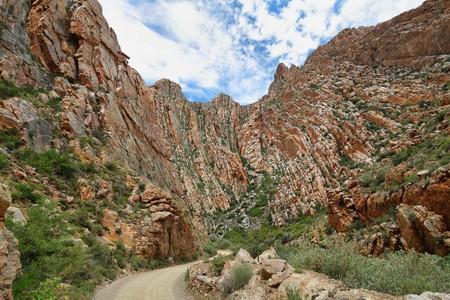