One Chip of Colour in a Bigger Mosaic: An Interview with South African Writer Henrietta Rose-Innes 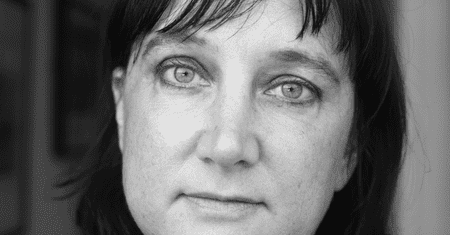 The author of The Green Lion and Nineveh spoke to us about being an emigré SA writer, the “decolonization” of the publishing industry, and being blurbed by J.M. Coetzee.

Among the foremost South African writers of her generation, Henrietta Rose-Innes first came onto the international scene by winning the 2008 Caine Prize for her short story “Poison.” She is the author of several short stories and novels, including Nineveh, which the Guardian praised as “[A] gripping story about an infestation in a smart new development explores sterile wealth and the ‘shifting, restless … discontented city.” While most of her work is set in her native Cape Town, Rose-Innes now resides in Norwich, England, where she is a PhD candidate at the University of East Anglia. The following conversation took place over email.

As a South African writer living in the UK, what are some of the differences you have noticed between readers and writers in the UK and SA? Has being abroad affected or influenced your work?
South Africa is a small, mostly friendly, sometimes incestuous literary world. Writers mostly know each other personally … and we probably know a good percentage of our readers too. While I’ve found supportive groups of writers in London and here in Norwich, it’s also exciting to show my work to readers who are not very familiar with either me or the South African context, and who bring a whole new set of readings to it.

Studying where I am, I’m surrounded by immensely talented young writers who are entering an industry that feels much more aggressively competitive than the one I came up in, with a lot more potential for exposure and reward, but also a greater risk of not breaking out at all. Which is good, of course, for focusing the mind, and part of why I came here; but in many ways I’m glad I was first published in South Africa, and did my first failing-and-getting-up-again there, where initial access was relatively easy and the stakes felt lower.

Working in South Africa, I’ve also also felt that I’ve had more opportunity to make a contribution to a national cultural debate – and one that is rapidly evolving in exciting ways. Here in the UK, I probably will always feel like something of an outside observer. But this can also be a position of strength. I think a tone of slight dislocation and remove has seeped into my work, and that suits my themes quite well. Up to now, I’ve always been focused on writing about specific landscapes that I know very well – Cape Town, basically. But since moving, I’ve found this shifting; I’m less tethered to the real. The world I’m writing about in my current novel is still recognisably South Africanish, and I’ve produced a couple of short stories that are Norwichish, but everything has taken on a slightly strange, otherworldly cast, which I’m enjoying.

You’re newest (and great) novel The Green Lion was published in South Africa last May and will be published this year in the UK. How is the reception for a new book different in the SA as opposed to the UK (or even the US where Nineveh appeared last November).
Thanks, I’m still finding out! Nineveh has only been out in the US and UK for a couple of months, so we shall see. But it’s been interesting, how it’s been read. Non-South African reviewers seem to want to find in it an allegory for the state of South Africa, with necessarily an emphasis on racial dynamics. That’s understandable – foreign writers are often called on to be emissaries and explainers of the worlds they come from; and of course those politics do infuse the book. But South African readers, I think, understand my writing as more focused – one chip of colour in a bigger mosaic, a voice from a specific place and background, in conversation with other writers. In a society as diverse and rapidly changing as South Africa, that’s a sensible way to view one’s contribution. The allegorical elements I was more consciously shooting for are actually more universal – the rise and fall of cities, urban co-existence, and exchanges between human and non-human worlds.

I’ve also noticed that the ecological themes of Nineveh have been given more attention than they were when the book came out in South Africa, which has pleased me and made me adjust how I talk about the book. I think this is partly a function of the gap between publication dates: environmental concerns are more intensely topical than they were even five years ago, and there’s a strong cultural interest in animal consciousness and human/animal relationships. I think this is part of why the book, and Green Lion (so far, the French edition), have found international audiences right now.

Does SA have a culture of criticism and review? Would you welcome a South Africa Book Review?
The smallness and lack of diversity of the SA literary world has an inhibiting effect on the reviewing culture: everybody knows each other or is in some way professionally indebted to each other. Many writers come from similar backgrounds (usually, of privilege) and belong to the same networks. Of course this in inevitable – writers will support each other, we wouldn’t survive otherwise; but we do need to continue to press for greater diversity, to continue broadening the community of readers and writers and reviewers.

Like everywhere, the space given to literature in the traditional South African press is shrinking. Bloggers and independent websites are often the ones to step into the gap and generate enthusiasm for local literature. There is also an academic community doing interesting work on a smallish pool of South African writers, but I don’t think that crosses over much into general readers’ awareness. To fill that gap, I would certainly welcome a platform for long-form, in-depth, serious reviewing. 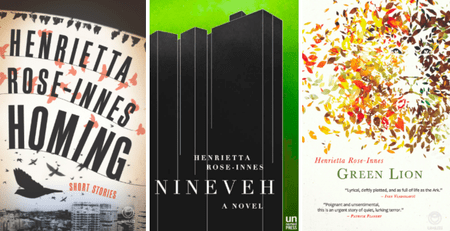 J.M. Coetzee once praised your work as a “welcome addition to the new South African literature.” What to you defines this “newness” of South African literature? What are its concerns?
That quote, I have to tell you, is from a long time ago now … “new” South African literature is not what it was! In 2000, when I was first published, there was a perceived gap between an older generation of writers and writers coming up post-apartheid, who were starting to explore a wider variety of modes – genre writing, less overtly political stories. I think my first book was viewed as part of that, although I was never really comfortable with that characterisation. There were also at the time very few young local writers being published.

That has all changed radically in the last 15 years. There are a ton of exciting younger writers now. It’s not an easy publishing environment, but a range of independents and local imprints valiantly persist. Creative writing courses at the universities are popular and have launched a number of careers. And there is a turn back to the political (not that it ever went away), with intense debates going on around identity and the “decolonisation” of a publishing industry that remains white-dominated. Young black writers are gaining prominence. This transformation is the most important development at the moment. But SA literature is not monolithic: we have a healthy variety of genres, from crime to romance to graphic novels; the industry is much less restrictive, in terms of what is viewed as publishable, than it was when I started out.

Who among your SA contemporaries are excited about?
There’s many I could mention – and many I will miss out; I haven’t been keeping up with new South African writing as I should, and hope to rectify that when I’m through the PhD. Curiously, as I haven’t been reading much poetry, a number of young poets spring to mind: I really like the work of Nathan Trantraal, Toni Stuart, Genna Gardini, Ronelda Kamfer. For prose, look out for the excellent debut novels by Masande Ntshanga and David Cornwell. Ivan Vladislavic and Ingrid Winterbach continue to produce extraordinary things. Hedley Twidle writes consistently fascinating essays. And I’m looking forward to whatever comes next from SJ Naude, Yewande Omotoso, Diane Awerbuck, Nadia Davids, Rachel Zadok, Rustum Kozain …

What are you currently working on?
I am currently finishing a novel manuscript as part of my PhD, provisionally entitled Stone Plant. It will form the last part of an extremely loose trilogy, with Nineveh and Green Lion, that explores human encounters with the non-human. This one concerns ancient, co-dependent human relationships with the plant world. For now I’ll say only that it involves a very old psychotropic plant and takes place largely in a Concrete Island-esque disused highway interchange, a nebulous space between more established zones. No doubt a reflection of my own situation, shuttling between continents.