How To Celebrate New Year's In South Africa 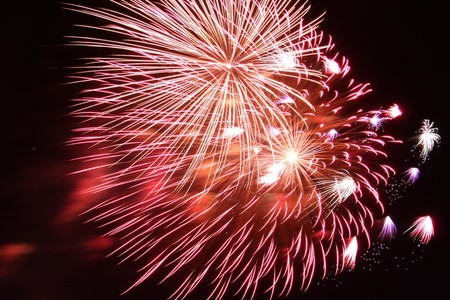 Whether you intend on shaking what your mama gave ya at a trance festival, enjoying a lavish dinner, or experiencing an African safari adventure, read on for how to celebrate New Year’s in South Africa.

The V&A Waterfront plays host to arguably the biggest New Year’s Eve party in South Africa. This year they’ve upped their game by introducing several outdoor entertainment zones and a variety of carnival-themed performances, culminating with a magnificent fireworks display at midnight. From 5 p.m. onwards, each zone will come alive with circus performances, roaming musicians, bands, dancers, floats and carnival characters, while more than 80 restaurants and food trucks will be on hand for a late night snack.

Ring in the new year in a majestic setting at the Kirstenbosch Botanical Garden where renowned South African musician Johnny Clegg will get you dancing. Mr. Clegg will be joined by Slow Jack, a new Cape Town pop rock band whose debut single ‘Love to Dream’, recently made it to number one on the SA charts. 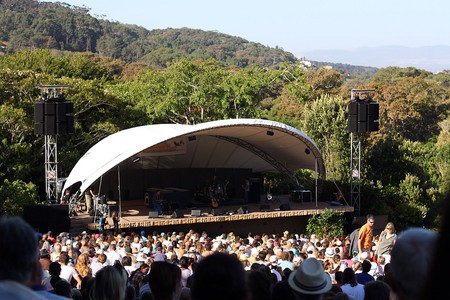 Comedy Show and Party at the Cape Town Comedy Club

Laugh and party your way into the new year at the Cape Town Comedy Club, situated at the V&A Waterfront. The CCC’s New Year’s Eve lineup of top South African and international acts will have you doubled over with laughter before the clock strikes 12. After the countdown, DJ Godfrey will keep the party going until the wee hours of the morning.

Sip on sparkling wine as you cruise about Table Bay Harbor on board a stylish catamaran or schooner, and watch the spectacular midnight fireworks display. 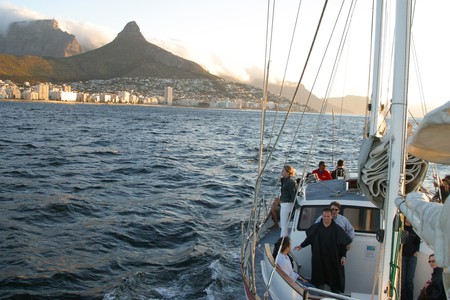 If you’d prefer to get away from the city, consider heading to the mother of all trance parties at the Pat Busch Mountain Reserve in Robertson. Rezonance is returning with a bang to help you welcome in the new year. The festival promises four days of stomping madness, crazy beats and a stellar lineup featuring local and international psytrance, dub, techno and electronica DJs. Revelers can choose to pitch their own tents or rent one of the pre-pitched tents or teepees available for the long weekend.

Revolution, Gauteng’s annual New Year’s Eve outdoor festival, promises an earth quaking, soul shaking three-day open-air extravaganza. Partygoers can look forward to two epic stages, two international artists, 40 DJs and live acts all complemented by insane UV decor and intelligent sound and lighting. There will also be a tent area, hot showers, swimming pool and a licensed bar and restaurant to make your stay comfortable. So put on your stomping boots and get down to the Hornbill Lodge in Magaliesberg this New Year’s.

Watch the first sunrise of the new year while floating over the spectacular Magalies River Valley. After the scenic 60-minute flight, you’ll be treated to a delicious champagne breakfast at Bill Harrop’s balloon base in the Cradle of Humankind. 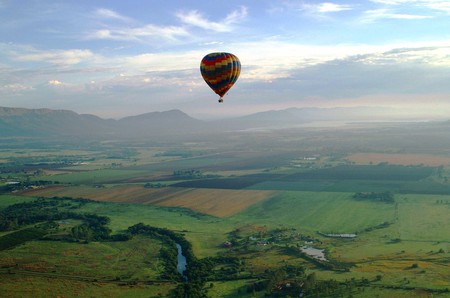 The Barnyard Theatre at the Emperor’s Palace will be hosting a 90s Mania New Year’s Eve party. The epic event is a celebration of the 90s and its variety of cool music such as pop, rock, alternative and the decade’s countless one-hit wonders. The event will feature an 11-member cast of singers, dancers and musicians. If you count Nirvana and The Red Hot Chili Peppers or Celine Dion as some of your favorite musical artists, then you should not miss this nostalgia-inducing party! 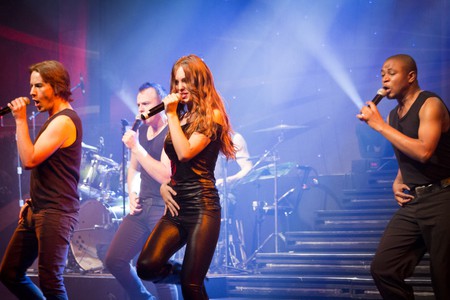 A performance at the Barnyard Theater | © Werner Vermaak

Celebrate New Year’s on the foothills of the Drakensberg with the Amphitheater as its centerpiece — one of the most beautiful mountain ranges in the world. This annual three-day festival, hosted at the Amphitheater Backpackers Lodge, features four stages and 40 acts to keep you entertained. A campsite is available for revelers as well as hot showers, a jacuzzi, sauna, rock pool and other great amenities.

Spend a quiet and relaxed New Year’s surrounded by nature and wildlife at the Makakatana Lodge, situated in the magnificent iSiMangaliso Wetlands Park on Lake St Lucia. The park is a World Heritage Site boasting unspoiled beaches, vast wetlands and game reserves. Booking a suite at the lodge includes game drives to see the Big Five and safari tours of the wetlands and coastline by boat.

Cost: From R7,900 for two people sharing per night 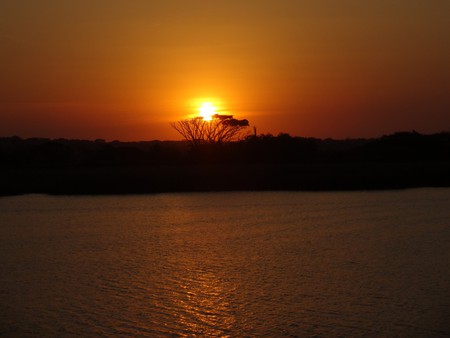 Join the Durbanites for South Africa’s biggest street party in the swanky coastal town of Ballito, Durban this New Year’s. The top-notch annual event boasts three dance floors, talented performers, top local artists and DJs, amazing decor and so much more. This year tickets are limited to 5,500 so get yours pronto before they sell out!

‘A Night at the Taj Mahal’ New Year’s Eve Dinner

Step into a world of opulent beauty at the five-star Oyster Box Hotel situated on Umhlanga’s beachfront overlooking the Indian Ocean. Patrons will be treated to a sumptuous three-course Indian cuisine dinner, while henna artists and Indian traditional dancers will provide entertainment. After dinner, DJ Daniel Israel will take you into the new year. 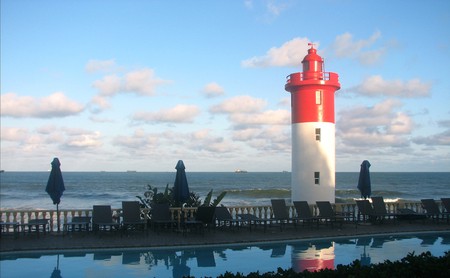 The view from the Oyster Box Hotel pool deck | © ThisParticularGreg/Flickr

The New Year’s Eve annual lantern parade is a truly inspiring community event run by the Bethesda Arts Center in the little Eastern Cape town of Nieu Bethesda. Join the magical parade at 8 p.m., which will wind through the town under a starry sky, and end at the Arts Center where dancing and feasting takes place. You can make your own lantern at one of the workshops or have the community artists make one for you.

Experience an African safari adventure in the majestic Kruger National Park, home to a variety of wildlife including the Big Five. There are a variety of accommodations for all budgets in and around the Park, many of whom offer game drives and guided bush walks. 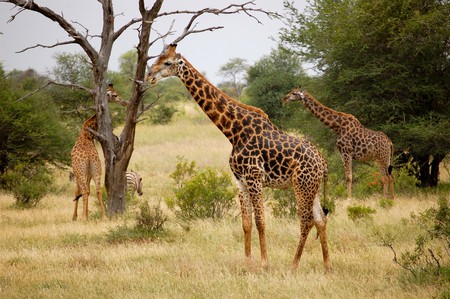 Welcome the new year along the banks of the majestic Orange River, surrounded by a mountainous, semi-desert region in the Northern Cape. Many companies offer three to six-day tours where you get to sunbathe, canoe down the river and tell stories around a cozy campfire. To end it all off, guests are treated to a delicious spit-braai and New Year’s bash on December 31st. 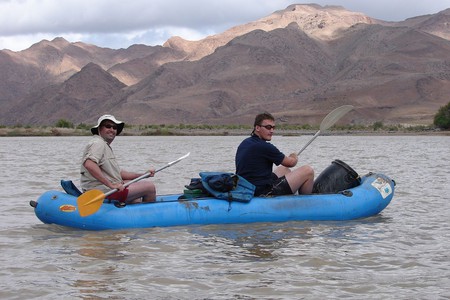