How Animals Are Adapting to Mankind's Dangers 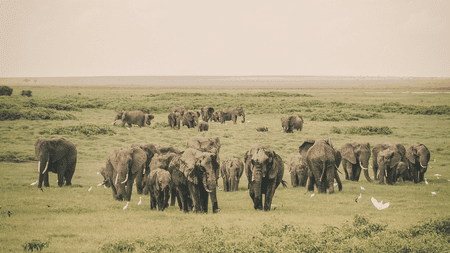 Climate change, pollution, poaching. Man is impacting animals in a big way. Luckily, though, they’re not too bad at adapting to whatever we throw their way and, for many, adaptation is key to survival.

It seems that evolution has become the new anti-poaching tool for many animals, including elephants. Over a 20-year time span, the number of tuskless female elephants in Zambia, grew from 10 percent to a staggering 40 percent. Furthermore, in Sri Lanka, less than five percent of the male elephant population has tusks. Why? Evolution? Survival? Elephants without tusks live longer (because they’re not threatened by poachers) and as such are able to reproduce (which is really what it’s all about).

Another way elephants are duping poachers is by migrating into Chobe National Park in Botswana from neighbouring countries. The park has become a safe haven for these pachyderms and researchers believe that they’re communicating with one another through sophisticated means to relay messages of danger and threat. Another fascinating characteristic of their means to survival is that they’re migrating at night to avoid being spotted by poachers. 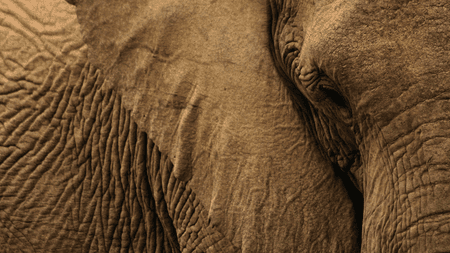 In many countries, locals still hunt for food, i.e. bush meat. In Guinea, Africa, snare traps have been set up for decades to catch cane rats and other animals. Remarkably, the chimps living here have managed to somehow figure out how to dismantle the mechanism. Researchers aren’t sure how they’ve made this revelation, but humans are being outsmarted and, what’s more, adult chimps are teaching their offspring the same skills.

Then there are the bighorn sheep of Alberta, Canada, named for their massive horns, which, unfortunately, make them a favourite target for game hunters. This is a catch-22 situation, as sheep with bigger horns are better able to defend themselves and are more attractive to female counterparts, but they are also desired as wall mountings. Because sheep with bigger horns are being hunted, smaller sheep are surviving and reproducing. Enter natural selection. Today, less sheep are donning large horns (large enough to be shot, according to hunting regulations in Alberta anyway) which means more of them are flourishing. 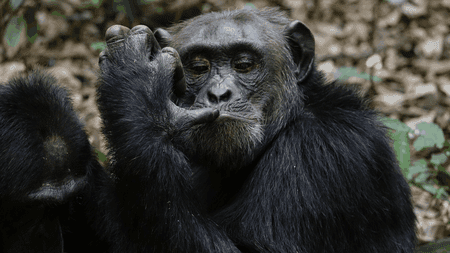 Chimps are outsmarting humans, and teaching their young to do the same | © M Tanenbaum/Pixabay

Changing with the climate

Tawny owls, found in Europe’s dense (and moderately temperate) forests, got their name from their brown colouring. There are, however, different shades among brown tawny owls, depending on their habitat. Paler brown or grey tawny owls are found in snowy habitats, to help them blend in. Recently, less snow (in countries like Finland) has seen an increase in browner tawny owls. Logically, less snow means darker coloured tawnys.

The red squirrel, found in large parts of North America, is another animal that is rapidly adapting to climate change. A study by Dr Stan Boutin, from the University of Alberta in Edmonton, found that the squirrels, confronted by warmer spring temperatures and larger food supply, are breeding earlier. This means that they’ve evolved to change their genetic makeup in response to climate change. Why? Offspring born earlier have a better chance of survival as they’ll be stronger when autumn comes around; they’ll be able to fend for themselves when food isn’t as abundant. 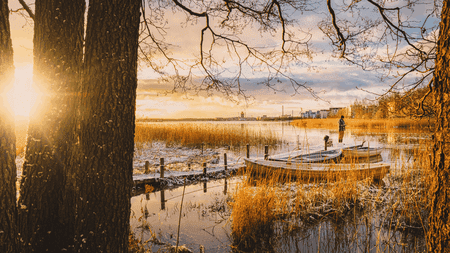 Many animals have even adapted to withstand poison and pollution, the most common being rats and mice. Warfarin, the pesticide, is one of the main poisons used to get rid of them – quite literally. Recently, however, the poison seems to have no effect on these rodents. They’ve adapted and become immune.

Although not an animal, the Atlantic tomcod deserves a mention because of its fascinating evolutionary traits. These bottom-feeders have developed a gene that makes them immune to toxic polychlorinated biphenyls (PCBs) that were dumped in the Hudson River between 1947 and 1976. PCBs were, since the 1920s, used in hundreds of industrial and commercial products until being banned 50 years after their introduction. Although the chemicals have threatened the existence of many creatures in the river, the Atlantic tomcod seem to be flourishing in spite of it. 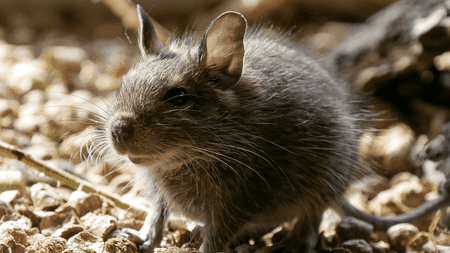