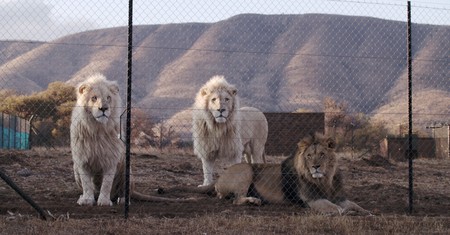 New documentary Trophy challenges the viewer on the commodification of endangered animals. It’s a thought-provoking film, with Tom Hardy acting as one of the executive producers, and we spoke to co-director Christina Clusiau to find out more about the project.

These exclusive images capture the power-house industries involved. Big game hunting, farming and conservation all play a part in Trophy and Clusiau talks us through what each of these stunning – sometimes tragic – photographs mean. 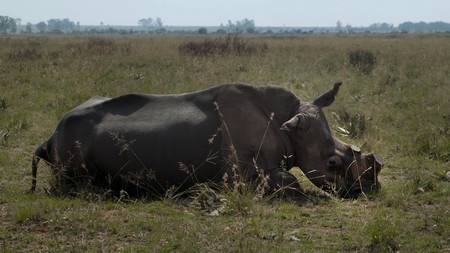 “Staff at John Hume’s rhino-breeding project de-horn a rhino. Rhino horn is a renewable resource that takes roughly 24 months to fully grow back. Mr. Hume is the world’s largest rhino breeder and has invested more than 50 Million US dollars in his rhino project. He currently is the custodian of over 1,500 rhinos, and fears that without legalization in the trade of rhino horn his project will come to an end.” 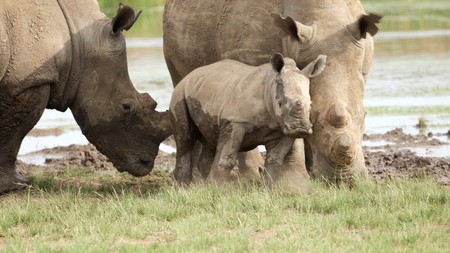 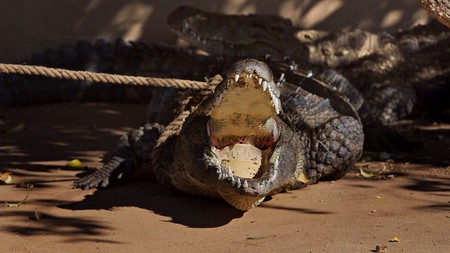 “Captive-bred crocodiles are captured to be relocated to Mabula Pro Safaris, a breeding and big-game hunting ranch in Limpopo province South Africa.” 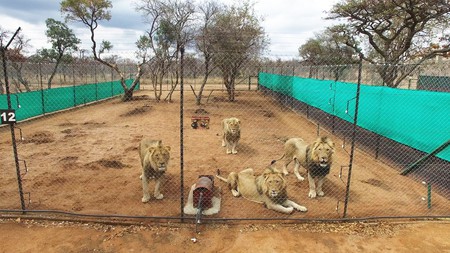 “Raised for the bullet, these animals will live in captivity until being released days before they will be sold to other breeders or hunted by international clients.

Now that the United States Endangered Species Act includes lions, breeders are in a difficult spot. Though [there’s] not a ban on hunting lions, there is a ban on the importation of captive-bred lions from South Africa. The imposed law aims to reduce the number of lions shot by American hunters by making it impossible to bring dead lions back to the USA. [Estimates suggest that], before the ban, 46% of all lion trophies were imported to the United States.

Some breeders have speculated that they will have to get a return on their investment in other ways than selling them to be hunted. One option that often causes outrage among animal rights activists is the suggestion that lions could be euthanized and their body parts sold legally to be used in folk medicine. There is a growing demand in Asia for lion bones.” 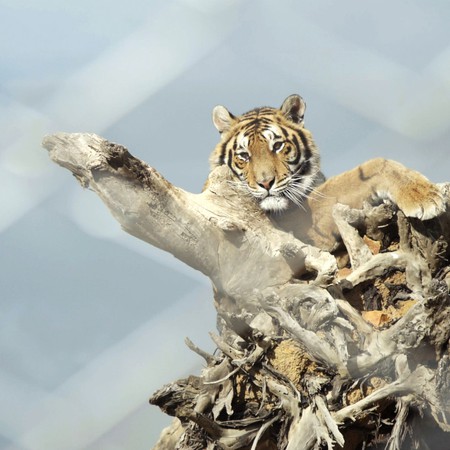 “Though tigers are not allowed to be hunted under international law, we saw them at the properties of several big cat breeders.

They most often described them as hobby animals, or said they were interested in helping to preserve the species, but these animals are expensive to feed and house.” 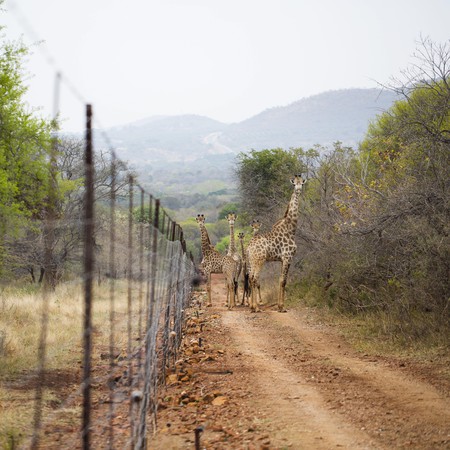 A family of giraffes on the Hume property in Malelane stand near a tall fence. Courtesy of: Christina Clusiau & Shaul Schwarz, TROPHY LLC

“With reports of giraffes numbers in the content going down they have become a more desirable trophy animal – if you can find space in your house for the resulting taxidermy.

The giraffe calf can stand up and walk after about an hour and within a week, it starts to sample vegetation.

The fences are designed to keep the different populations of animals from intermingling and of course the boundary fences prevent the animals from leaving the property all together.”

Trophy is released on 17 November in cinemas and digital download.