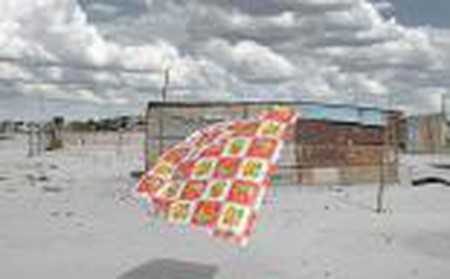 In a country struggling to shape its identity in the wake of recent history, photographers from South Africa have employed their chosen medium to explore an ever-changing cultural climate that is, in the words of photographer Graeme Williams, ‘like a complex social experiment.’ As a result, some of the most renowned photographers working today hail from South Africa; here, we round up ten of the leading names. 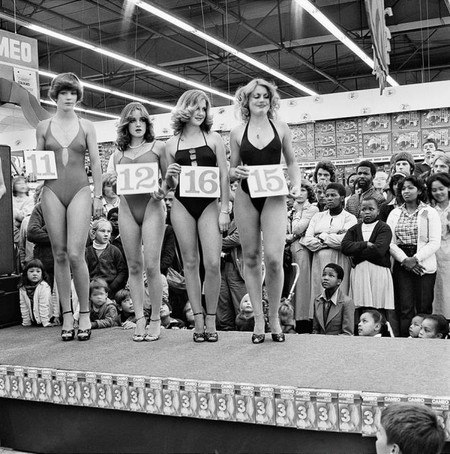 Saturday morning at the Hypermarket: Semi-final of the Miss Lovely Legs Competition, 28 June 1980 From the series In Boksburg | © David Goldblatt / Goodman Gallery

Perhaps the most famous South African photographer working today, David Goldblatt is known worldwide for the images he captured of the country’s Apartheid era, both as a photojournalist, and for his own personal body of work. Stark, black-and-white images provide an unflinching yet poignant view of this period of South African history, and raise profound questions about inherent social structures and ideologies: from a ‘Lovely Legs’ beauty contest (Saturday Morning at the Hypermarket, Miss Lovely Legs Competition, 1980); to the chilling Lawrence Matjee after assault and detention by the Security Police (1985), in which Matjee stares out bleakly from the image, forcing the viewer to acknowledge the truth of Apartheid for the black population. South Africa remains Goldblatt’s subject today, and since the early 2000s he has begun to use colour photography, too; a muted palette that remains high in contrast, creating complex compositions that are as lyrical as they are harrowing. 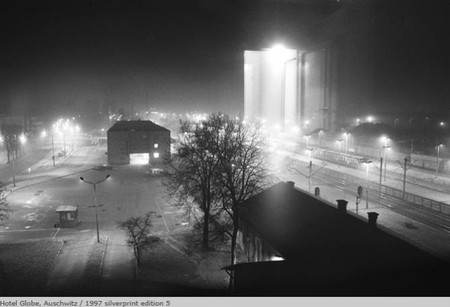 There is a certain disembodiment to many of Santu Mofokeng’s images that perhaps comes from a sense of timelessness, or rather an inability to determine what precise era is being shown. His evocative landscapes often have a sense of a vast expanse: railway lines disappear onto the horizon, and many images have no fixed focal point or are seen through a haze. This creates an overwhelming inability to place oneself in the landscape, perpetuating Mofokeng’s continued exploration of belonging and ownership of land. Mofokeng’s portraits are equally enigmatic; often subjects are only seen partially, and even those that appear in full have the sense that something is being held back, or obscured from the viewer. 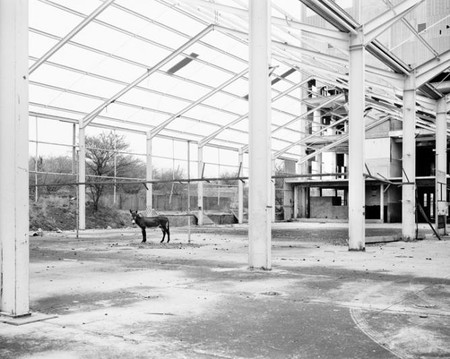 Whilst so much photography produced in South Africa relies on documentary or observation, Jo Ractliffe will often set out to create fiction. With an interest in the mythologies that can generate around certain geographical locations, Ractliffe’s method of approach is not to see what truth she can capture with her camera, so much as what fiction is created when a subject is put on film. The series ‘Terreno Ocupado’ was shot in Luanda in Angola, a country that for Ractliffe had remained ‘an abstract place’ until she read Ryszard Kapuscinski’s seminal book Another Day of Life. Talking of visiting the city for the first time, the photographer herself said: ‘Five years had passed since the war had ended. I entered the myth.’ 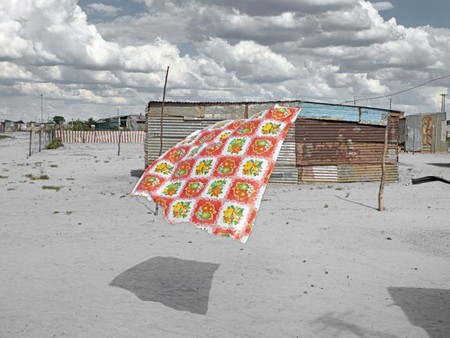 Starting as a photojournalist in the late 1980s, Graeme WIlliams was contracted by Reuters to cover news stories in South Africa to be broadcast to the rest of the world. With the fall of the Apartheid, Williams was no longer under the obligation to document specific current affairs, and so moved away from reportage and the need to communicate a specific news story. His works still contain a strong narrative, yet this is told through a subtly enigmatic and expressive visual language. Still maintaining a rigorous practice of research, he continues to photograph South Africa and its continued change; still, images are haunting and almost painterly in their composition, whether a bleak landscape of a disused brick factory or the remains of a telegraph pole that has been struck by lightening, hanging suspended from its wire. 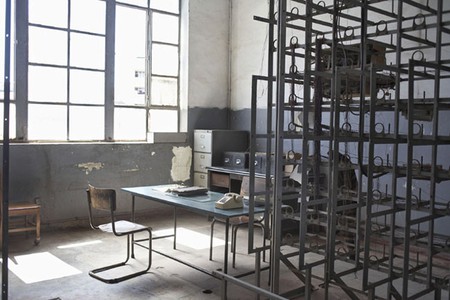 The images Guy Tillim produces are quietly harrowing. Starting as a photojournalist during the Apartheid, his work has moved into fine art photography, though his subject matter often remains the troubled regions of sub-Saharan Africa. His work is not an attempt at sensationalism, but rather observation of the humanistic side of conflict. Sometimes using angles or showing the in between moments of events, each image alludes to a specific and rich narrative that nonetheless remains oblique. 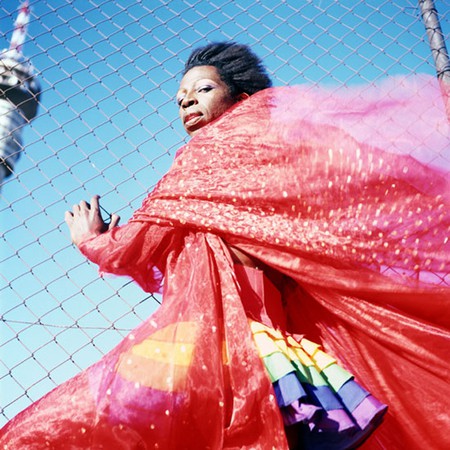 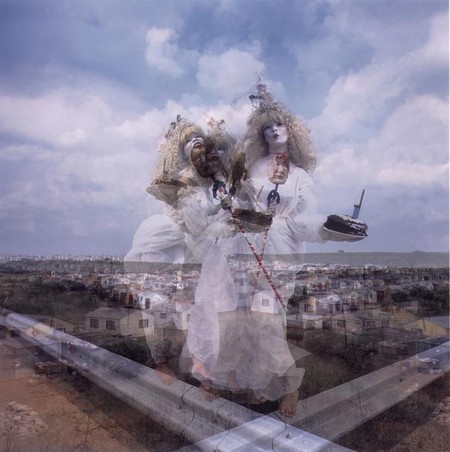 Trained as a Fine Artist, Tracey Rose works across photography, video installation and performance. A mixed race artist who grew up in South Africa, Rose does not look outwards to address the key themes in her work, but instead will turn the lens on herself; creating works that explore notions of gender, race and sexuality within the context of South African society. The artist rose to prominence after her video installation Ciao Bella was featured in the Venice Biennale in 2001; a complex work in which she staged a parody of Da Vinci’s Last Supper (1495 – 98), performing different roles both from history (Marie Antoinette) and fictitious (such as Nabokov’s Lolita). Her baroque works provide a visually stunning exploration of historicity and identity, that are at times humorous and other times terrifying. 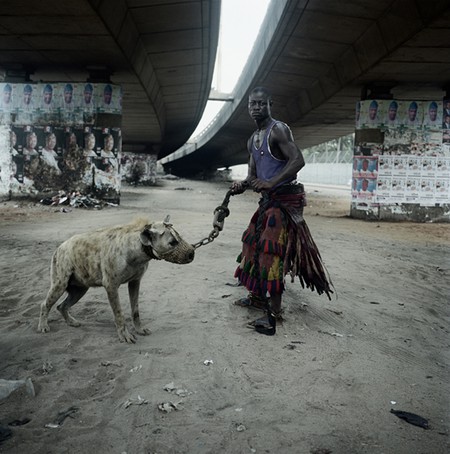 Pieter Hugo’s subject matter is extremely broad and wide-ranging, encompassing Nollywood actors; destitution in Rwanda, ten years after the genocide; boy scouts in Liberia; and a group of travelling performers from Lagos, who lived with four hyenas and a monkey. There is a self-awareness to his photographs and his own position as a photographer; as a white South African, Hugo’s work addresses the limitations of one person’s ability either to comprehend or capture a subject. Hugo’s photographs read as an exploration of the parameters of representation, the individual’s subjective take on an event or a person, and the aesthetic image that can be produced as a result. 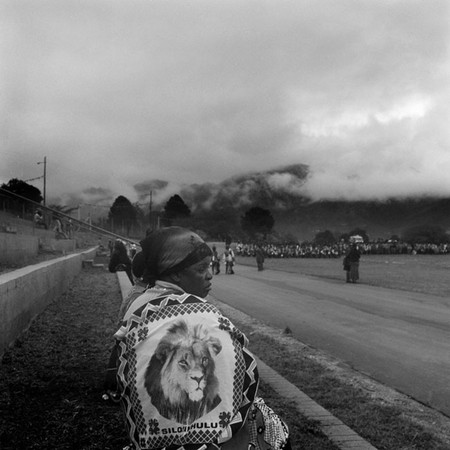 Sabelo Mlangeni creates photo essays that observe elements of life that may have gone unnoticed. His photographs often look at marginalised communities, or people who live outside the mainstream of society, such as members of the LGBT community in rural South Africa, women who clean city streets at night and the inhabitants of the all-mall hostels in Johannesburg. While his choice of subject matter is often politically or culturally loaded, his portraits nonetheless contain an intimacy that is created not through voyeurism but through the time the photographer invests to build a rapport with his subjects. 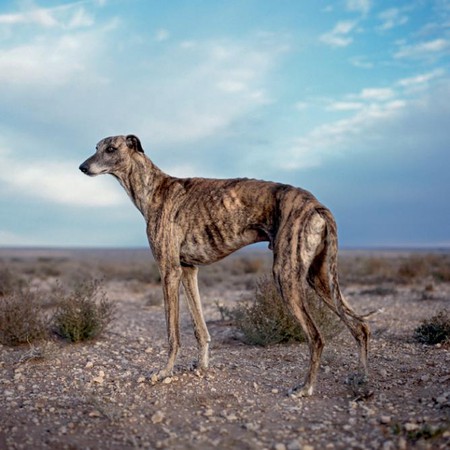 Daniel Naudé’s ambitious project ‘Animal Farm’ began when he encountered a feral Africanis dog on a roadtrip in Mozambique. This led to an obsessive search across the veld of South Africa to capture more images of these animals that lived wild in the plains, and the surrounding landscape that they are found in. There is an epic quality to each image, created through their framing and their position in the dramatic landscape, that lends an uncanny feel to the portraits. Somewhere between a paen and a confrontation with his subject, each image alludes the sense of impending danger, yet also the desire to capture with dignity and respect an animal that for Naudé has come to represent South Africa.